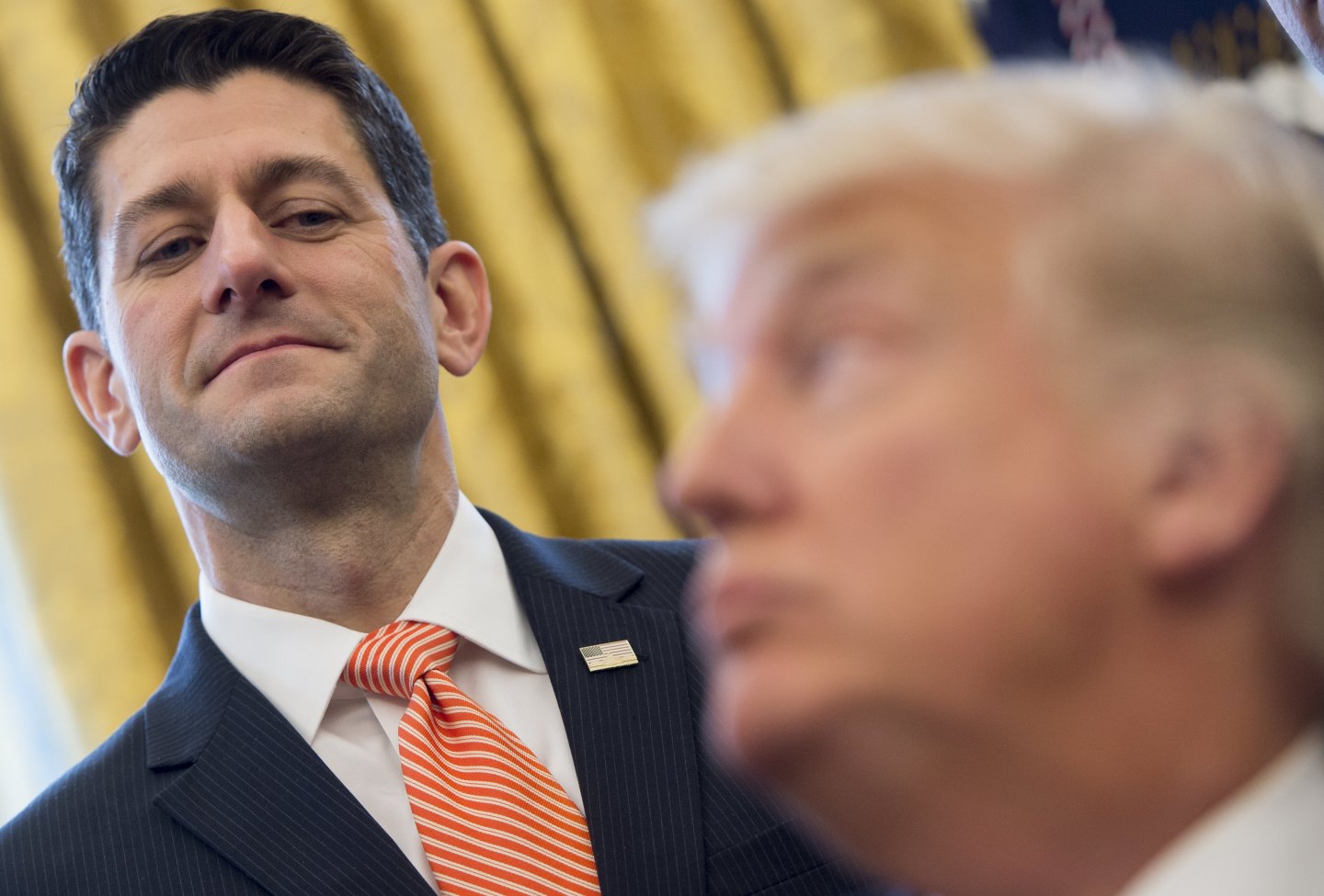 Trumpcare is back. But its resurrection may be short lived.

The GOP’s Obamacare replacement effort (which initially failed in stunning fashion last month, when House Speaker Paul Ryan had to pull the bill because it lacked support among his own caucus) has had a dramatic week. Negotiations over the bill are ongoing as the threat of the second federal government shutdown in less than four years looms. But on Wednesday, House Republicans appeared to reach a breakthrough with a new health care deal endorsed by the hardline Freedom Caucus, which helped sink Trumpcare 1.0.

That means there’s at least a chance the House GOP can cobble together the votes to pass the latest iteration of the American Health Care Act. However, even if they do (and as Ryan himself admitted on Thursday, this isn’t guaranteed to happen anytime soon), the chances that President Donald Trump will be getting an Obamacare-gutting bill on his desk are still slim as the proposals shift rightward and alienate moderate Republicans, especially in the Senate.

The newest proposed Obamacare deal centers on something called the “MacArthur Amendment,” proposed by New Jersey GOP Congressman Tom MacArthur. Simply put, the provision would give states far more authority to dismantle Obamacare’s major protections—including financial shields for the sick, the elderly, and Americans who require specific benefits like maternity or mental health coverage which insurers would be allowed to forgo. (Health care expert Tim Jost has a great summary of what the amendment would do over at Health Affairs.)

Under MacArthur’s proposal, states could opt to let insurance companies charge sick people more for their care. That’s specifically prohibited under Obamacare and among the health law’s most popular provisions (Trump and other officials have even promised to keep the Affordable Care Act’s protections for people with pre-existing conditions in place). And while this tactic might appeal to the right wing of the House, which doesn’t believe such protections should be mandated by the federal government, it could be a deal-breaker elsewhere.

Moderate lawmakers in the GOP-controlled Senate, who were already nervous about the GOP’s push to roll back Obamacare’s Medicaid expansion for the poor (a provision that has been embraced by prominent Republican governors and legislatures), will likely find the changes hard to stomach, as Politico notes. Some conservatives could also be opposed since there would still be taxpayer-funded provisions to help Americans buy coverage.

Jost thinks the latest changes may not even pass muster in the House despite the newfound Freedom Caucus enthusiasm. “It is unclear at this point whether this amendment will garner enough votes to pass the House. The blanket waiver of essential health benefits at least should be of concern to some moderate Republicans. If the bill as amended passes the House, however, it is hard to imagine how this provision will be approved by the Senate,” he writes.

In the meantime, Congressional Democratic leaders appear to believe President Trump won’t follow through on a threat to end Obamacare subsidies that would effectively wreak havoc on the law’s marketplaces. Still, given the general chaos that’s surrounded the GOP’s Obamacare-gutting quest, it’s possible the president could score his first major legislative victory in the House—only to see it crash and burn in the Senate.