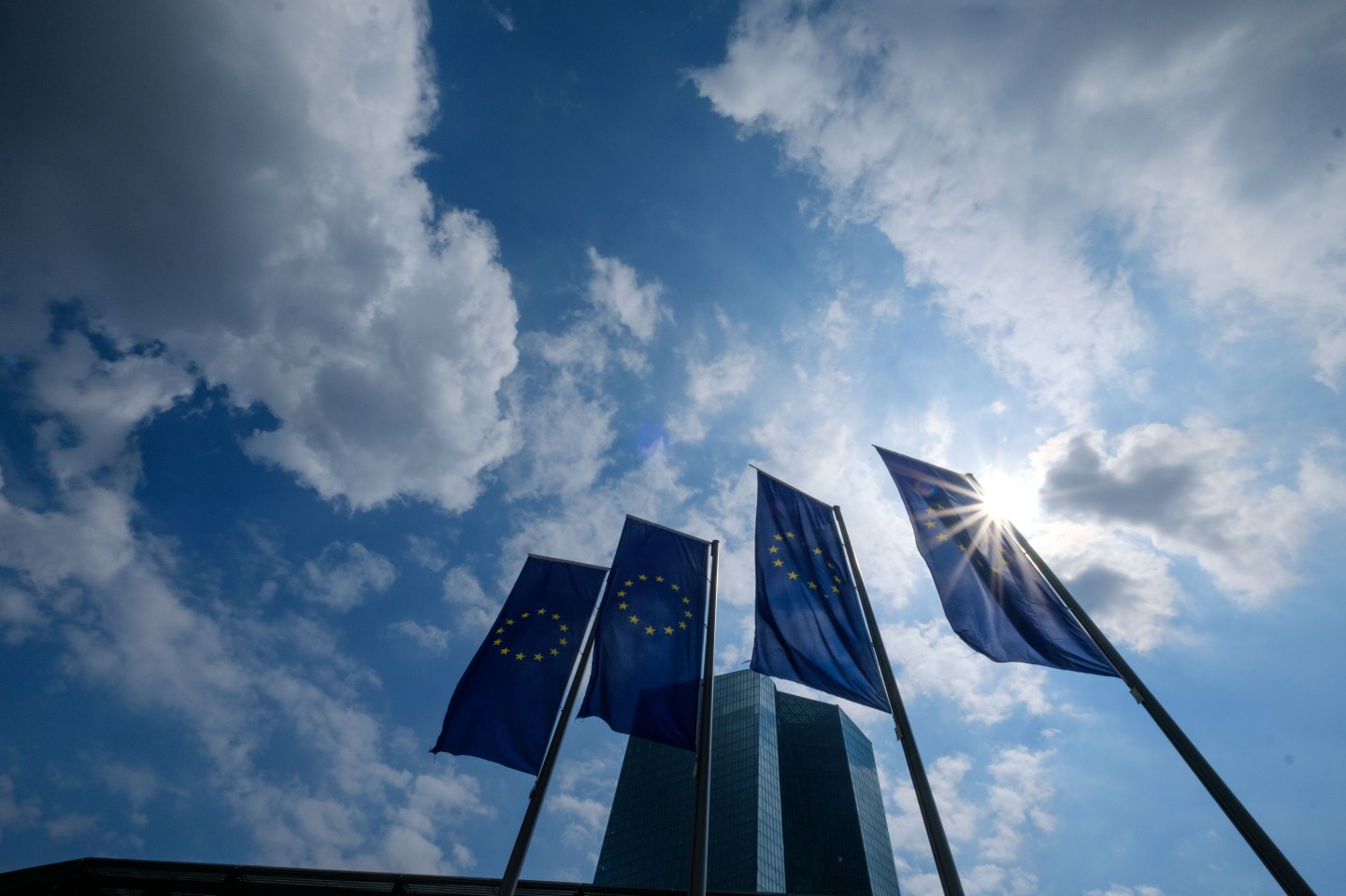 The Who and the European Central Bank have this much in common: they won’t get fooled again. That is to say, no way will the world’s 2nd largest central bank kill off the Eurozone’s recovery while there’s still a whiff of political populism in the air, or the slightest risk of a bad Italian bank blowing up.

Despite the fact that Eurozone economic activity is at a six-year high, despite the near-certain defeat of the right-wing populist Marine Le Pen in France’s presidential elections, and despite the relentless pressure of German public opinion, President Mario Draghi refused to even hint at tightening monetary policy at the press conference that followed the latest meeting of the ECB’s policy-making council.

Read: Why It’s Time to Give Europe Some Credit

The ECB’s determination to keep the monetary spigots wide open is arguably becoming more important for the world’s financial markets as the Federal Reserve exits from a near-decade of extraordinary stimulus.

The euro, which had hit a five-month high against the dollar on the back of a brightening economic and political outlook earlier this week, lost nearly half a cent as traders pushed back expectations of a return to a more normal stance, while the Euro Stoxx 50 index recouped most of the earlier losses it had suffered.

Read: The French Election: Who Wins, Who Loses

It’s not that Draghi and his colleagues don’t recognize how much better the Eurozone economy is performing now (they never lose an opportunity to take as much credit as possible for that, after all). Draghi said that where the recovery had once been “fragile and uneven” it was now “broad and solid.” Former problem countries such as Spain, Ireland and France are now growing as fast as, or even faster, than Germany, the region’s usual powerhouse.

But not so much better that the ECB was willing even to discuss ending its asset purchases, which it has now scaled down to a ‘mere’ 60 billion euros ($66 billion) a month. That will still run at least through the end of the year.

Read: The IMF Just Raised Its Growth Forecast for the World Economy

And not so much better that Draghi took the bait when asked about ‘sequencing’ the exit from the current emergency policy stance – which would have allowed him to hint at raising interest rates before the Quantitative Easing program ends. The ECB’s main refinancing rate has been set at 0% for the last 13 months, and it has been charging banks 0.4% for parking their excess funds with it in that time.

Talking up the economy while talking down the Bank’s willingness to act is hard to square at first sight. Draghi did so by saying there was still no clear upward trend in underlying inflation (which is still undershooting a medium-term target of just under 2%). He also reminded his audience that the risks of Brexit or a (likely U.S.-initiated) trade war hadn’t gone away either, even though both seem less likely now than they did six months ago.

However, analysts said there was more to it than that.

“The ECB probably does not want to repeat the mistake it made almost exactly six years ago when it prematurely hiked rates just before the Eurozone crisis erupted,” said Holger Schmieding, chief economist at Berenberg Bank in Berlin. Back then, the ECB had failed to recognize how badly broken the Eurozone’s financial system was, and had over-reacted to an uptick in headline inflation. The ensuing mess stretched the currency union to the point of breaking, before Draghi himself rescued the situation with the promise to “do whatever it takes to save the euro.”

Draghi insisted Thursday the ECB was capable of distinguishing between “facts, assessments and history,” but it was that disastrous miscalculation that ensured it was he, and not the German monetary hawk Axel Weber, who succeeded Jean-Claude Trichet at the head of the ECB back in 2011.

Those kind of life lessons tend not to be unlearned.