Shonda Rhimes Is ‘Absolutely’ Interested in a Corporate Board Seat 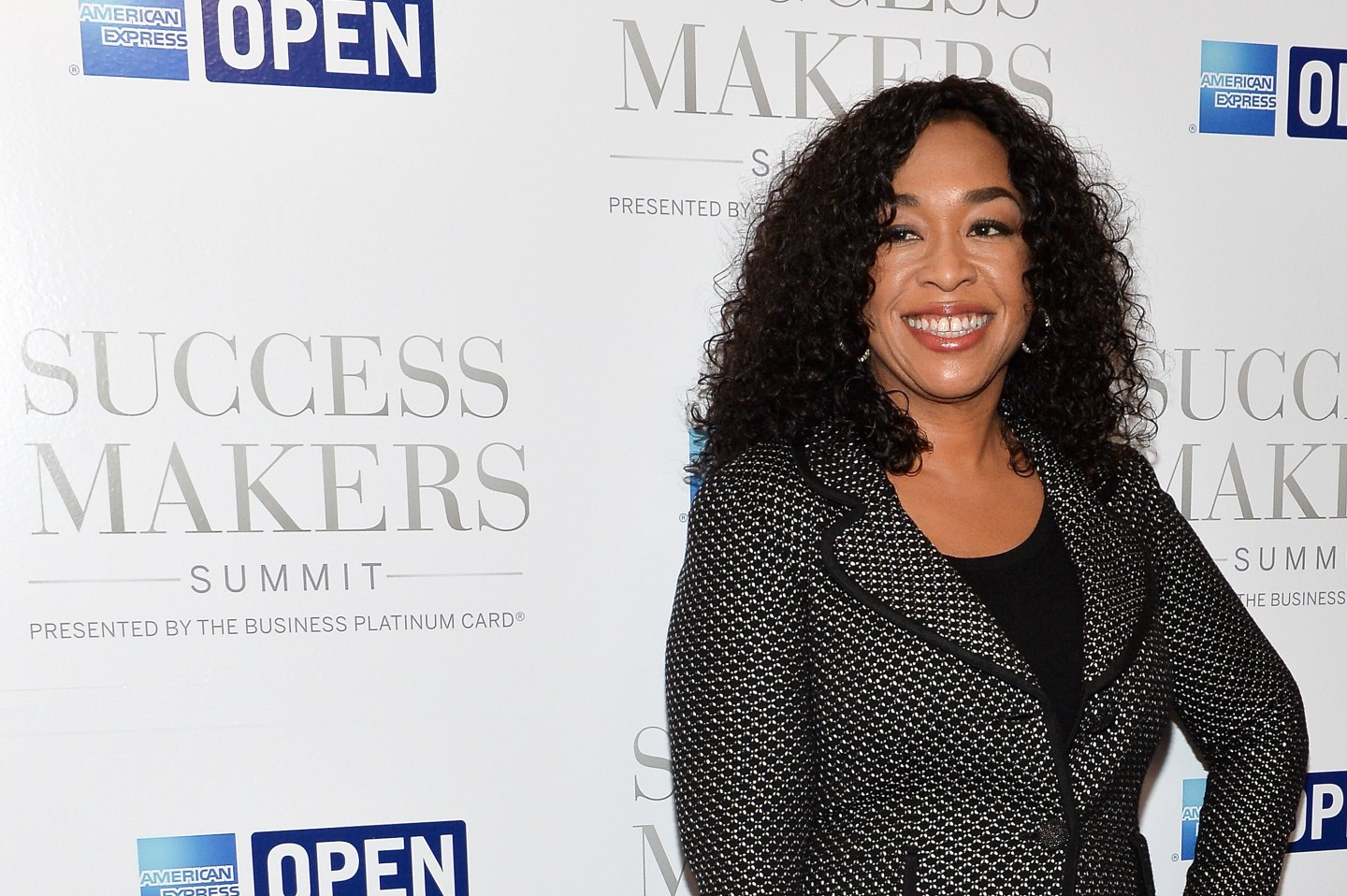 Television mega-producer Shonda Rhimes may be the newest member of the Planned Parenthood board, but it seems she’s not planning to stop there.

The Shondaland founder says she would “absolutely” be interested in joining a corporate or startup board. Provided it’s “the right one,” she told Fortune. Rhimes, who was reportedly approached by Twitter last year about joining the social media company’s board, declined to speculate about exactly what type of company would pique her interest.

Rhimes says she took the Planned Parenthood seat because president Cecile Richards asked. “When someone who’s doing something amazing asks you to serve, you serve,” she said. (She noted that she joined the board of trustees of the John F. Kennedy Center for the Performing Arts for the same reason: “I joined when Barack Obama asked.”)

She’s also come to the organization’s defense on Twitter, as when she responded to the victorious statement House Speaker Paul Ryan (R-WI) released after President Trump signed a law that allows states to withhold federal funding to Planned Parenthood and other women’s health providers. Rhimes fired back, saying the GOP “eliminated cancer screening, STD testing, family planning and women’s healthcare. Nothing to be proud of.”

Rhimes scoffs at questions about whether she’s concerned about making political statements on social media, saying, “I don’t think my uterus is a political opinion.”

Given the size of Rhimes’ profile, everything she does—including her board roles—reflect on the Shondaland brand. Speaking on an Amex panel on Monday, she touched on how she thinks about that brand and how she has always seen it as expanding beyond television.

She recalled the early days of Grey’s Anatomy, when the network began selling Grey’s-branded scrubs. Rhimes wanted the scrubs to be worthy of her personal brand and got involved, naming and approving them. “I said, ‘let’s make plus-size, let’s put stretch in them.’ They became best-selling scrubs.”

She told the audience that she still sees every single thing she does as an extension of Shondaland. Right now, the company is rethinking its mission statement, she said; its grown substantially and Rhimes wants all the current employees to feel “a part of it.” For her, though, the mission always comes down to one thing, she says: “Is it honest to me right now?”