Confidence Among Japan Manufacturers Has Risen to Pre-Financial Crisis Levels 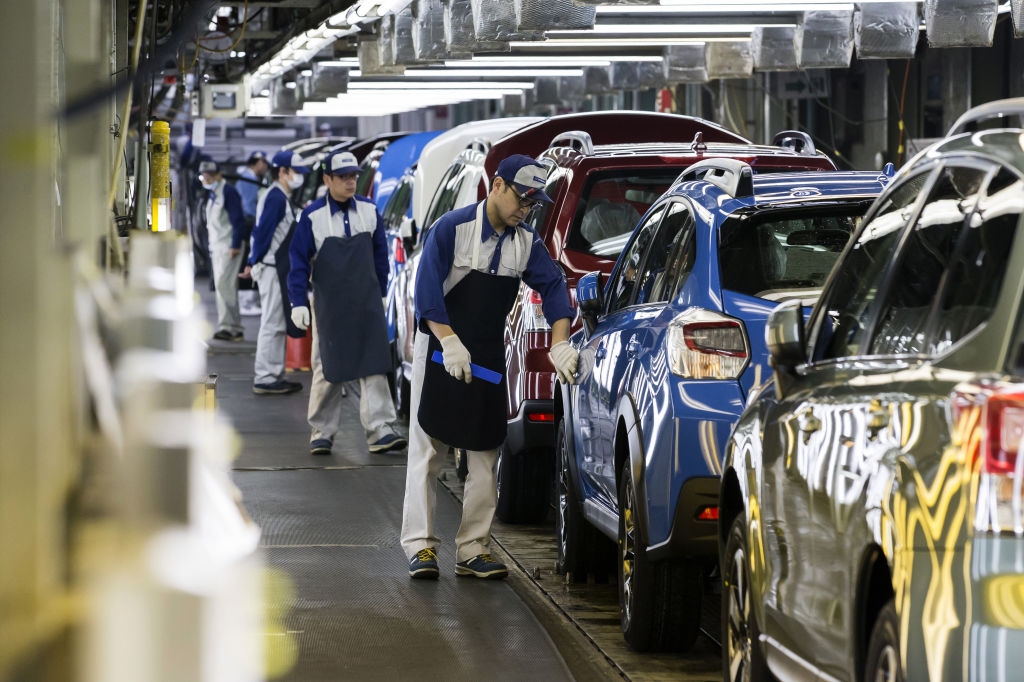 Confidence among Japanese manufacturers has risen for an eighth straight month to a level not seen since before the 2008 global financial crisis, a Reuters survey found, reflecting output and export gains led by overseas economic recovery.

The Reuters’ monthly poll—which tracks the Bank of Japan’s key quarterly tankan—also showed confidence at service-sector firms hit a three-month high, a sign that the effects of an export-led economic recovery are spreading—albeit gradually.

The Reuters Tankan highlights the signs of life Japan’s economy has shown in recent months as global demand has recovered, despite the weakness in private consumption that constitutes about 60% of the economy.

In the poll of 529 large- and mid-sized firms, conducted between April 4-17 in which 261 responded, the sentiment index for manufacturers rose one point to 26 in April, led by manufacturers of items such as food, metals and machinery.

It was the highest reading since August 2007, a year before the collapse of a U.S. investment bank Lehman Brothers triggered the global financial crisis.

At plus 28, the service-sector gauge was up two points in April from March, led by wholesalers.

“Currencies are stable, which provides favorable conditions for exporters. The machine tools market also remains in an uptrend,” a manager at a nonferrous metals producer wrote in the survey, which companies answer anonymously.

But manufacturers and non-manufacturers expected conditions to worsen in the coming three months, highlighting their concerns about a strong yen, analysts say. Geopolitical risks such as North Korea’s missile threats, and uncertainty over the policies of U.S. President Donald Trump weigh on the outlook.

“Rising sentiment despite the dollar’s fall below 110 yen during the survey period underscores that underlying conditions are firm,” said Yutaka Miura, a senior technical analyst at Mizuho Securities.

“But deterioration in the outlook sentiment suggest that manufacturers are becoming cautious about a strong yen.”

“Uncertainty is mounting overseas, with emerging markets and resource-producing economies undershooting, while protectionism is on the rise – as seen in Britain’s vote to exit the European Union and the results of the U.S. presidential election,” a manager at a machinery maker wrote in the survey.

The BOJ’s last tankan out on April 3 showed big manufacturers’ business confidence improved for a second straight quarter to hit a one-and-a-half year high, and service-sector sentiment improved for the first time in six quarters.