Volkswagen’s Crossover Electric Vehicle Will Go Into Production in 2020 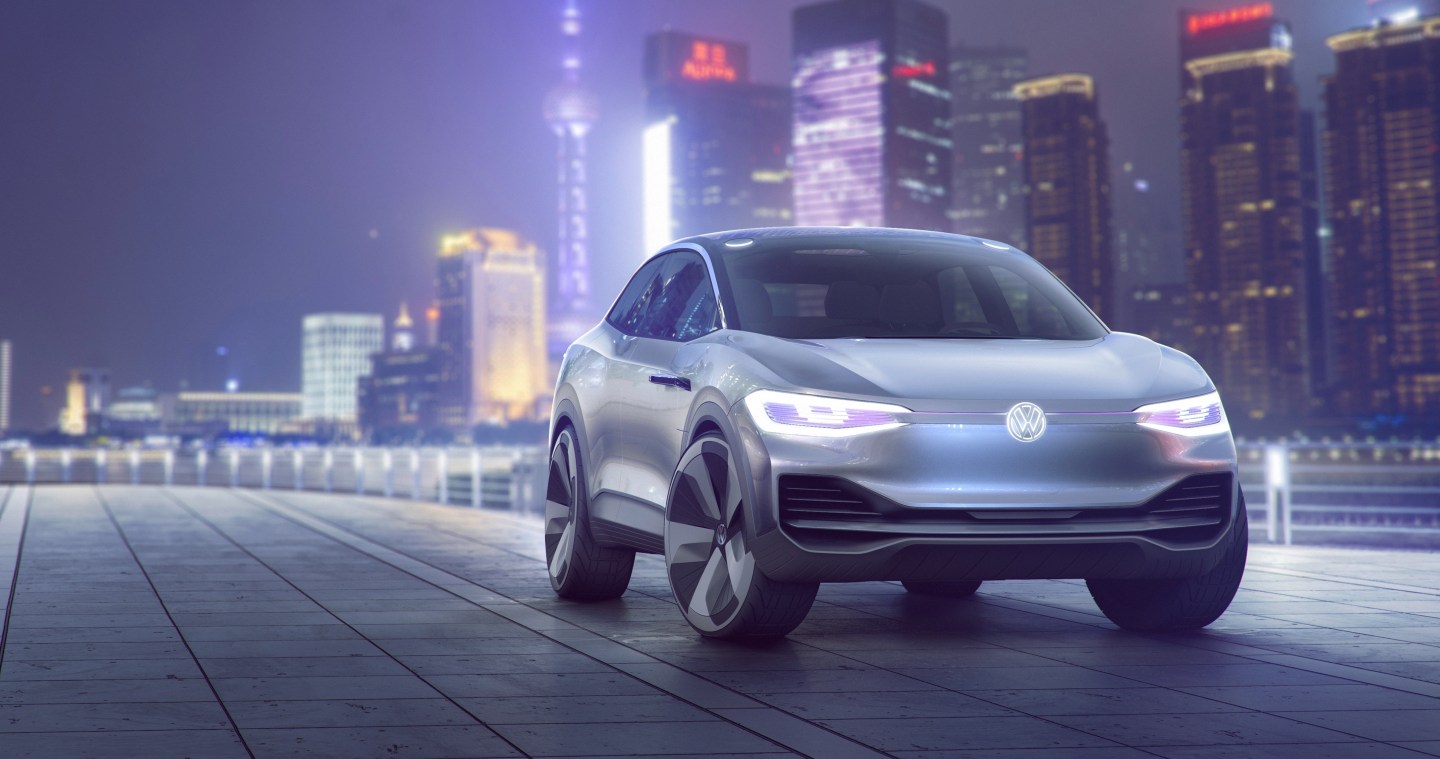 Volkswagen has unveiled another electric vehicle concept as the German automaker prepares to develop and eventually produce a new fleet of cars and trucks powered by batteries, not diesel or gasoline.

The ID Crozz revealed Tuesday at the 2017 Shanghai Auto Show is a four-door crossover. It follows the debut of two other electric vehicle “ID” concepts in less than a year. The first one—named simply ID— was unveiled in September 2016 at the Paris Motor Show. The ID Buzz, an electric microbus, was introduced in January at the North American International Auto Show.

Volkswagen plans to bring a new generation of fully connected, all-electric vehicles to the market in 2020 and says it will sell one million of these vehicles every year by 2025.

The new fleet of vehicles will be based on Volkswagen’s new modular design for electric cars that it introduced last year. The first vehicles produced with this so-called MEB design—an acronym for Modular Electric Drive Matrix—are expected to be in production by the end of 2019. The MEB models have a long wheelbase with compact powertrain components and a battery that lives under the floor.

The ID Crozz concept has 302 horsepower and reaches a top speed of 112 miles per hour. The compact crossover has a battery that can travel up to 311 miles (based on European fuel rating) on a single charge. The ID Crozz is equipped with a fast charger and its battery can reach an 80% charge within 30 minutes.

The ID Crozz is only concept, just like its predecessors. It’s meant to largely inform consumers and investors of where Volkswagen is headed with its electric vehicle strategy. It’s not a guarantee that the concept vehicle will ever be produced.

However, it appears a crossover-like electric vehicle will head into production.

A production of the ID Crozz will begin in 2020, Volkswagen brand CEO Herbert Diess said in a statement.

Christian Senger, head of the VW electric-car project, told reporters in Shanghai that the models to be under the ID brand will include a midsize crossover, hatchback, and a sedan, Bloomberg reported.