Exclusive: Food Tech Startup The Infatuation Is on the Move 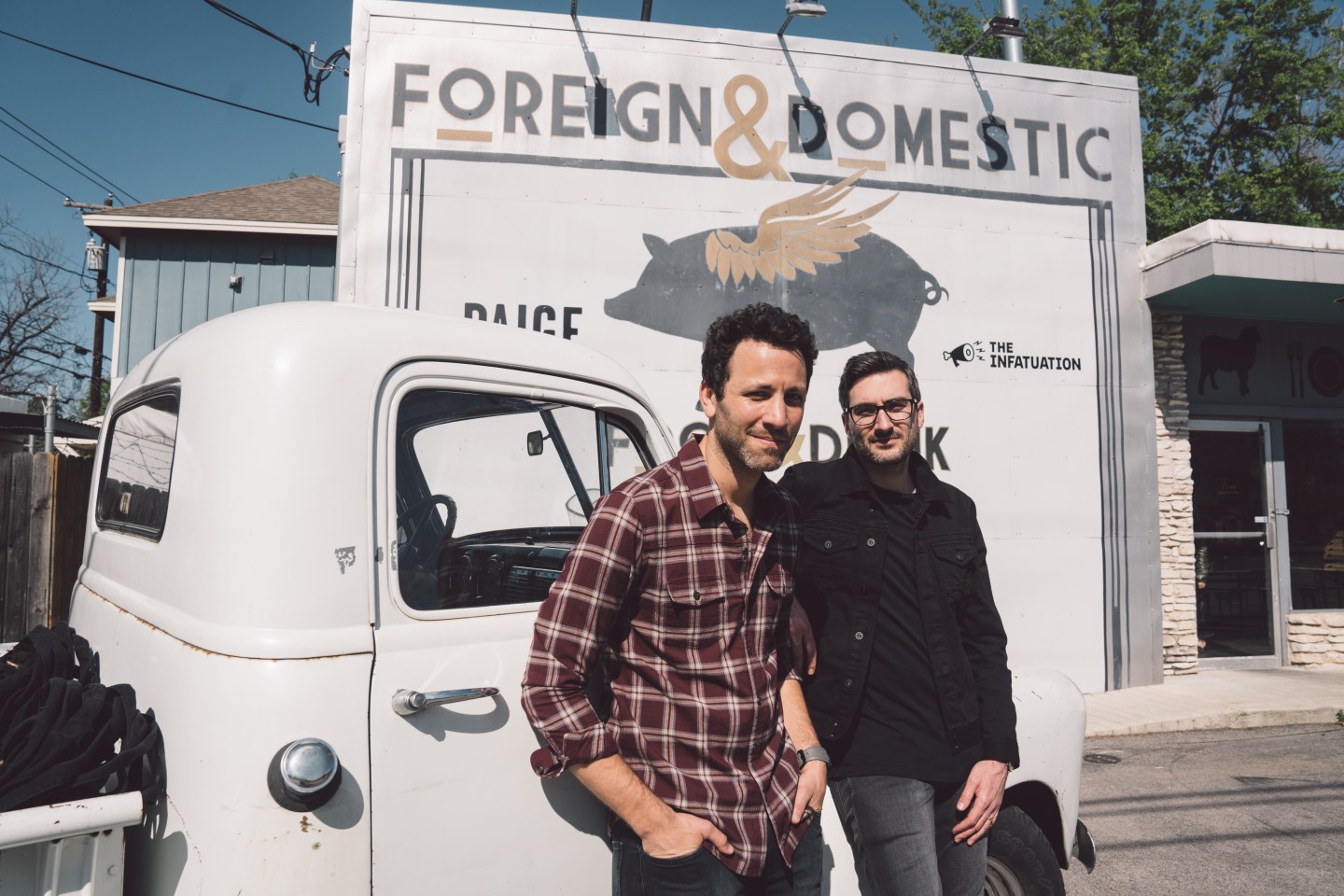 The Infatuation—a restaurant recommendations site that is seemingly one part Yelp, one part Foursquare, and one part Eater—has gained a cult following in several U.S. cities.

Now the startup is making its global ambitions known, marking London as its first location outside the U.S. that will be treated to its cheeky reviews, Instagram-worthy photos, and clever categories. (Those range from “impressing out of towners” to “first/early in the game dates,” to “corporate cards,” just to name a few.)

While Stang emphasizes London’s vibrant food scene as a motivating factor, he acknowledges that language played a role in the decision process—but it’s not as simple as adjusting for a few spelling differences.

“It has been a bit different editing for this market, as we need to keep the tone and voice true to The Infatuation, but also be mindful of the little things that differentiate American English from the Queen’s English,” Stang explains. “Mostly it comes down to tempo and some of the colloquialisms.”

But language won’t be a barrier for long—if it is at all. “Next up for us internationally is Paris, for many of the same reasons that we set up shop in London, but mostly as an excuse to go there more often,” Stang says.

The Infatuation actually quietly slipped out the London plan a few weeks ago. The @Infatuation_London Instagram account has since gained more than 52,000 followers in just five weeks with more than 1,000 people already subscribed to the local edition of the newsletter.

With offices in New York and Los Angeles (and soon London), The Infatuation is similar to Yelp and Foursquare in that it offers dining reviews (but from a dedicated editorial team—not crowdsourced) as well as listicles of places that are good to go for this or that reason. But it veers closer to food and restaurant industry news sites Eater and Serious Eats as well as hyperlocal city blogs—like those within the Gothamist network—with an irreverent tone aimed at catering to millennials.

Social media has played a huge role in propelling The Infatuation’s growth since launching in 2009. This is most visible through 22 active Instagram accounts, broken down by neighborhoods in some cities such as New York and San Francisco, with a signature hashtag (#EEEEEATS) that has been used over 6.5 million times to date. Restaurant goers also have a number of options as to where to get their recommendations, from the browser-based site to iOS and Android apps to even a human-powered SMS engine named “Text Rex.”

Highlighting the Instagram account for The Infatuation London, Stang says social media is one of the first things the company thinks about when setting up a new market.

“We’ve been running an Instagram account there for several months, building community and familiarity with our brand before we publish any reviews or guides,” Stang says. “It’s been a great model for us in terms of audience development and engagement, and social media is an essential tool in keeping our finger on the pulse of what is going on with the restaurant scene in any city.”

The Infatuation already has a number of city guides dedicated to popular tourism spots around the globe, including Barcelona, Mexico City, and Hong Kong as well as London.

But the British capital is the first city outside the United States where The Infatuation is setting up an editorial team for regular restaurant reviews and food scene news. The dedicated London site is launching today with over 200 restaurant reviews and guides, and The Infatuation stresses it will pay for all of its reviewers’ meals, which the company underscores is a “rarity” in London.

On top of the apps, social media, and core editorial programs, The Infatuation is also experimenting with events. The group is hosting its first food and music festival in Santa Monica this May, which a company representative says will not be the ” typical ‘food & wine’ festival,” but will offer multiple “sharable” events with local artists and celebrity chefs “that are built for Instagram.”