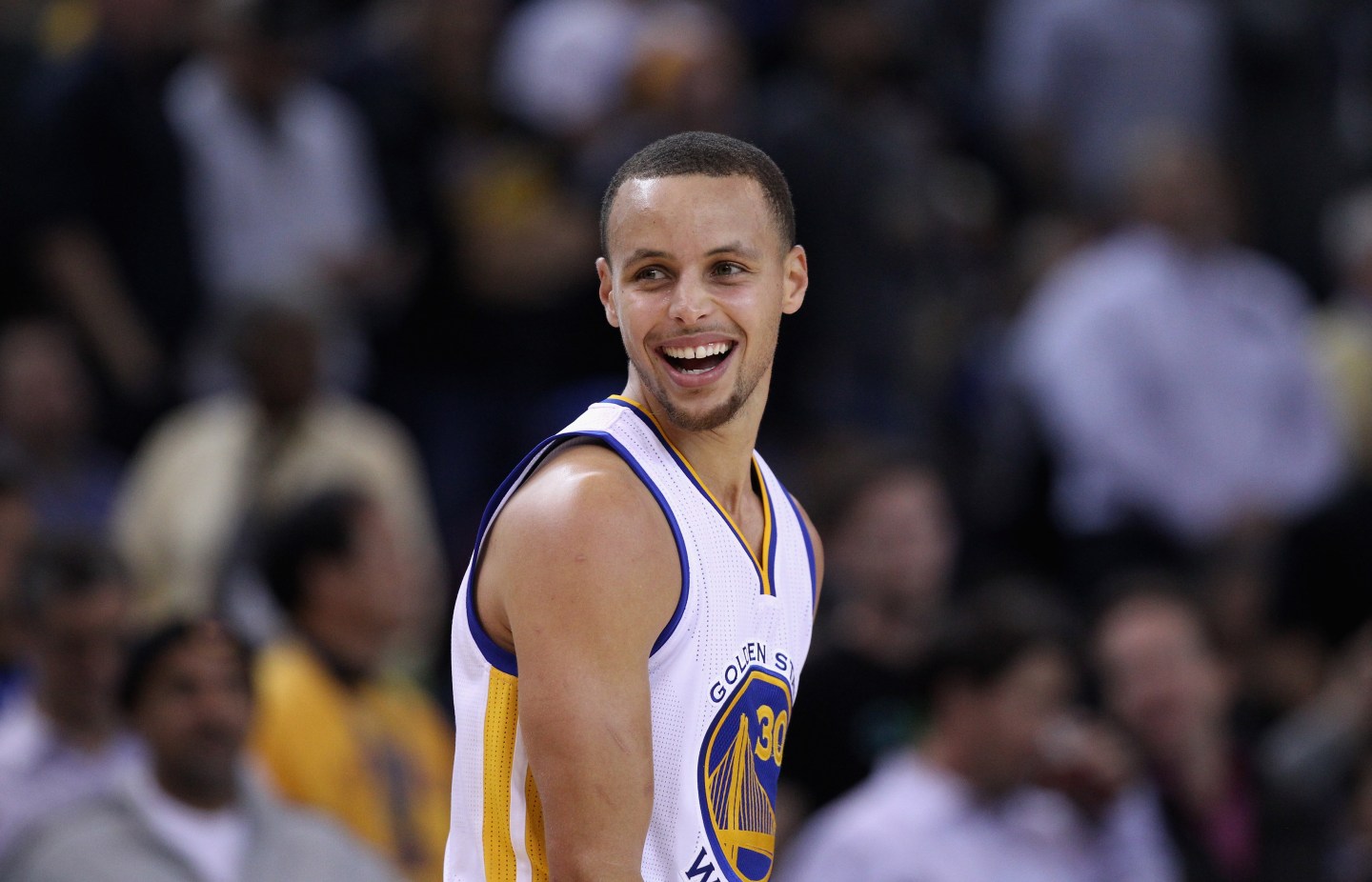 It’s not just because Stephen Curry is so good, it’s also because he’s so cheap.

Thanks to Curry’s team-friendly contract, the Golden State Warriors were the most efficient NBA team in payroll spending this season, shelling out $1.52 million per win. By comparison, on average a win cost $2.61 million league-wide this season, according to payroll figures from Basketball Reference.

In winning a league best 67 games on only the 14th highest payroll, the Warriors set the mark for economical spending. Had Curry, who was paid only $12.11 million this season, made the $30.96 million that LeBron James took home, the Warriors would have ranked fifth at a cost of $1.97 million per win when accounting for estimated luxury tax penalties.

As it is, the 55-win Houston Rockets came in second at $1.65 million per win. Other top teams rounded out the rest of the top five, with the Utah Jazz, Boston Celtics, and San Antonio Spurs shelling out $1.66 million, $1.76 million, and $1.78 million per win, respectively.

The NBA operates under a soft salary cap structure, which allows teams exceed the payroll ceiling set by the league under certain circumstances, such as when a team wants a to retain a player who has become a free agent or through trade loopholes. Once a team’s payroll surpasses the salary cap by enough money, the luxury tax kicks in.

This year’s salary cap was $94.14 million, while the luxury tax started when payroll exceeded $113.29 million. Only two teams – the Cleveland Cavaliers and the Los Angeles Clippers – will have to pay the luxury tax this year, which was bumped significantly higher this season thanks to a huge new influx of broadcast contract money that will balloon players’ salaries.

The luxury tax especially hurt the Cavaliers, who will have to pay an estimated $26.14 million penalty for exceeding the threshold by $13.96 million. That’s enough to bump up their cost per win from $2.49 million to $3.01 million, which means the 51-win defending champions paid the eighth-most per win this season.

The lowly Brooklyn Nets, who won a league-worst 20 games this season, spent the most on wins this year. The team paid $4.24 million per win, which is significantly more than the second-place Los Angeles Lakers, who forked out $3.66 million per win. Unsurprisingly, more bad teams littered the bottom of the rankings. The Orlando Magic, Phoenix Suns, and New York Knicks paid out $3.59 million, $3.54 million, and $3.51 million per win, respectively.

The payrolls for four teams – the Nets, Jazz, Denver Nuggets, and Minnesota Timberwolves – fell below the league’s salary floor of $84.73 million. When that happens, each team just pays out the difference between their payroll and the salary floor to their players, who then split it. So no matter how far below the floor any team falls, it will always end up paying its players the minimum.

Of course, there were no truly terrible teams in the league this year, which would have made for a truly outlandish cost per win figure. The Nets ended the year on something of a hot streak, putting up 11 wins since the start of March. Had the team instead finished out on a down note and only won 10 games for the year, as the Philadelphia 76ers did last season, the Nets would have paid $8.43 million per win.