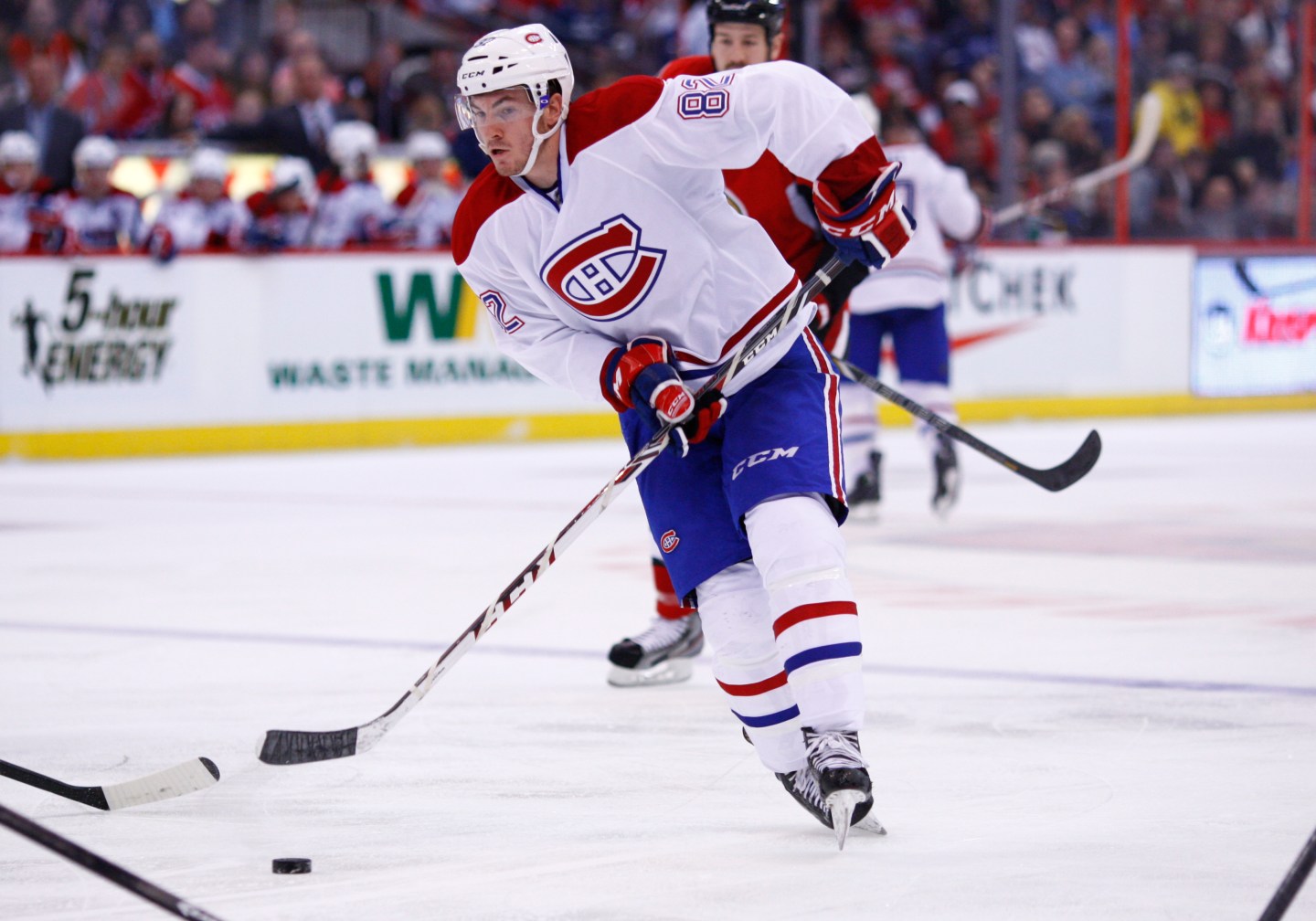 OTTAWA, CANADA - September 25, 2013: Patrick Holland #82 with a move to get past a defender during a preseason game between the Candiens and Senators at Canadian Tire Centre in Ottawa, Ontario, Canada. ***** Editorial Use Only ***** (Photo by Jay Kopinski/Icon SMI/Corbis via Getty Images)
Icon Sports Wire Corbis via Getty Images

After being shut out of the NHL playoffs last season, Canada is back, and that’s good news for the country’s bottom line.

This year, five teams will represent Canada in the playoffs, which will drum up millions in economic activity for the country as out of town fans come in and bars and restaurants fill up. Two years ago, there were also five Canadian teams in the playoffs, which prompted Moody’s Analytics to estimate a $100 million Canadian (around $75 million American by the current exchange rate) boost the country’s economy, provided one of the teams made the Stanley Cup Final. On a local level, a playoff game represents around $3 million in economic activity.

The weak Canadian dollar, which has been a bane to teams north of the border, should also help in drawing more money to local economies from American fans. The Canadian dollar currently trades for around $0.75 against the U.S. dollar, which makes ticket prices and traveling expenses much cheaper than their face value for Americans who decide to hit the road to watch a game.

This incentive is important because spending from out-of-towners is what really propels the economic benefits of hosting playoff games. If a team misses the playoffs, local fans will largely end up spending the money they would have spent supporting their team elsewhere in the local economy anyway.

The playoffs also have larger implications. Given that all seven of the Canadian NHL teams missed the playoffs last year, the Canadian economy grew by just 0.1% in April 2016, with a 3.9% drop in the arts, entertainment, and recreation sector, according to Statistics Canada, which is the government’s official static collection agency. Had two or three teams made the playoffs, as is the norm, growth would have been around 0.2%. With five teams in the hunt this year, there should be a measurable positive impact on the economy.

As a whole, hockey pumps $11 billion into the Canadian economy, according to a 2015 study commissioned by Scotiabank and Canadian Tire. Of that total, 31% comes from the NHL and other big hockey events, with another 10% coming from NHL salaries that are brought back home.