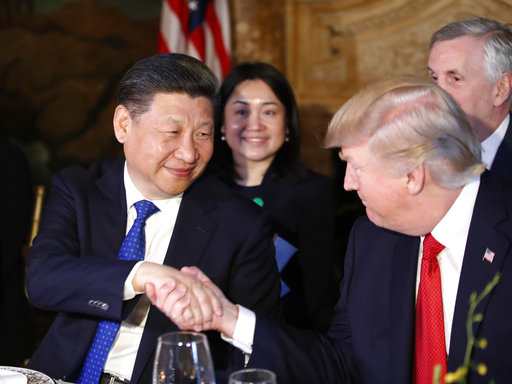 Among the many U.S.-China summits held in the last four decades, President Trump’s meeting last week with Xi Jinping at Mar-a-Lago was probably the most unusual – if not the strangest – affair.

For one, Trump warned the Twittersphere of a “very difficult” meeting with Xi because of America’s large trade deficit with China. Then he surprised his guest with news that he had just ordered a cruise missile strike on Syria. The ensuing media frenzy completely overshadowed the most important U.S.-China summit in years.

Xi, who is typically obsessed with following protocols and expects others to do the same, was likely caught off guard. But while there was little doubt that Xi and his delegation were not pleased by the unexpected turn of events that ended the summit on the wrong kind of bang, they might nevertheless appreciate their host’s effusive spin of the get-together. As the summit closed on Friday, Trump told reporters that he had made “tremendous progress in our relationship with China” and called the U.S.-China relationship he has developed with Xi “outstanding.” He also predicted that “lots of very potentially bad problems will be going away.”

In reality, though, based on officially disclosed details of the summit, little substantive progress was made on the most serious and divisive issues between the two countries, such as currency manipulation and trade deficits. In fact, even Trump himself implicitly acknowledged this fact when he tweeted, after his guest was safely back in Beijing, that despite the goodwill and friendship between him and Xi, “only time will tell on trade.”

This rather sober assessment on trade is actually not far off the mark. To be sure, China did make two relatively minor concessions at the summit: Beijing will resume imports of banned American beef and allow U.S. financial firms to set up majority-owned subsidiaries in China. But Trump and Xi did not reach any substantive trade deals. What they did agree to do is to start a 100-day process of seeking compromises on trade between the US and China. In other words, the Mar-a-Lago summit bought both sides valuable time, but little else, in averting a potential trade war.

On North Korea, arguably the central national security issue on the summit’s agenda, Trump and Xi did not reach any deal, even though they agreed that Pyongyang poses a serious threat to regional peace. According to White House press secretary Sean Spicer, the U.S. and China would increase cooperation to “convince North Korea … to dismantle its illegal nuclear and missile programs.” But we do not know what such “cooperation” would be. In all likelihood, Washington and Beijing have yet to determine what specific steps China should or can take in containing the North Korean threat.

For those obsessed with score-keeping, determining which leader, Xi or Trump, has improved his bargaining position as the result of the summit is a tricky exercise. In the media commentaries on the outcome of the summit, much attention has been directed to the implications of the U.S. missile strike against Syria. The conventional wisdom is that, with this unexpected shift in policy, Trump has put Xi on notice: if China fails to act on North Korea, the U.S. will take unilateral military action. Fearing the potentially devastating consequences, Beijing might now have greater incentives to cooperate with the U.S.

This could be true. But a brief moment of reflection would show that, on balance, Xi could not have been displeased by Trump’s volte face on Syria. For one thing, striking Russia’s client state has all but ensured that a U.S.-Russian rapprochement, a development greatly feared in Beijing, will not happen any time soon. For another, Trump’s opening salvo of missiles is unlikely to be a one-off shot. Further escalations could drag his young administration deeper into the Middle East’s quagmire, thus distracting his attention away from China.

As far as Trump’s China policy is concerned, the future remains cloudy. The Mar-a-Lago summit has improved the atmospherics of U.S.-China relations and started a process that may reduce trade tensions and stabilize U.S.-China ties. But there is no evidence that the summit has produced concrete agreements that have removed the underlying sources of conflict between the two countries over geopolitical security and trade. Of course, we hope that the time bought by this summit will make it easier for Trump and Xi to keep the U.S.-China relationship on an even keel. Yet, as long as economic nationalists and establishment pragmatists in the White House wage pitched battles over the China policy and Beijing and Washington continue to see each other as potential adversaries, Trump’s prediction that the “lots of very potentially bad problems will be going away” will turn out to be wildly optimistic.

Minxin Pei is a professor of government at Claremont McKenna College and author of the book, China’s Crony Capitalism (2016).