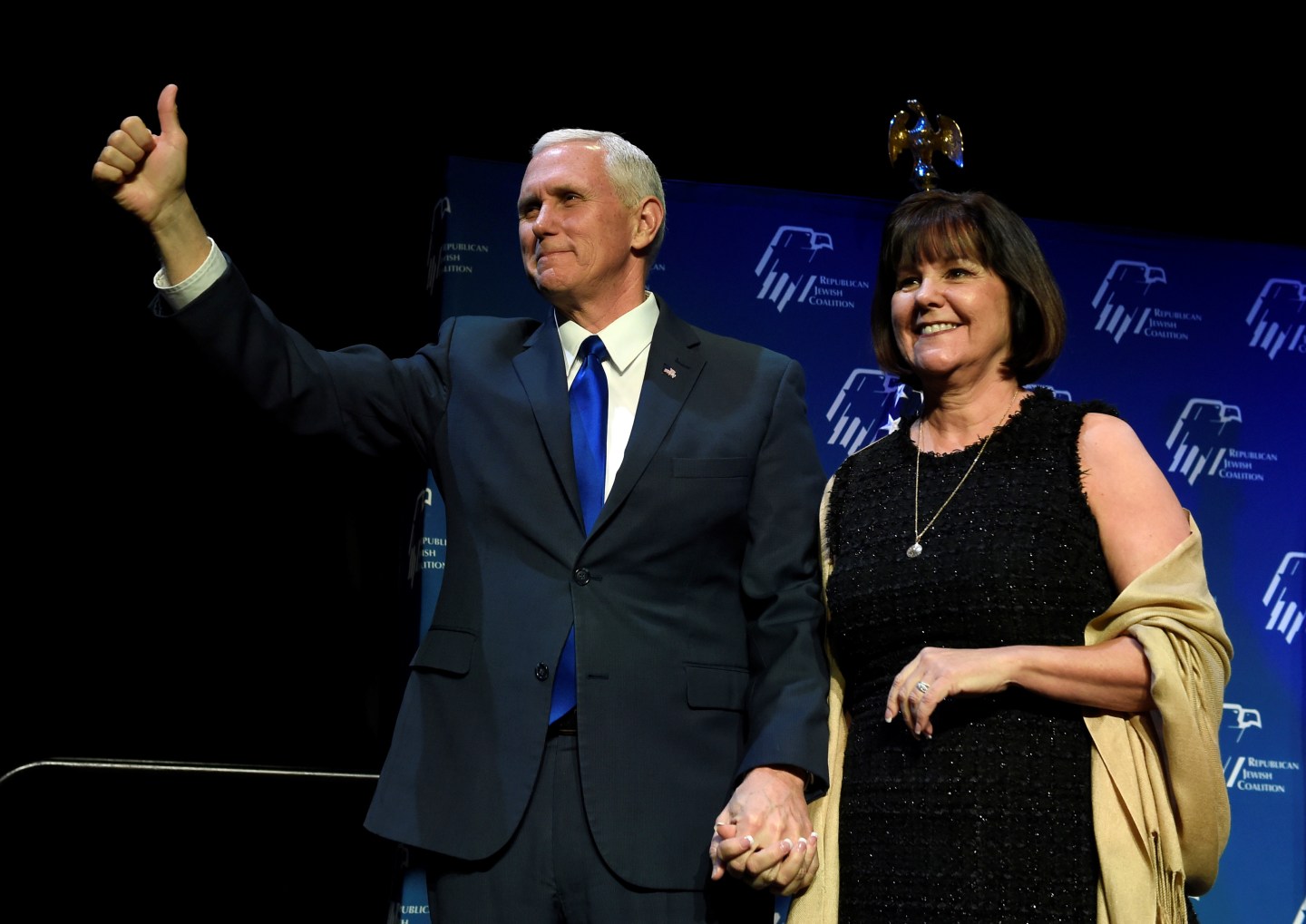 I’ve heard a lot. I really have. In fact, I thought I’d heard just about everything over the course of my 13-year career on Wall Street, but Vice President Mike Pence’s statement from 2002 about not dining with a woman unless his wife, Karen, was present, left me baffled. That’s not an easy thing to do. If there’s any other industry on earth that mirrors the atmosphere on Wall Street, it has to be Capitol Hill.

Much like Wall Street, men far outnumber women in Washington. Politics draws ambitious, competitive, type-A personalities, as does finance, and both professions demand a near-lethal level of time and commitment seen in very few other places. But Pence’s statement takes Washington to a different level. It’s bad enough to place women into buckets labeled with the obvious clichés: Madonna or whore, mother or mistress, bitchy or dim. Now we have to worry about being excluded from dinner tables just because we’re female? Sigh.

Let’s set a few things straight, because I’m under the assumption that just about everyone on earth can agree on the following: 1. Women are people, too. 2. Women are capable of dining with men without threatening marriages, his or hers. 3. Women should be both seen and heard, often simultaneously. To be fair, Pence’s comment was made in order to show his devotion to his wife and his belief in his marriage, and these are values that I imagine most everyone—regardless of religion or politics—can get behind. I fully support anyone’s efforts to stay loyal to his wife, until of course, he suggests that my mere presence would somehow make that less likely. Then you lose me.

No. I really don’t think so.

This kind of thinking might be fine within the confines of a marriage or purely social situations, but quickly becomes problematic in a place of business because it assigns ulterior motives to women whose actual motivations are probably quite clear: I want to be heard. I want to work hard. I want to be respected. And I want the same exposure and access to my boss that my male counterparts have. That’s it. Admitting discomfort in having a woman sit across a dinner table suggests that we want something more than that. It shifts the blame for extra-marital affairs, or even lapses in judgment squarely onto the women’s shoulders. “I will never stray as long as you aren’t around to entice me to stray,” is more than just a little ridiculous.

Now let’s imagine a world where a woman in a leadership position espoused similar attitudes. The criticism would be fervent and, in my opinion, obvious: She can’t handle the pressure. She’s so ineffective that she can’t even manage to have a cocktail with a male underling. She’s out of touch with what’s going on within her group. She’s weak. Or, the other option: Her husband controls her. She can’t even exert herself at home, so how can she possibly exert herself in the office? She’s a liability. She’s weak.

The same moral rigidity that allows Pence to wield this argument isn’t available to women in power. It’s simply not something we could ever get away with. We are expected to prove our competency by handling ourselves in all company, in all situations, no matter the time of day. Not to mention the fact that if a woman in a managerial position ever tried to ban meals with members of the opposite sex, she’d eat an awful lot of salads at her desk alone.

Pence’s remarks have more to do with narrowing access and diminishing opportunity for women than they have to do with being excluded from any specific breakfast, lunch, or dinner meeting. I can say with a high degree of certainty that no make-or-break moment of my career ever occurred over a bowl of granola––but that doesn’t mean it wasn’t important that I was invited to have it in the first place.

Thankfully, I never encountered this problem. I’m happy to say that none of my mentors or managers ever worried that I was going to try to seduce him before the waiter served our salads. I can’t count the number of times I attended football games at the Giants’ Stadium––on Sundays, no less––that took up entire afternoons, baseball games that went late into the night, dinners both casual and outlandishly fancy, and weeknight Broadway shows over the length of my career. I went on business trips, stayed in hotels, fished, golfed, and bowled with my managers and male colleagues. Socializing outside of the office is a large part of business, and if women aren’t able to attend unless accompanied by a chaperone, then we’re at a major disadvantage.

A good male mentor or manager will take you with him on client outings, and will spend one-on-one time with all of the people who report to him. He will dole out advice, lead by example, encourage networking, and demonstrate how to handle difficult situations when they arise. Without those experiences, you’re handicapped. If you’re not encouraged to be a part of social functions––even simple lunch meetings––it suggests to others that you aren’t ready, or that you aren’t capable, or that you aren’t as much a member of the team. Women handle enough inequities in the day-to-day course of doing business. So let’s not now start implying that we can’t be trusted to control ourselves in a crowded dining room. Please.

Erin Duffy graduated from Georgetown University in 2000 with a B.A. in English and worked on Wall Street, a career that inspired her first novel, Bond Girl. She lives in New York with her husband and children.