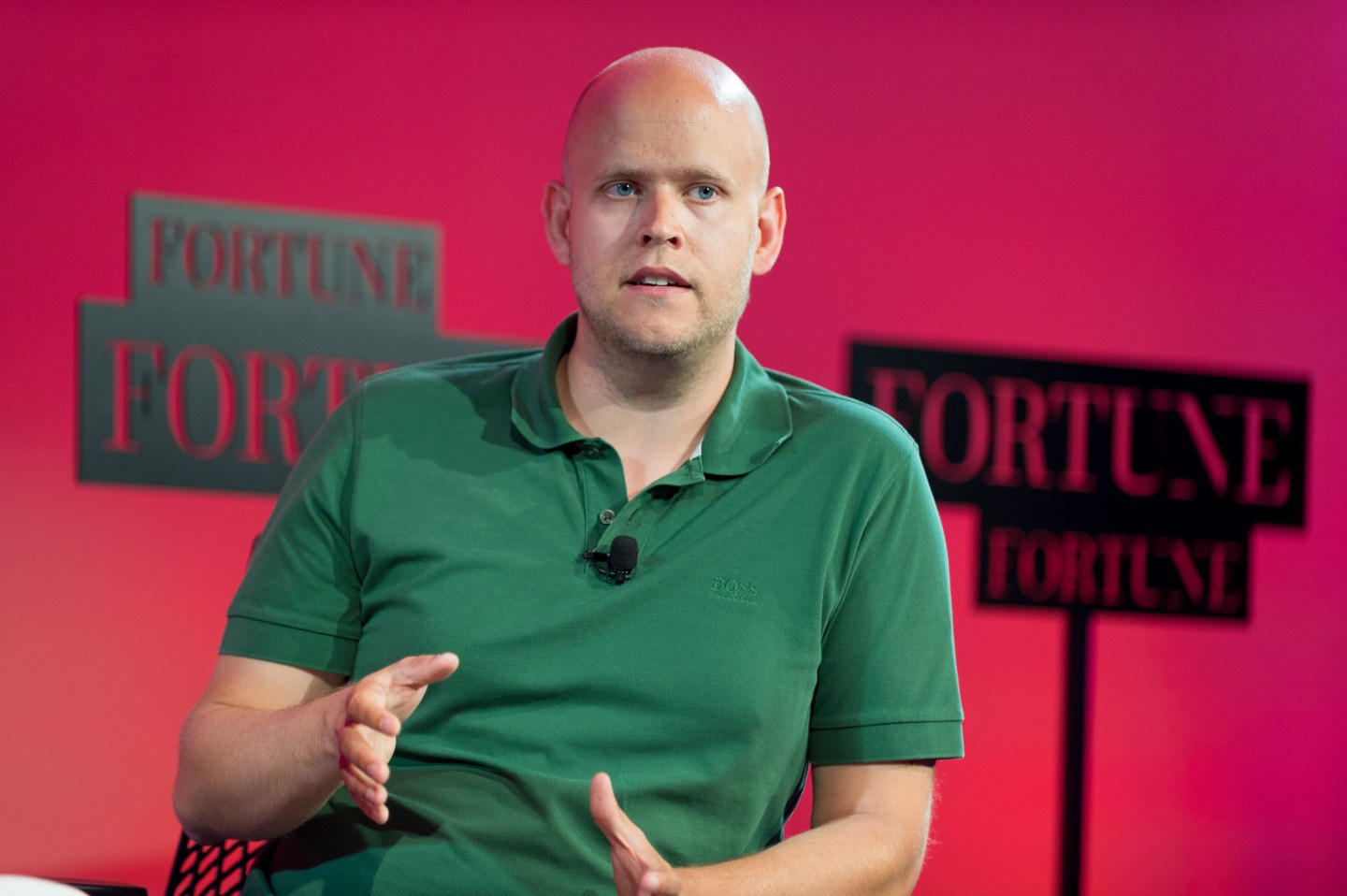 Spotify just checked a major item off its to-do list as it looks to secure long-term streaming contracts with major record companies before a potential initial public offering sometime next year.

Perhaps the most notable aspect of the new agreement from a consumer standpoint is the fact that it opens the door for the “windowing” of some new albums from Universal’s artists for their first two weeks of release. In other words, those albums would only be immediately available to stream for Spotify users who pay $9.99 monthly for the company’s premium level, while the platform’s free users would have to wait. (Spotify CEO Daniel Ek clarified on Twitter that such paywalls would only exist at individual artists’ request.)

Spotify executives have previously expressed opposition to the idea of temporary paywalls on the streaming music platform, but some recent reports suggested that the company might have to budge on that point. Spotify, which currently boasts more than 50 million paid subscribers, argued that its free service helps bring in new customers that are eventually converted to its paid service.

“We know that not every album by every artist should be released the same way, and we’ve worked hard with [Universal Music Group] to develop a new, flexible release policy,” Spotify’s Ek said in a statement.

The music streaming service has been working to complete deals with the music industry’s three biggest record companies—Universal, Warner Music Group, and Sony Music Group—for some time. (Those major labels also own minority stakes in Spotify.) Spotify has reportedly hoped to secure long-term agreements to better position itself for a potential IPO that could come in 2018. Signing a deal with Universal is likely a big step that could pave the way for deals with other major record companies to come relatively soon.

A major sticking point in those negotiations is how large of a share of its streaming revenue Spotify pays to those record companies for the rights to stream their artists’ music. In return for its concession on new album paywalls, Spotify reportedly got Universal to accept a smaller share of Spotify’s streaming revenue, though that reduction is apparently subject to Spotify subscriber growth targets set by Universal.

“Eight years ago, when streaming was a welcome but small source of revenue, [Universal Music Group] embraced partners like Spotify as a way to help return music to a vibrant future benefitting the entire ecosystem,” Sir Lucian Grainge, Universal Music’s chairman and CEO, said in a statement. “Working hand in hand with these digital services brought us the industry’s first real growth in nearly two decades. Today, streaming represents the majority of the business. Our challenge is transforming that upturn into sustainable growth.”