Amazon Just Made Alexa Easier to Use 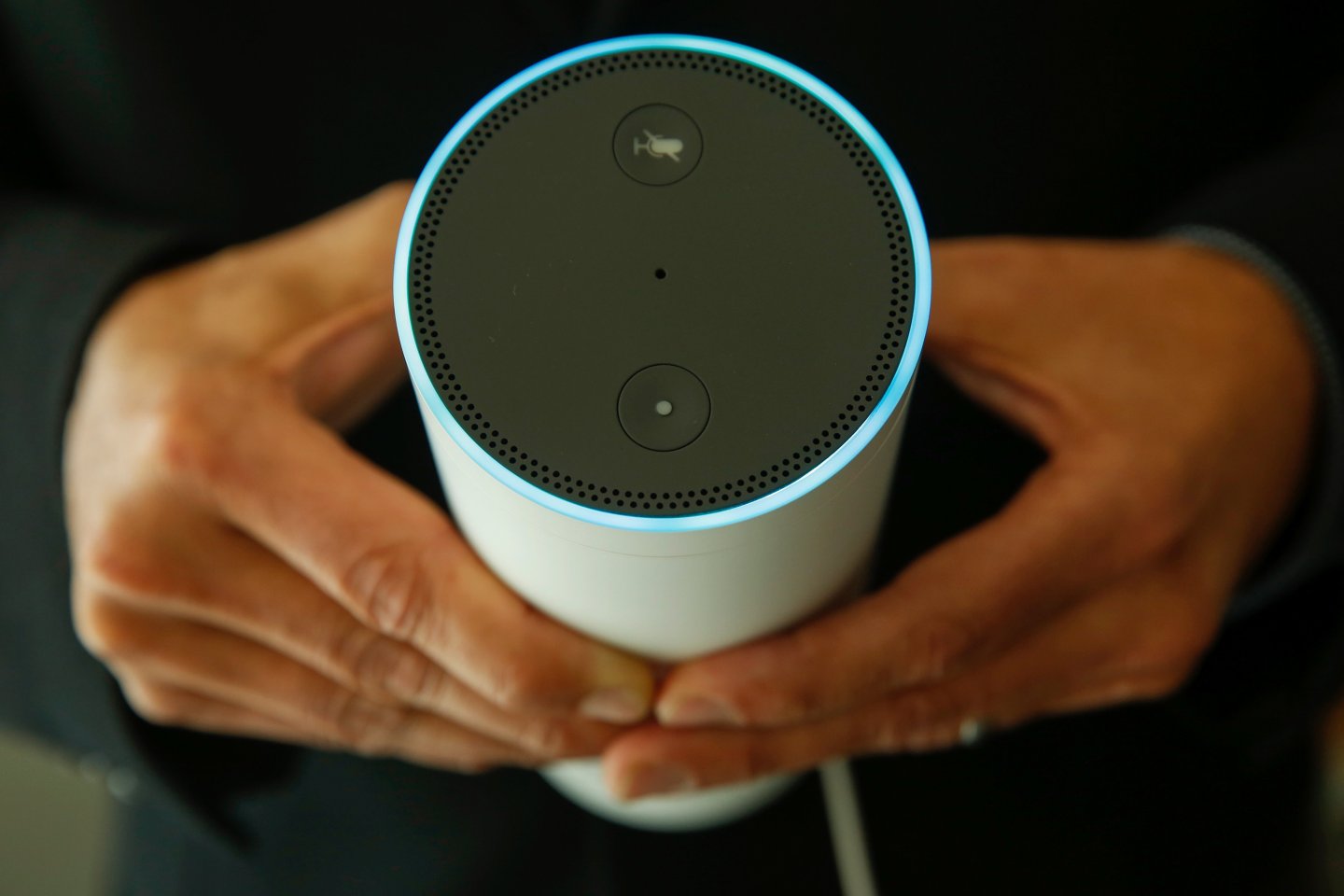 An attendee holds an "Echo" device during the U.K. launch event for the Amazon.com Inc. Echo voice-controlled home assistant speaker in this arranged photograph in London, U.K., on Wednesday, Sept. 14, 2016. The Seattle-based company today announced that its Echo product line will be available in the U.K. and Germany starting in the fall, the first time the gadget will be available outside the U.S. Photographer: Luke MacGregor/Bloomberg via Getty Images
Bloomberg Bloomberg via Getty Images

Amazon Alexa, the voice-enabled assistant powering the company’s Echo smart speakers, has a pretty big wrinkle in its user interface. Before you can use the device’s skills—Amazon’s term for its audio controlled apps—you first have to enable them.

While this is a seemingly minor step (you only need to open the Amazon Alexa app on your smartphone and search for the skill you want to use), it’s an important one to eliminate because it tethers Alexa users to their phones. And after all, speaking commands like “Alexa, ask Uber to request a ride,” without looking at a screen is Alexa’s grand promise, isn’t it?

According to some sleuthing by CNET, users can now call up Alexa skills without having previously enabled them. This friction-reducing move can make it easier for people to try new skills that they hear about from friends, on television commercials, or elsewhere.

Alexa power users (and CNET) will point out that this voice-enabling capability was rolled out last year, but the new big change here is about semantics. For example, previously you’d have to say “Alexa, enable Ted Talks,” before you could get a motivating lecture from Dan Pink or a bit of creative genius by Elizabeth Gibert. But now you can simply say “Alexa, open Ted Talks,” to get the speeches flowing, even if you haven’t enabled the skill previously.

A more intuitive tweak, to be sure, this minor change should help developers get more people using their skills. In the meantime, Amazon (AMZN) needs to continue addressing the problem of discovering skills inherent in its screen-free interface—but this change at least demonstrates that the company is trying.