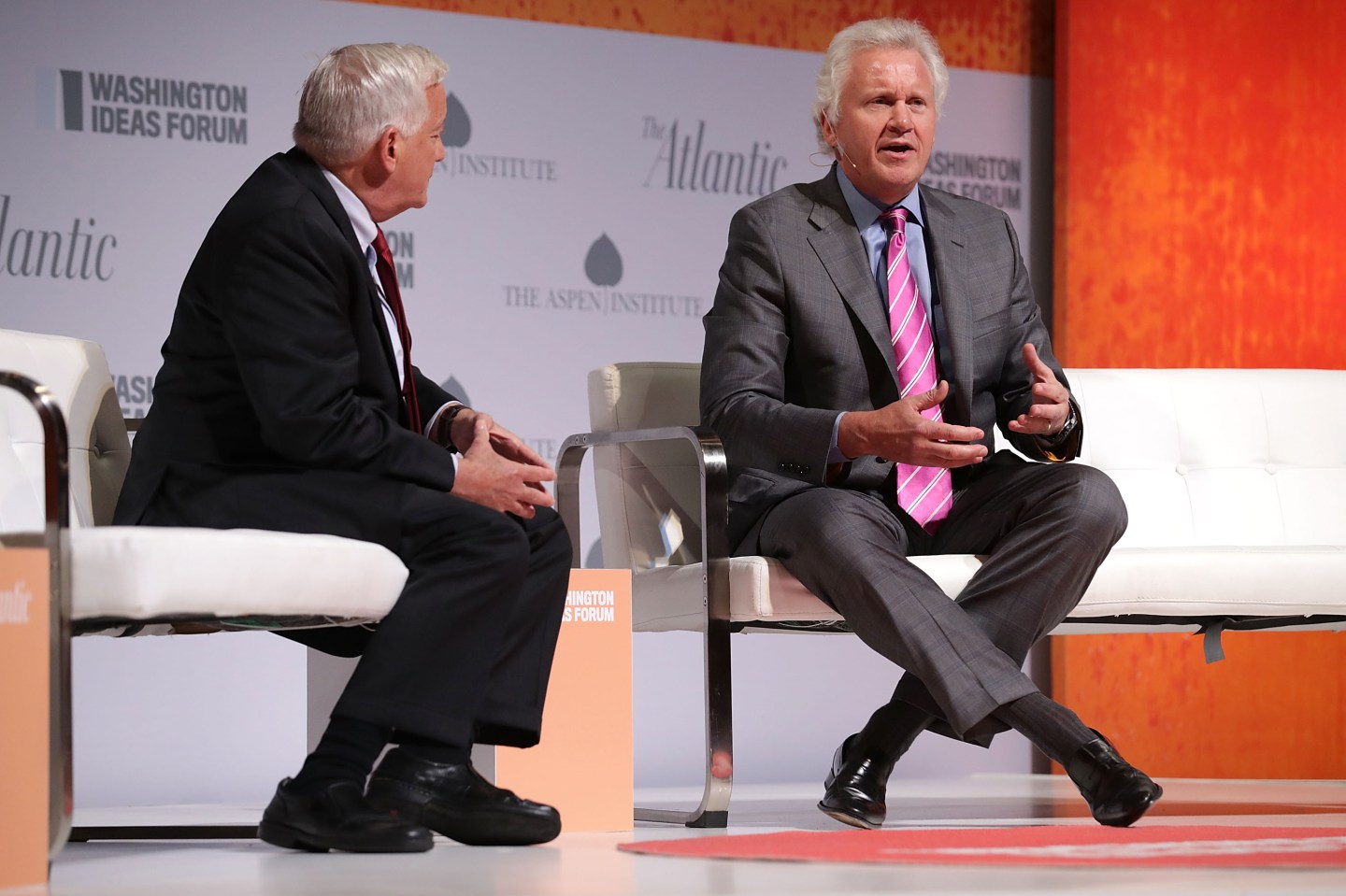 On Tuesday, Trump signed an executive order to roll back some of former President Barack Obama’s environmental regulations. The move wasn’t a total surprise since Trump initially promised to withdraw from the Paris Agreement during his 2016 campaign run. Members of Trump’s cabinet are also skeptical of efforts to combat climate change.

Immelt, who led Obama’s council on jobs and competitiveness, is not skeptical. He’s made clean energy a priority at GE, according to Politico, and the company’s increased use of environmentally friendly technology stems from the “well accepted” evidence on climate change and the environment.

“We believe climate change should be addressed on a global basis through multi-national agreements, such as the Paris Agreement,” Immelt wrote for an internal company blog obtained by Politico. “We hope that the United States continues to play a constructive role in furthering solutions to these challenges.”

In the past, Immelt expressed a willingness to work with the new administration.

“I would say to the president, ‘Look, level the playing field,” Immelt told CNBC‘s Jim Cramer during a February interview. “We can take on any company in the world. Help us do that.'”