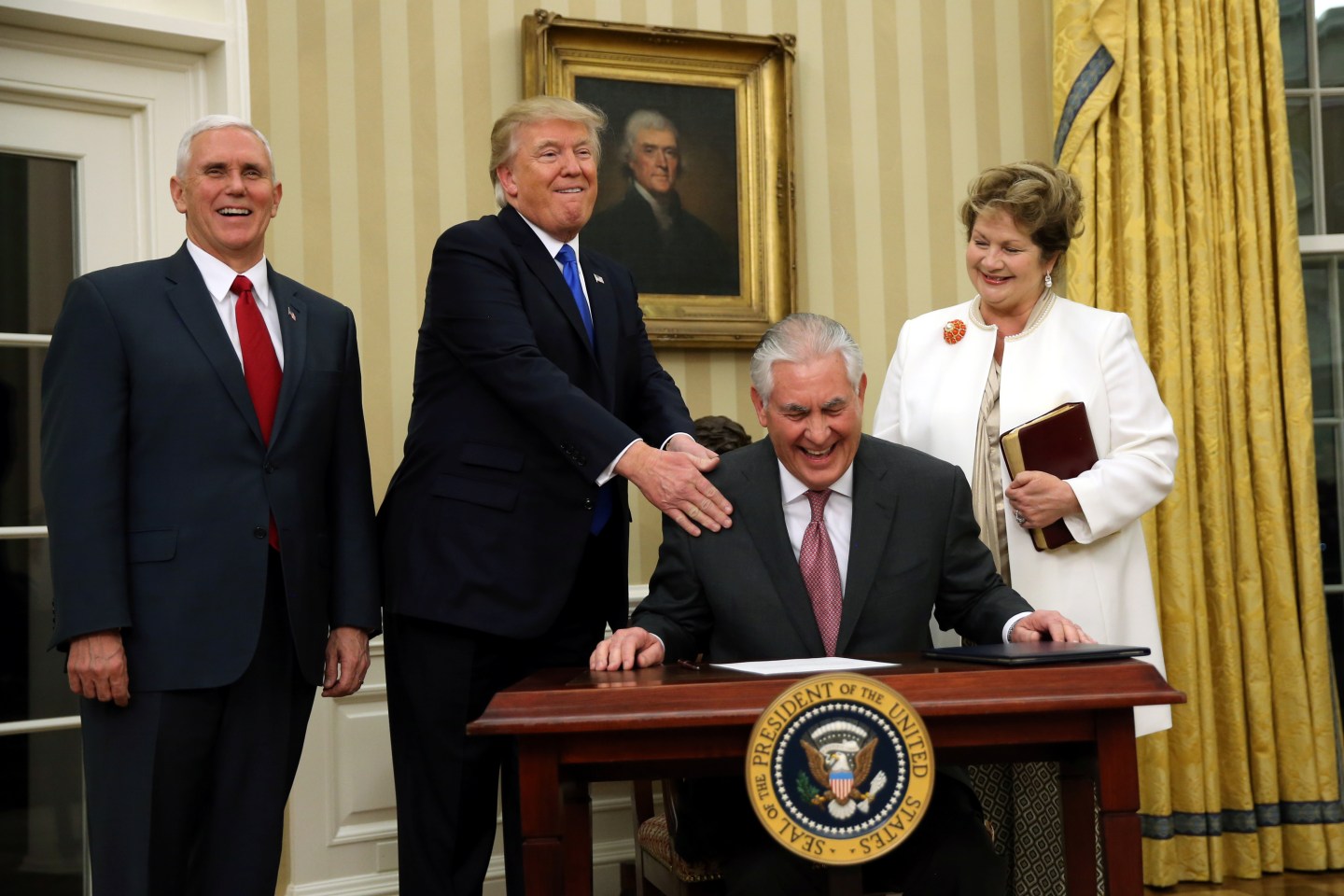 In a letter sent to the White House on March 22 — days before President Donald Trump signed an executive order rolling back Barack Obama’s climate legacy — Exxon told the administration that the Paris agreement is an “effective framework for addressing the risks of climate change” and that the U.S. is “well positioned to compete” under the deal, according to CNN Money.

The Paris agreement was ratified by 195 countries with the intent of reducing global warming. France’s foreign minister Laurent Fabius called the plan a “historic turning point” and President Obama celebrated the treaty as “the moment that we finally decided to save our planet.”

Trump on Tuesday set in motion the elimination of the Clean Power Plan, which aims to cut carbon emissions and increase the use of renewable energy, with the signature of his executive order. The president has flip-flopped on environment issues, calling climate change a “hoax” before taking office, but later telling the New York Times after he won the election that he had an “open mind” regarding the Paris deal.

Trump’s Secretary of State is Rex Tillerson, who served as chairman and CEO of the oil giant before joining the president’s cabinet in February. His replacement, Darren Woods, wrote in a blog post several weeks later that he and the company believes that “climate risks warrant action and it’s going to take all of us – business, governments and consumers – to make meaningful progress.”