All the New Features in Tesla’s Latest Software Update 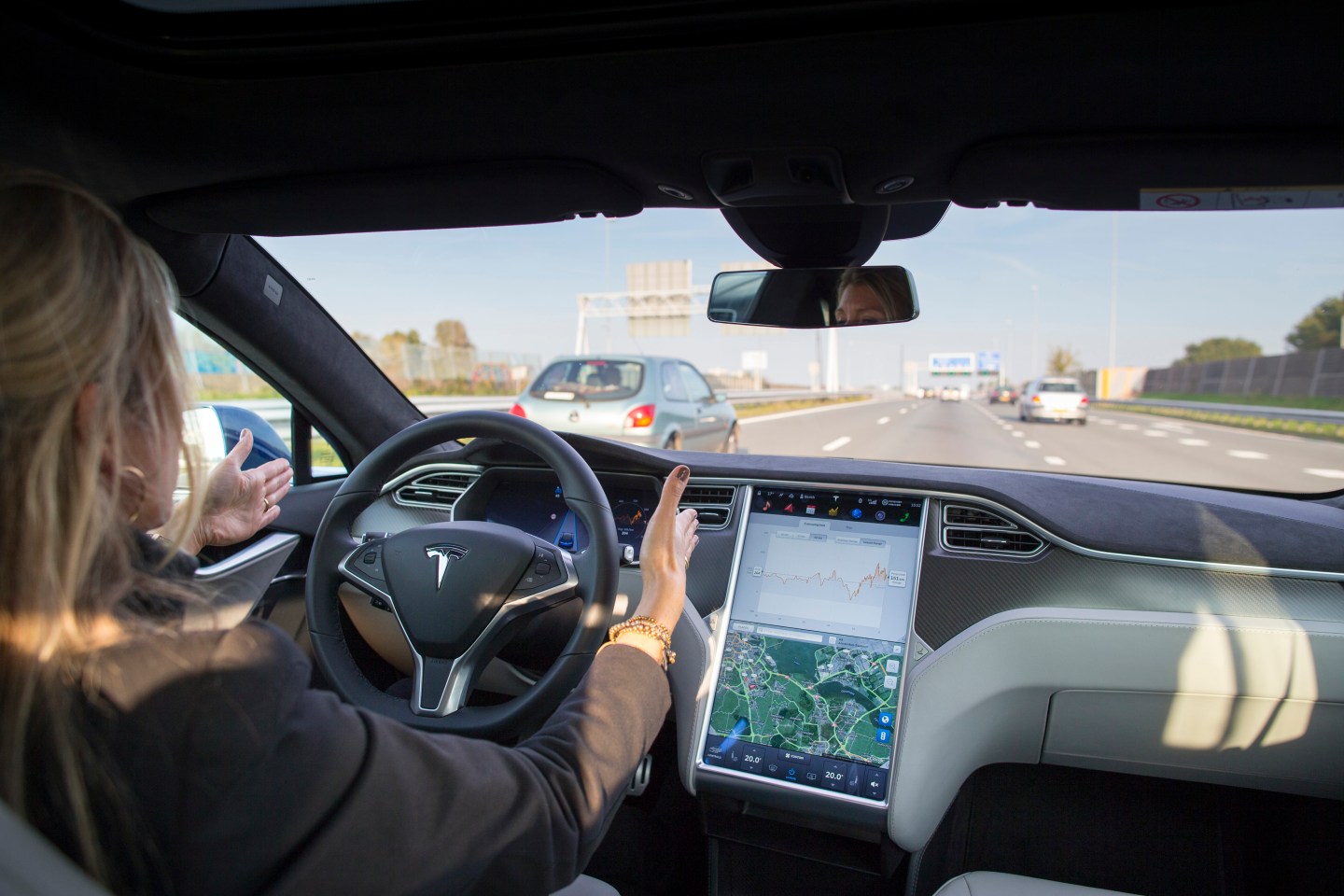 An employee drives a Tesla Motors Inc. Model S electric automobile, equipped with Autopilot hardware and software, hands-free on a highway in Amsterdam, Netherlands, on Monday, Oct. 26, 2015. Tesla started equipping the Model S with hardware -- radar, a forward-looking camera, 12 long-range sensors, GPS -- to enable the autopilot features about a year ago. Photographer: Jasper Juinen/Bloomberg via Getty Images
Jasper Juinen—Bloomberg via Getty Images
On Wednesday, Tesla released a new version of its Autopilot software—an update that will bring new semi-autonomous driving capabilities to Model S and Model X vehicles as the company tries to maintain its lead in the industry.
The new Autopilot software, a version called 8.1, has been updated in Model S and Model X vehicles built since October 2016, when Tesla started producing electric vehicles with a more robust suite of sensors, radar, and cameras—called Hardware 2—that will push the automated driving feature to new levels of capability and eventually drive autonomously without human intervention.
The 8.1 software release brings new safety and convenience features to hardware 2-equipped Tesla vehicles. The update began Wednesday on vehicles in North America. It will be followed by a worldwide rollout over the next couple of days.
Get Data Sheet, Fortune’s technology newsletter.
This latest software release follows a number of other features that have been rolled out incrementally over the past several months in Hardware 2-equipped vehicles, including forward collision warning and traffic-aware cruise control, which maintains the car’s speed in relation to surrounding traffic.
Autopilot was first introduced in 2015 and continues to improve via over-the-air software updates on early “Hardware 1” as well as “Hardware 2” vehicles.
Here’s a list of the new software 8.1 capabilities:
Model S and Model X owners might notice a few other changes to their vehicles—even the older ones—beginning Wednesday.
The Model X will now have a one-tap automatic seat adjustment that gives owners more control over the positioning of the middle row seats in the sport-utility vehicles. The default height of SUV’s falcon doors can also be lowered with a new adjustment capability, a feature that might be useful in parking areas with low ceilings.
The maps feature, which is displayed on the touchscreen in Model S and Model X, will now display a Google rating, hours of operation, phone number, and address of any business a user might select.
Tesla has also updated the headrest adjustment feature and added a favorites streaming station option on the radio.