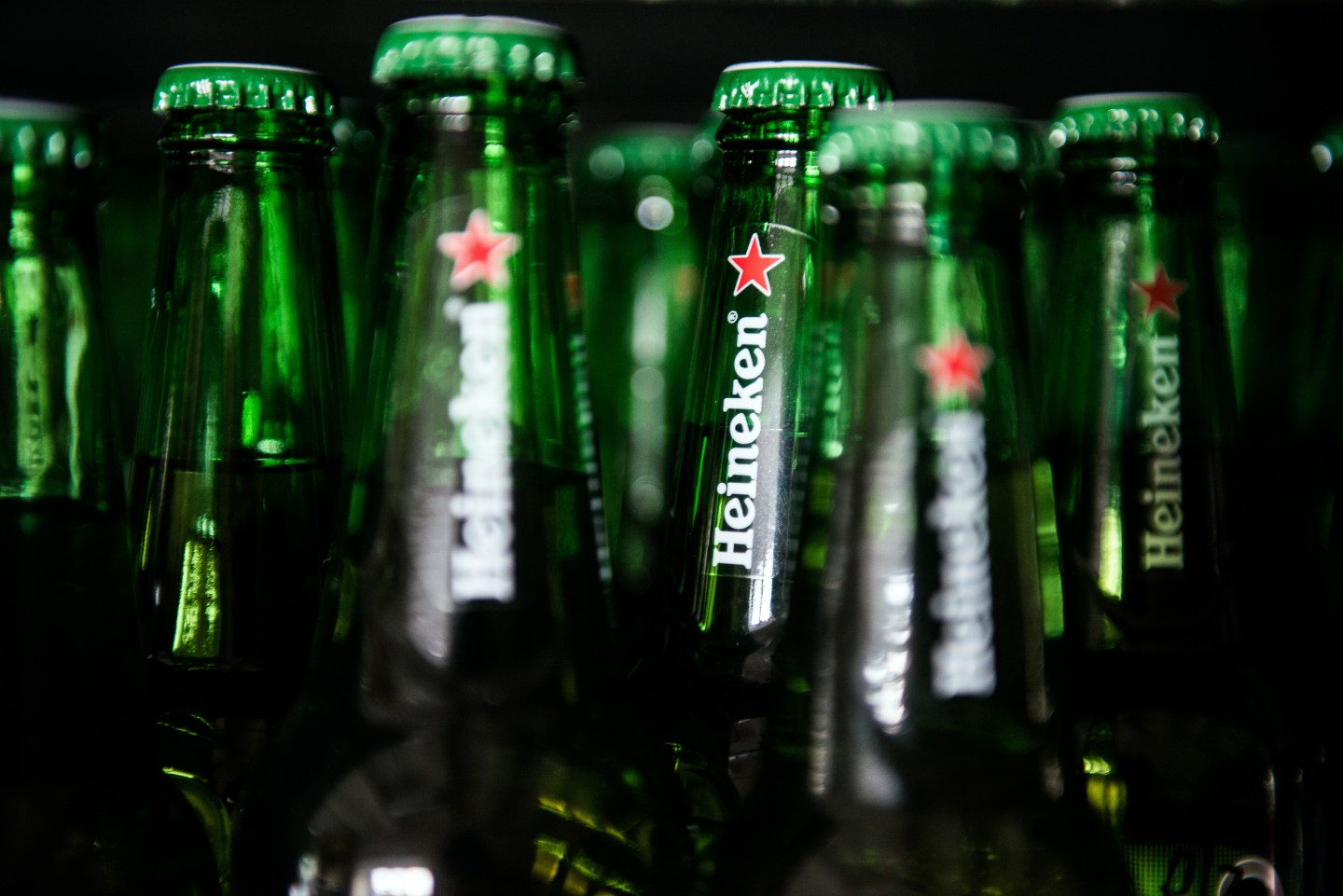 In Hungary, Heineken’s red-star logo may have to go under a proposed bill that would ban branding with symbols of totalitarianism.

The legislation was introduced earlier this week by the country’s ruling Fidesz party, led by Prime Minister Viktor Orban, following the result of a recent patent case in neighboring Romania that saw the green-bottle beer producer win out over a competitor with Hungarian ties, the Independent reports.

“If the bill goes through it will be forbidden to use symbols of totalitarian regimes such as national socialism or communism,” Orban’s chief of staff, Janos Lazar, told The Guardian.

Parliamentary leader Lajos Kosa told reporters that domestic brands had to be defended against those wielding their “market dominance to squeeze out others,” according to the Independent.

Heineken is hardly the only company to use red stars in its branding and, the Independent reports, Kosa said his party is attempting to make sure shoes and water from the likes of Converse and San Pellegrino don’t get swept up in the ban.

Heineken, meanwhile, denied its logo had any link to communism. “The star has been on the Heineken label since the early days of the brand,” the company said in a statement. “Naturally, the red Heineken star has no political meaning whatsoever.”