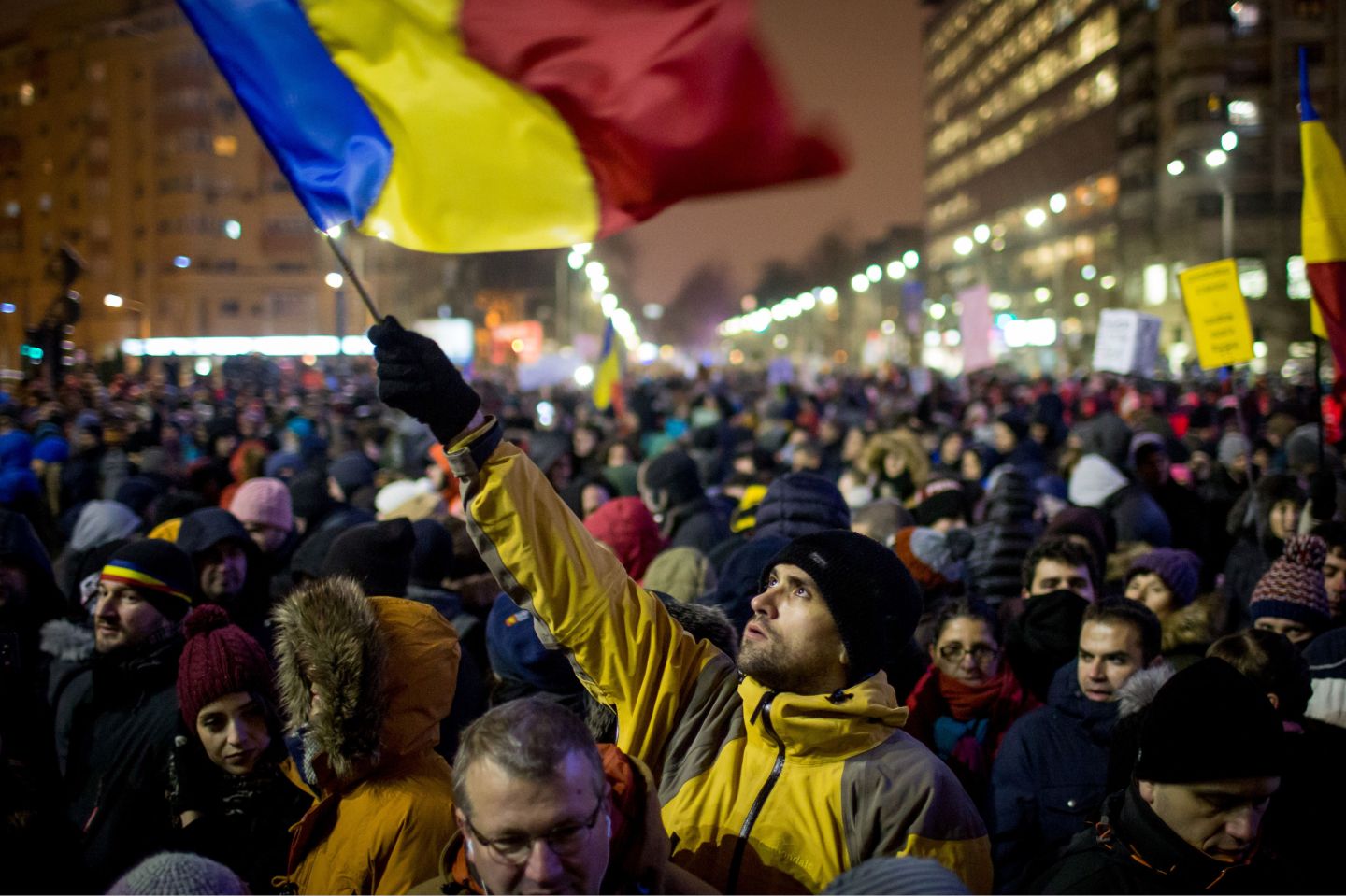 Romania’s prime minister said on Saturday he was scrapping a decree that would have shielded dozens of politicians from prosecution for corruption, bowing to one of the biggest protests since the fall of dictator Nicolae Ceausescu in 1989.

Sorin Grindeanu said the decree—which decriminalised several graft offences in what the government said was a bid to relive pressure on the prison system—would be repealed on Sunday, just five days after is was approved by the cabinet.

It would have come into force at the end of next week.

“I do not want to divide Romania. Romania can’t be split into two. Right now Romania seems broken in two. My last desire is to witness this,” Grindeanu said, referring to the public disgust at the decree which brought hundreds of thousands onto the streets every day since it was passed.

While he made the announcement live on television, some of the anti-corruption protesters outside his office, which police estimated at 170,000, chanted: “Resign! Resign!” and waved the Romanian flag.

Soon after, an image of a map of Romania was laser-projected onto a nearby building, with the words: “We WOKE UP!” Protests in some 70 cities nationwide were estimated by police to number 330,000 people.

“They must go. This is an incompetent government,” said one protester who gave his name as Gabriel. “We don’t want to see this repeated. We won’t give up.”

The decree, seen by its critics as the biggest retreat on reforms since Romania joined the European Union in 2007, would have exempted abuse-of-power offences involving sums below 200,000 lei ($48,000) from prosecution—shielding hundreds of officials from justice.

It could have put an end to the ongoing trial of the head of the ruling Social Democrats (PSD) Liviu Dragnea, viewed as the real power behind Grindeanu’s government which took office last month.

Dragnea, whose conviction for electoral fraud barred him from office, is accused of using his political influence to secure state salaries for two people working at his party headquarters between 2006 and 2013. He denies wrongdoing.

Dozens of political figures from all parties stood to benefit from the decree.

Nine Western powers including Germany and the United States said they were deeply concerned the decree could undermine Romania’s partnerships in the EU and NATO.