Trumpcare Is Deeply Unpopular Ahead of Its Crucial Congressional Vote 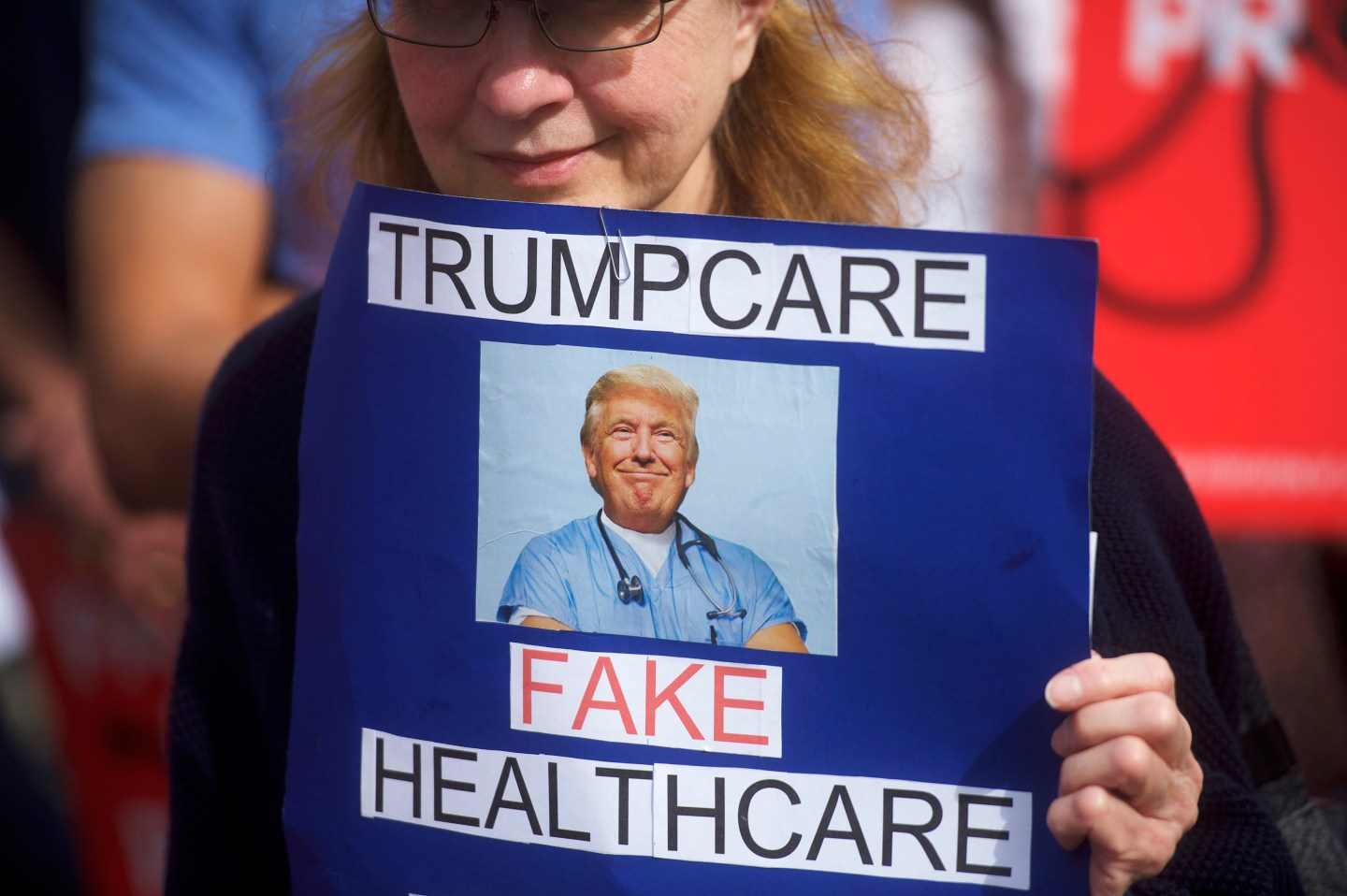 The House of Representatives has reportedly decided to delay a vote on the American Health Care Act (AHCA), or Trumpcare, which was planned for this evening (the seven-year anniversary of President Obama signing the Affordable Care Act into law). But whatever the eventual fate of the Obamacare replacement bill, it’s unlikely to find much favor among the U.S. public, according to a new national survey.

A Quinnipiac University poll finds that American voters disapprove of the proposed legislation 56% to 17% (26% are undecided). Strikingly, not even a majority of the surveyed Republicans endorse the GOP health care plan, with just 41% in support and 24% in opposition.

The brutal disapproval figures stretch across multiple demographics. The antipathy clocks in at 56% among both men and women, 54% among white voters, and 58% among independent voters (it’s even more unpopular when it comes to non-white voters).

“Replacing Obamacare will come with a price for elected representatives who vote to scrap it, say many Americans, who clearly feel their health is in peril under the Republican alternative,” said Tim Malloy, assistant director of the Quinnipiac University Poll, in a statement. You can read the full findings here.

It’s not too hard to see the reasoning behind the unpopularity. Trumpcare takes a sledge hammer to the Medicaid program which insures the poorest Americans and replaces Obamacare’s subsidies with a tax credit system, a change widely expected to increase financial strains on the sick, elderly, and poor while granting big tax cuts to richer people. It also freezes federal funding for Planned Parenthood. These provisions are overwhelmingly disapproved of by American voters, according to Quinnipiac and other pollsters, and the White House and Congress might still incorporate deeper coverage cuts in order to placate conservatives who don’t think the AHCA goes far enough to dismantle the Affordable Care Act.

Meanwhile, Obamacare’s popularity has been rising amid the prospect of millions losing coverage, even under what they consider an imperfect system. In a recent CNN/ORC poll, more respondents favored the law than opposed it.