Sean Spicer After Wall Street’s Tough Day: The ‘Real Indicators’ of an Economy Are Jobs Anyway 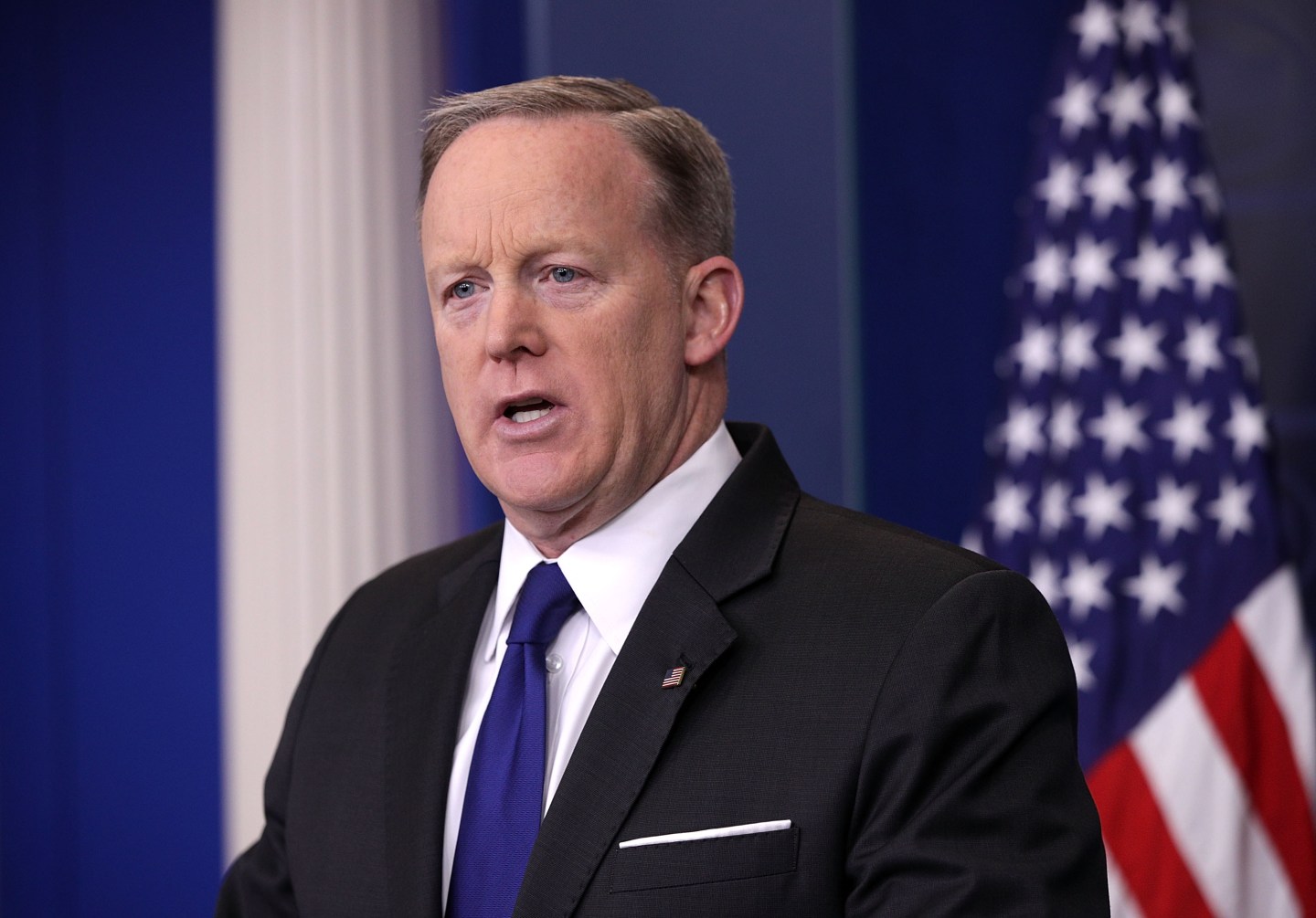 White House Press Secretary Sean Spicer said on Tuesday that stock indexes cannot be used to judge the performance of U.S. President Donald Trump’s administration, confounding observers who have witnessed the President do just this when markets performed better in the past.

“You can’t look at one indices and say that that is the benchmark of an entire economy,” Spicer said at his daily press briefing as the Dow Jones industrial average shed about 200 points, CNBC reports.

Overall, U.S. markets are “up tremendously,” Spicer said, adding that there is “continued confidence in the market and optimism in the market.”

Spicer’s defense appeared to contradict both Trump, who on several occasions since his inauguration has pointed to stock market gains as evidence of his administration’s success, as well as Treasury Secretary Steve Mnuchin, who previously told CNBC that he “absolutely” believes the market is a good indicator of economic progress.

For more about the stock market, watch Fortune’s video:

Spicer said that job creation and businesses returning to the U.S. were the “real indicators” of the economy’s performance.