Amateur Baseball Players Get High-Tech Bats to Perfect Their Swings 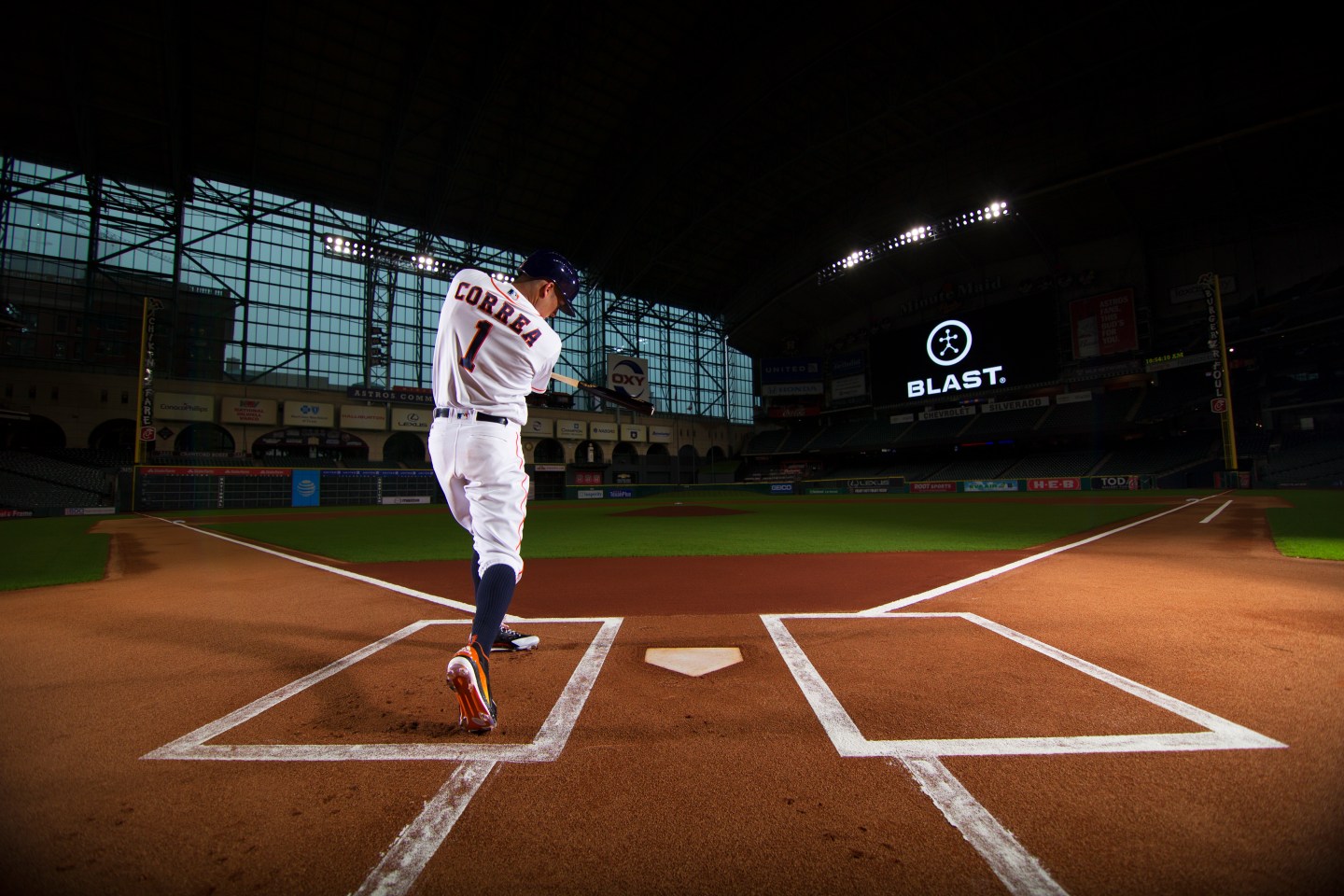 Young baseball players may soon be able to improve their swings with the help of sensors and data crunching.

On Wednesday, the Amateur Athletic Union, which organizes sports leagues nationwide, said it had partnered with sensor maker Blast Motion to arm players with technology that makes bats smarter. AAU baseball players will have discounted access to sensors paired with a smart phone camera app that collect details like swing speed and the angle at which the bat strikes the ball.

The idea is to use the information to help young players with their technique and provide yet more statistics to pore over in a sport that is already swimming in them. It’s also another example of the growing use of technology in sports to collect and analyze performance data like the MLB’s extensive collection and sifting of real-time data.

AAU baseball teams, in contrast to Little League teams, tend to be regional and can travel quite a bit. Generally, these teams feature talented student players some of whom are being groomed for college or professional teams.

Blast Motion’s sensors, which weigh about a third of an ounce, attach to the knob of any standard baseball bat.

Blast Motion’s technology captures video that players can speed up or down and clip as needed. They can get immediate feedback on the field and, if they chose, send the data to Blast Motion’s off-site “service cloud” so that coaches can view it, add notes, and then send it back, said Donovan Prostrollo, senior director of marketing for the Carlsbad, Calif. company.

By analyzing bat angle, the technology shows whether the batter is swinging down on the ball and therefore hitting into the ground. Too much of an uppercut or positive angle without home-run velocity, on the other hand, could mean easy-out pop ups.

Blast Motion, which competes with a swing analytics product from Zepp, signed a multi-year deal with Major League Baseball last year to provide its technology. Use of the sensors for both the MLB and AAU is limited to warm-up and practice sessions, not games.

As part of its push into technology, MLB also started providing every team manager with an Apple(AAPL) iPad loaded with custom software last year with mixed results.

For more on baseball, watch:

The Blast Baseball 360 sensor and app have a list price of $149.95 but AAU athletes get a 25% discount as part of this deal. Blast Motion also offers motion sensors and data analytics for other sports such as the Blast Basketball Jump Shot, Layup and Dunk Analyzer, and Golf 360 Swing and Stroke Analyzer.