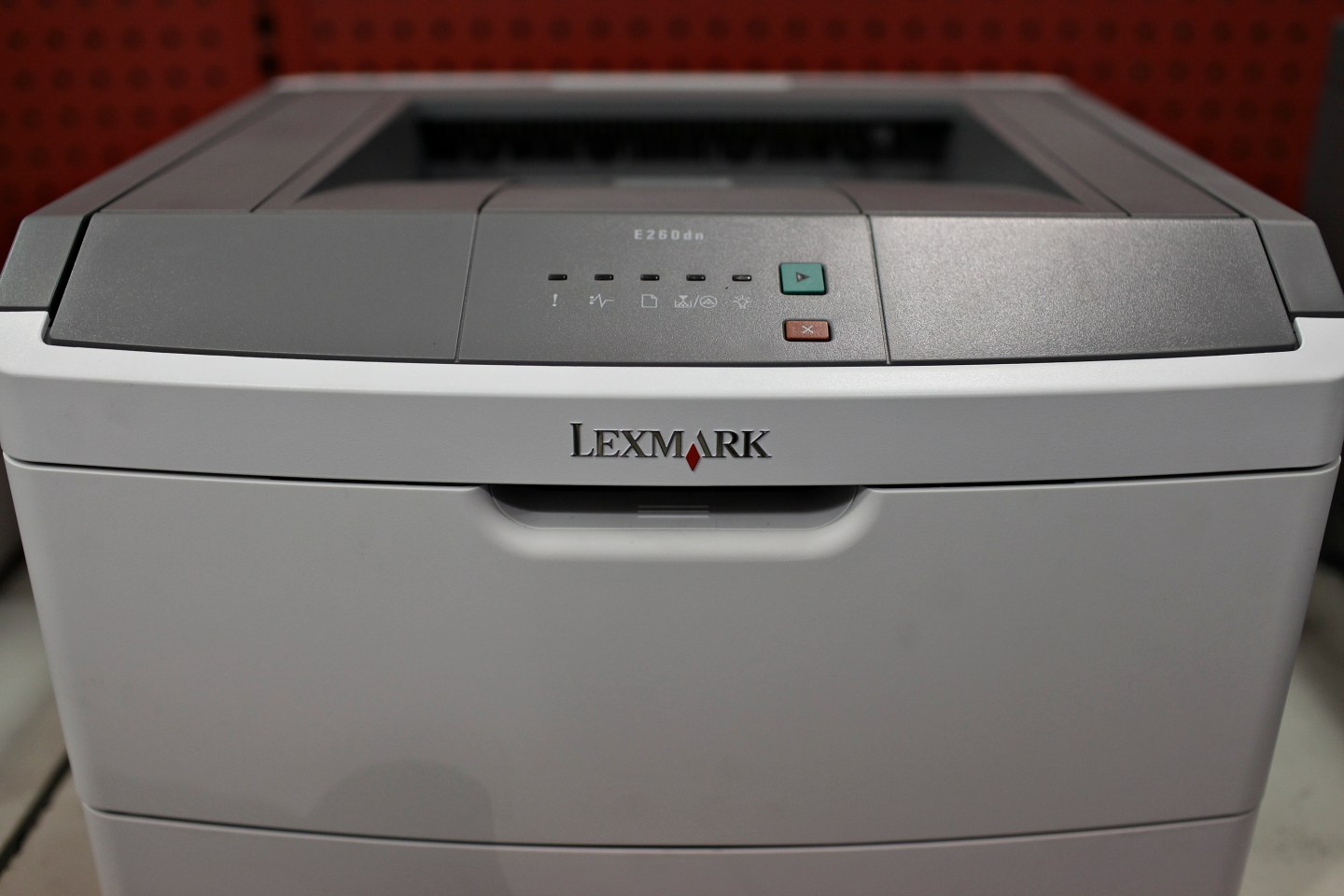 On the face of it, the Supreme Court is about to hear what sounds like a simple dispute: When can a printer company forbid others from refilling its toner cartridges?

But this ordinary-sounding patent case carries profound implications for retailers and resellers across the U.S. economy, and has led dozens of scholars, public interest groups, and companies from IBM to Costco to weigh in. The case, known as Impression Products v. Lexmark International, will be argued before the Supreme Court at 11 am ET on Tuesday.

Here’s a plain English guide to what you need to know about the case.

Why is the Supreme Court hearing a case about toner cartridges?

The printer giant Lexmark, which earns much of its revenue from cartridge sales, sued a small West Virginia company for selling refills of its cartridges without permission. That smaller company, Impression Products, disabled a chip in the cartridges so that Lexmark printers did not realize they were unauthorized refills. This lets consumers save money on toner, but it poses a threat to Lexmark’s business model. An appeals court took Lexmark’s side, and concluded that Impression’s activities amounted to an unauthorized use of the company’s patented technology. Now, Impression is appealing.

While the dispute will undoubtedly affect the printer market, a Supreme Court ruling for Lexmark would also give patent owners broad new powers to limit what people can do with their products after they are sold. Just as Lexmark says it has a right to limit the resale or modification of its cartridges, car or drug companies could theoretically impose their own unusual restrictions.

“A [patent owner could sell] pharmaceuticals ‘only to be swallowed whole,’ or a radio ‘only for use on Sundays,’ and sue someone who splits his pills or forgets the day of the week for patent infringement … Less fancifully, a patentee could sell a car with a ‘no resale’ restriction and shut down the market for used cars,” wrote a group of scholars in support of Impression Products.

This could seriously affect resale markets and consumer choices. On the other side, Lexmark and its supporters see Impression’s activities as a form of piracy, and they warn that this could dramatically upset companies’ business models.

What are the legal arguments?

In its victory at the appeals court, Lexmark relied on a technical argument about the 1952 Patent Act that revolves around the word “authority.” Basically, Lexmark says the law means that it can enforce its patent rights even after a sale if the user engages in unauthorized activity.

Opponents, meanwhile, point to a long-time patent principle known as “exhaustion.” This idea, which dates back to the Civil War era, means that after a patent owner sells its product, its rights over that product are finished. The thinking here goes something like “patent owners get to collect monopoly prices when they first sell the product, so they shouldn’t get to double dip.”

Impression’s supporters also claim that new post-sale patent rights will create huge uncertainty about what people can do with their property. Patent owners could pop up all over the place and say a certain use of a product is unauthorized, and that the owner must pay damages. They argue that in situations like Lexmark and its refill policies, companies should try to exert control through ordinary contracts, not through powerful patent monopolies.

There is also a second question before the Supreme Court in this case, which is about when companies can import patented products to the U.S. that they bought legally overseas.

Who is weighing in?

Public interest groups like the Electronic Frontier Foundation and the AARP (which is concerned about how new patent rights would affect drug products) are among those that filed briefs to support Impression. Others include retailers like Costco, and tech companies like Intel and HTC, which fear disruption to their supply chains and retail operations.

Those on Lexmark’s side include pharmaceutical makers, patent holding companies, and Qualcomm. IBM also filed to support Lexmark, but only on the second question about overseas products.

The U.S. Justice Department, meanwhile, is mostly arguing in favor of Impression, and asking the Supreme Court to reverse part of the decision.

Who is going to win?

No one is making any firm predictions about this one, though there are some factors that favor Impression on the main question. A big one is speculation that the Supreme Court has had it in for the patent appeals court, reversing it numerous times in recent years, often by a 9-0 margin. Other factors include the Justice Department’s support for Impression on the right to resell in the U.S. (the agency offers qualified support for Lexmark on the import issue), and the larger policy concern that a ruling for Lexmark could unsettle established rules around property rights.

The second question about importing patented products for resale is more up in the air. In a 2013 copyright case called Kirtsaeng, the Supreme Court ruled that a publisher could not block the resale of books in the U.S. that had been legally bought overseas. But that was based on the Copyright Act, and not about the common law patent “exhaustion” rules in question here.

Finally, there is a slight chance of a 4-4 tie (recall that the Senate has yet to confirm President Trump’s nominee Neil Gorsuch to the top court), which would mean that the lower court’s ruling in Lexmark’s favor would be upheld.

SCOTUSblog has a very thorough explanation of the case, and links to all the friend-of-the-court briefs, while Adam Liptak of the New York Times offers a good big picture overview. Professor Dennis Crouch who runs the well-respected patent law blog PatentlyO, has more details about the case, including a detailed account of the facts.