General Mills Is Taking a Beating in the Yogurt Aisle 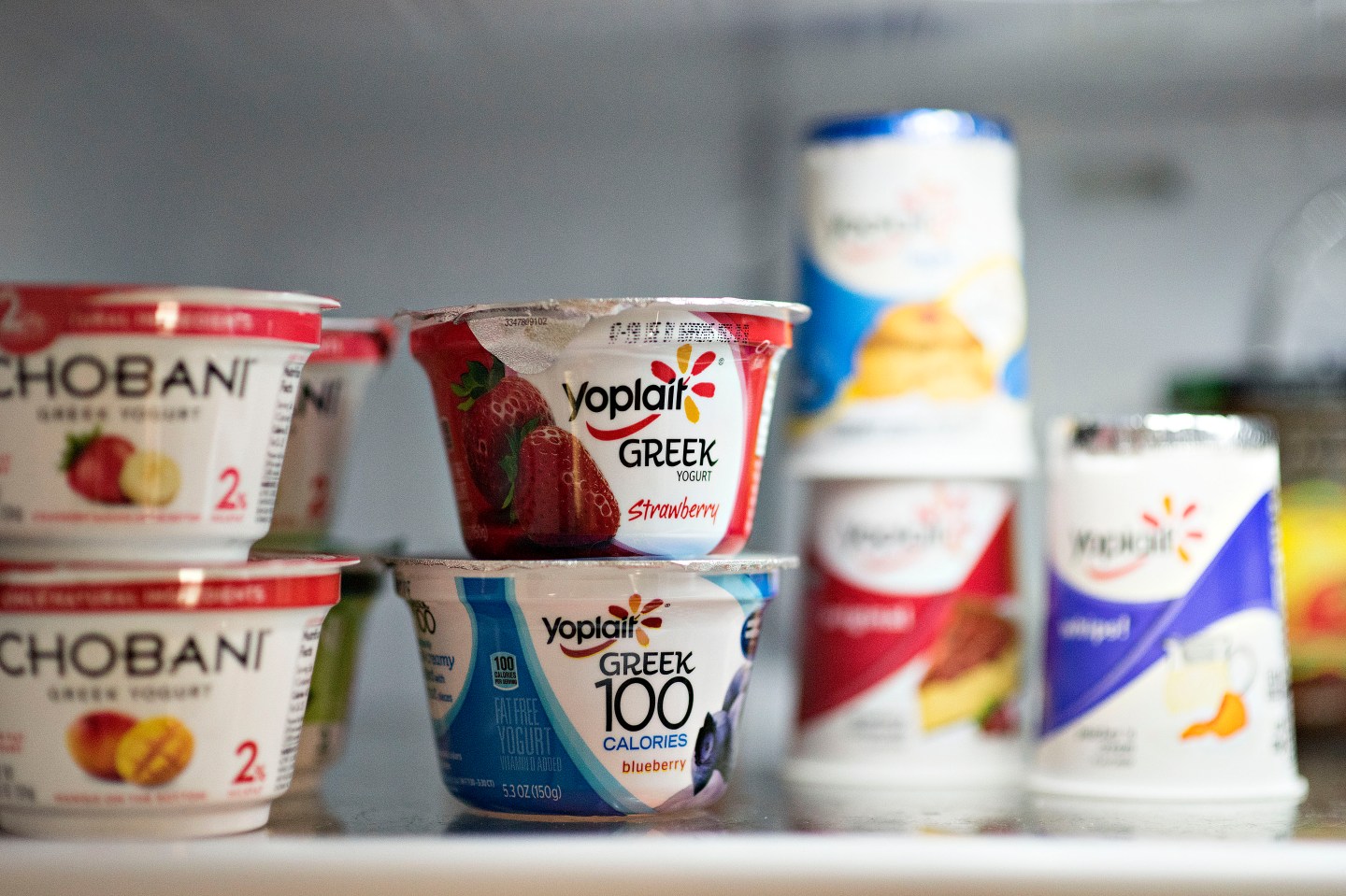 General Mills Inc. Yoplait brand yogurt products are arranged for a photograph in Tiskilwa, Illinois, U.S., on Wednesday, March 18, 2015. General Mills reported net sales of $4.35 billion during the third quarter and reaffirmed the company's outlook for 2015 during an earnings report today. Photographer: Daniel Acker/Bloomberg via Getty Images
Photo by Bloomberg via Getty Images

A bruising 20% drop in yogurt sales in the U.S. led General Mills to post yet another quarter of declining sales, as the Big Food maker continues to confront prolonged woes in the yogurt aisle.

On Tuesday, the maker of Cheerios cereal and Yoplait yogurt reported sales declines across all major segments in the key U.S. market, led by the decline for yogurt though sales were also weaker for cereal, snacks, and meals & baking. Those struggles led to an overall sales drop of 8% for North America, where General Mills (GIS) books two-thirds of the company’s total sales. Sales also dipped in Asia & Latin America, but grew in Europe & Australia.

But the key story at General Mills is the yogurt business declines. Last summer, General Mills executives conceded that it had too many “regular” and “light” yogurts and not enough better selling Greek, organic, and yogurt beverage offerings. The category—worth $84 billion globally—is important because it growing at a faster clip than other portions of the grocery store where General Mills competes, like cereal and traditional snacks. To respond to the evolving consumer preferences—as consumers want more protein and less sugar—General Mills has promised to renovate as much as 60% of the company’s business.

As General Mills works to renovate yogurt, sales for the business continues to dip. General Mills—which sells yogurts under the Yoplait, GoGurt, Annie’s and Liberté names—has badly underperformed the yogurt category and has now posted steep double-digit sales declines in the U.S. for all three quarters of the current fiscal year. The weakness in the yogurt aisle was a factor that led the company to lower 2017 sales and earnings targets in February. It reaffirmed those targets on Tuesday.

General Mills has found itself lagging in yogurt because others have done a better job at innovating and the cereal maker is playing a bit of catch up. Much of the blame goes to Greek yogurt purveyor Chobani, which is now bigger than General Mills’ Yoplait in the U.S. market. Other disruptive brands, like Noosa Yoghurt, have grown to become big brands with sizable shelf space that competes with Yoplait.

Chief Executive Officer Ken Powell told analysts during a conference call that General Mills faced two big challenges of late: the problems with the U.S. yogurt business and gaps in pricing and promotional activity. On pricing, that essentially means that some of the goods sold by General Mills weren’t priced competitively, meaning more discounts were needed than the Big Food maker had anticipated or planned.

There were some encouraging elements of General Mills’ latest results, including the 72-cent per-share profit that topped Wall Street’s expectations, which was helped by some cost cutting. Overall sales slipped 5% to $3.79 billion, just a tad below the $3.8 billion estimate by analysts. Big Food makers broadly have faced tough growth prospects as many legacy brands report weak sales in mature markets as consumers favor toward healthier fare. That’s led some to speculate the Big Food industry could consider a major merger or two to better compete and find further cost savings with greater scale.