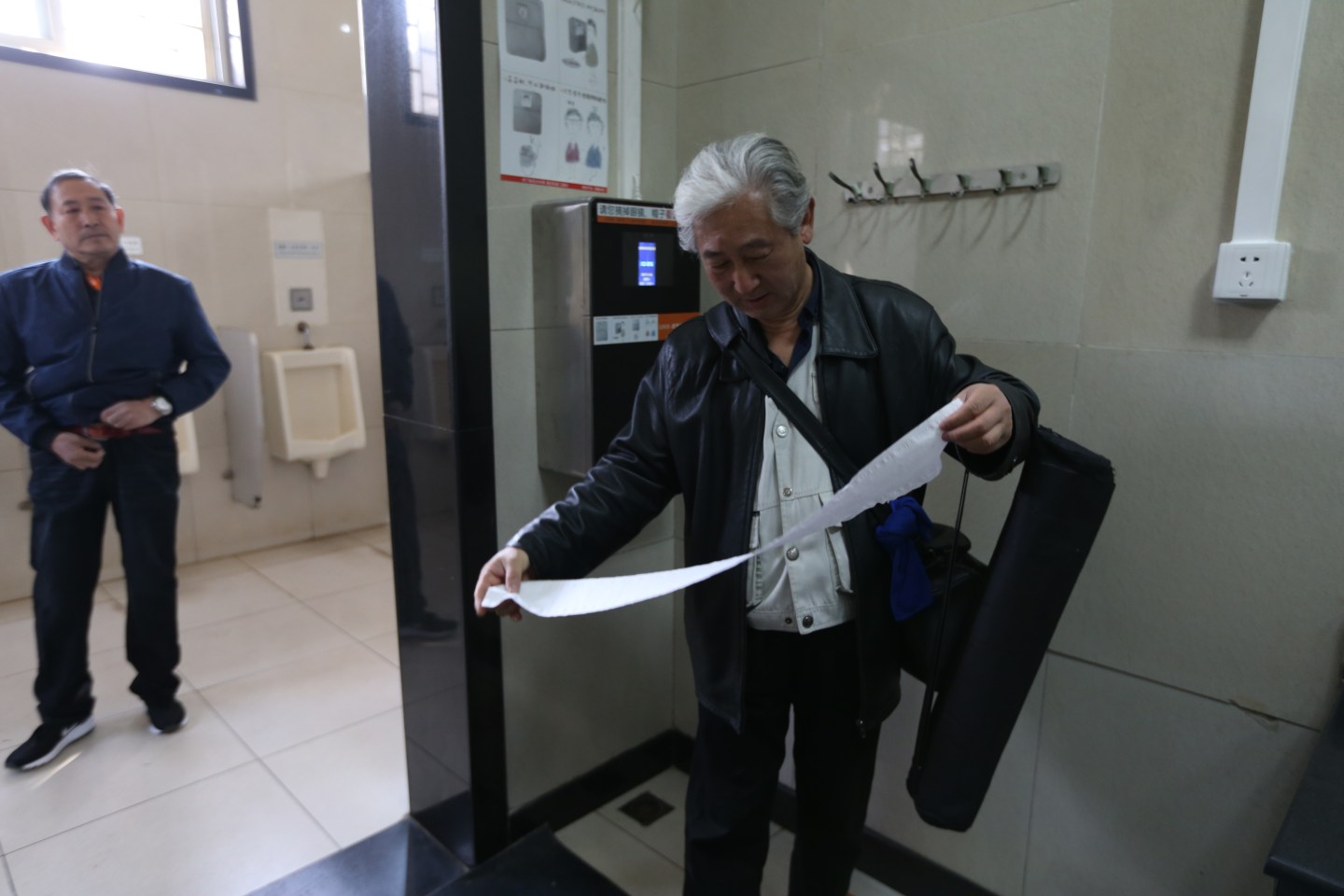 Beijing authorities aren’t messing around when it comes to stopping the theft of toilet paper. Facial recognition technology has been deployed at one of the city’s busiest tourist spots to prevent what The South China Morning Post referred to as “toilet paper kleptomania.”

High-definition cameras installed at the city’s Temple of Heaven restrooms capture facial images and then reportedly prevent any one person from taking more than 60 centimeters (or about 23 inches) of paper within a nine-minute period, according to the report and other news outlets. If the same person appears during that period, the toilet paper dispenser stops working. Presumably, this photo session takes place at the entrance to the restroom, so some degree of privacy is maintained while patrons go about their business.

Apparently tourist destinations like this one have seen a rash of toilet paper thievery, which after all, costs money. Investigations found that the culprits were predominantly senior citizens, presumably on fixed incomes. Just to be clear, TP thievery is not a cultural thing. Other documented cases have cropped up in the U.S., including at the Bronx branch of the New York Public Library.

The Beijing system requires that people entering the restroom remove their hats and sunglasses, and face the camera for several seconds, according to The Guardian. If the same person shows up again in that nine-minute window? No toilet paper for him or her.

Facial recognition has been both touted and vilified for its ability to pick a face out and identify it. Clearly, if the technology is accurate enough—which some question in fast-moving crowd situations—it can boost security. Law enforcement can use security camera footage with facial recognition to scan for known terrorists, for example.

And in this case it could cut Beijing’s toilet paper budget.

For more on facial recognition, watch:

But some are also uneasy about how use of this technology compromises privacy. Reports out of Russia in May, for example, illustrated how someone could point a smart phone at a stranger on the street and then use facial recognition to identify that person. That clearly has some troubling repercussions. Would-be rapists could use that technology to pick out and stalk victims.

But as always, no one thinks this genie can go back in the bottle. Facebook (FB), Google (GOOGL), and Microsoft (MSFT) are all working to fine-tune their facial recognition software for all sorts of applications.