Why Trump’s Experiments With Fascism Will Fail 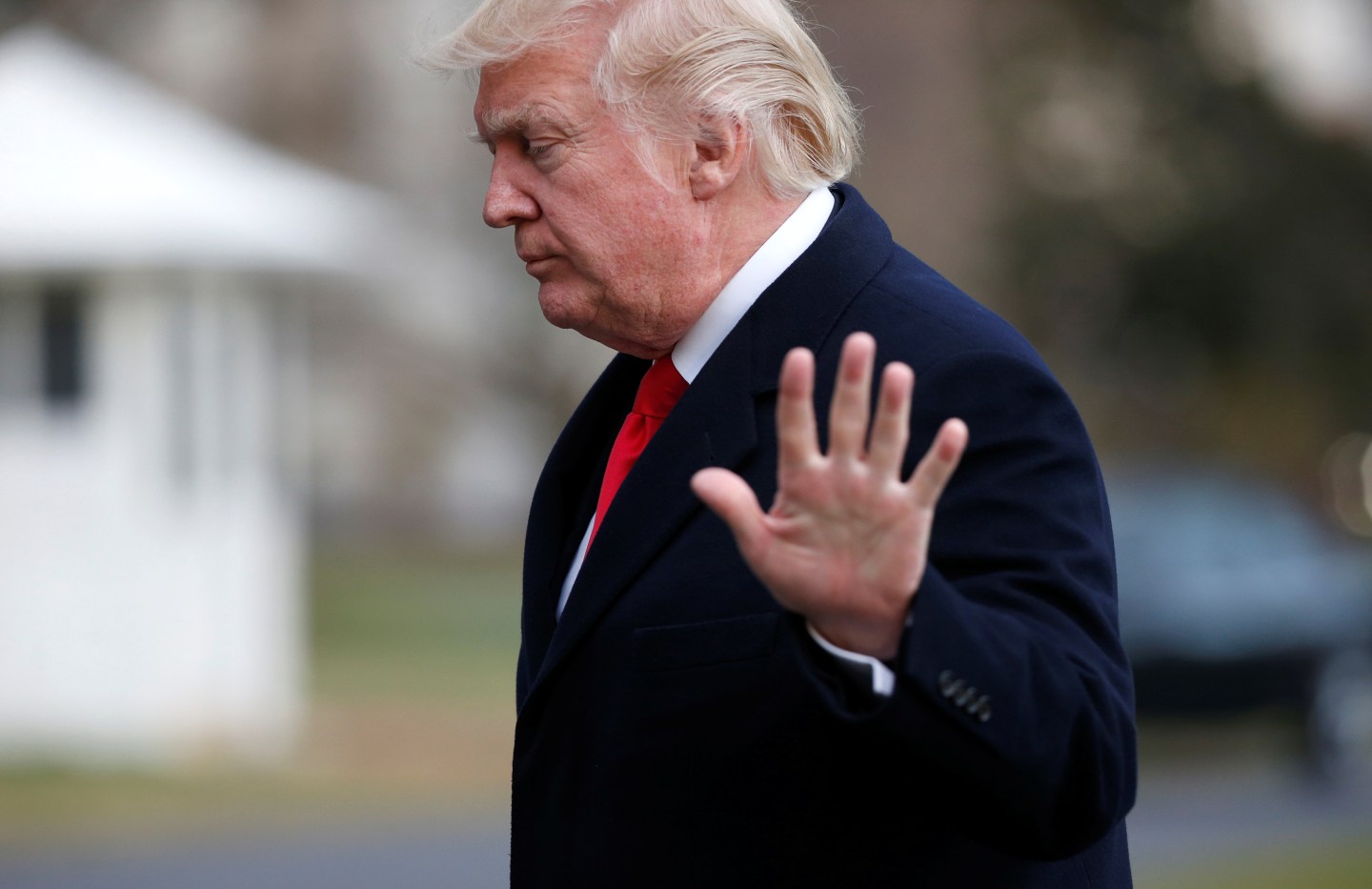 U.S. President Donald Trump waves as he walks from Marine One upon his return to the White House in Washington, U.S., March 19, 2017. REUTERS/Joshua Roberts - RTX31ROH
Joshua Roberts—Reuters

In his first 50 days in office, President Trump has made innumerable unsubstantiated assertions and false statements, claiming untruthfully that millions of Americans voted illegally, that terrorist attacks in the U.S. are not being reported by the media, and, most recently, that Barack Obama wiretapped the phones in Trump Tower. He has also attacked civil liberties, threatened individuals and institutions that appear to stand in the way of his agenda, and declared outright war on the press. It is time for Republicans, Democrats, and Independents to make common cause in what has become, remarkably, the greatest threat to the United States of America in 2017: not religious extremism, nor an adventurous and totalitarian Russia, but the specter of homegrown fascism.

It is a most dangerous time in America. Trump borrows from the playbooks of Benito Mussolini, Slobodan Milosevic, and Vladimir Putin. Like Mussolini, he spins a “mutilated victory” narrative that discards the truth of America’s long and steady march toward enhanced strength and prosperity in order to support his claims that America needs to be made great again. Like Milosevic, to consolidate power, he invokes nationalist sentiment and stokes primitive fears and anxieties that survive by channeling insecurity into hatred and then masquerading as racial superiority. But most of all, he emulates Putin. He does so when he weakens civic institutions, creates crises, and sabotages alliances so that he might profit from the arbitrage opportunities that conflict and uncertainty oft afford.

He does so when he trades so unabashedly and unapologetically in strategic fictions and outright lies that it threatens to entirely dislodge facts and evidence from civic and political discourse. And he does so when he paints as “enemies of the people” the most vital of American institutions—the free press—whose role is to ensure that no one dares to put himself above the law. As any reader of history will attest, we have seen these strategies employed before.

But this is not the weakened Italy of the inter-war years, nor the troubled Balkans of the 1990s, nor the battered Russia that Putin inherited at the turn of the century. Things work differently in the U.S. Despite recent events, most of us still prefer facts to fiction, and enough Americans retain an appreciation for the lessons of history. Most importantly, there remains a deeply held conviction in this country that when a young and still inexperienced America showed that it was possible to pursue freedom and democracy without sacrificing security or strength, it was the most important political contribution any nation had ever made to humanity.

Americans will not so easily relinquish the hard-won gains of liberal democracy to the first bully that tells us he is indispensable but that our liberties and ideals are not. As evidence, we need only to look to journalists who are fact-checking and speaking truth to power with increasing volume and resolve, judges who have pushed back on Trump’s travel bans, and citizens who have taken to the streets to make sure their voices are heard. That Trump and his administration have been able to push things as far as they have is certainly cause for serious concern and reflection, but I remain confident that Americans have a keen eye for scams and can identify a harbinger of totalitarianism, regardless of the mask it wears or the promises it makes.

American values will prevail, and the bullies will be forced to retreat, or else drastically change their ways. Such course corrections are never swift enough, but history gives us some reason for optimism: The Sedition Act of 1798, which made criticism of the federal government or the president a punishable offense, met a deserved end; Sen. Joseph McCarthy, famous for his communist witch hunts and character assassinations of political opponents, was eventually censured for behaving “contrary to senatorial ethics” and bringing the Senate “into dishonor and disrepute”; and President Nixon was forced to resign after lying to cover up his knowledge of the Watergate crimes.

History proves that the costs of standing up to a bully are always lower when we make it clear that we are willing to bear them, and when we show that there is no scope for compromise where our sacred values are at stake. We are presented with the same test of moral courage that humanity has faced in every part of the world where a would-be dictator or despot or strongman has gambled that the masses are too afraid to push back, too self-absorbed to stand up, or too naive to realize that they are being swindled.

In the spectrum of humanity, bullies are to be expected. But so, too, are those who will stand up to them. The American people—and especially judges, lawmakers, journalists, activists, and others who are tasked with safeguarding American liberties—still have to act in the interest of self-preservation. We would be wise to remember that our time and place will one day be just another chapter in the long history of the world. When that day comes, the personal and political costs we bear in the fight to preserve the rule of law and civil liberties—by voting, marching, challenging falsehoods, advocating for those who are unlawfully treated, defending freedom of the press, demanding investigations into potentially criminal activities, and holding elected officials accountable—however great these costs may seem today, will appear inconsequential; but the gains we make, however small they look today, will rightly be judged as heroic.

Deepak Malhotra is the author of Negotiating the Impossible. He is also the Eli Goldston Professor of Business Administration at Harvard Business School.