CNN’s Poppy Harlow: My Husband’s Paternity Leave Was a Gift to Our Family 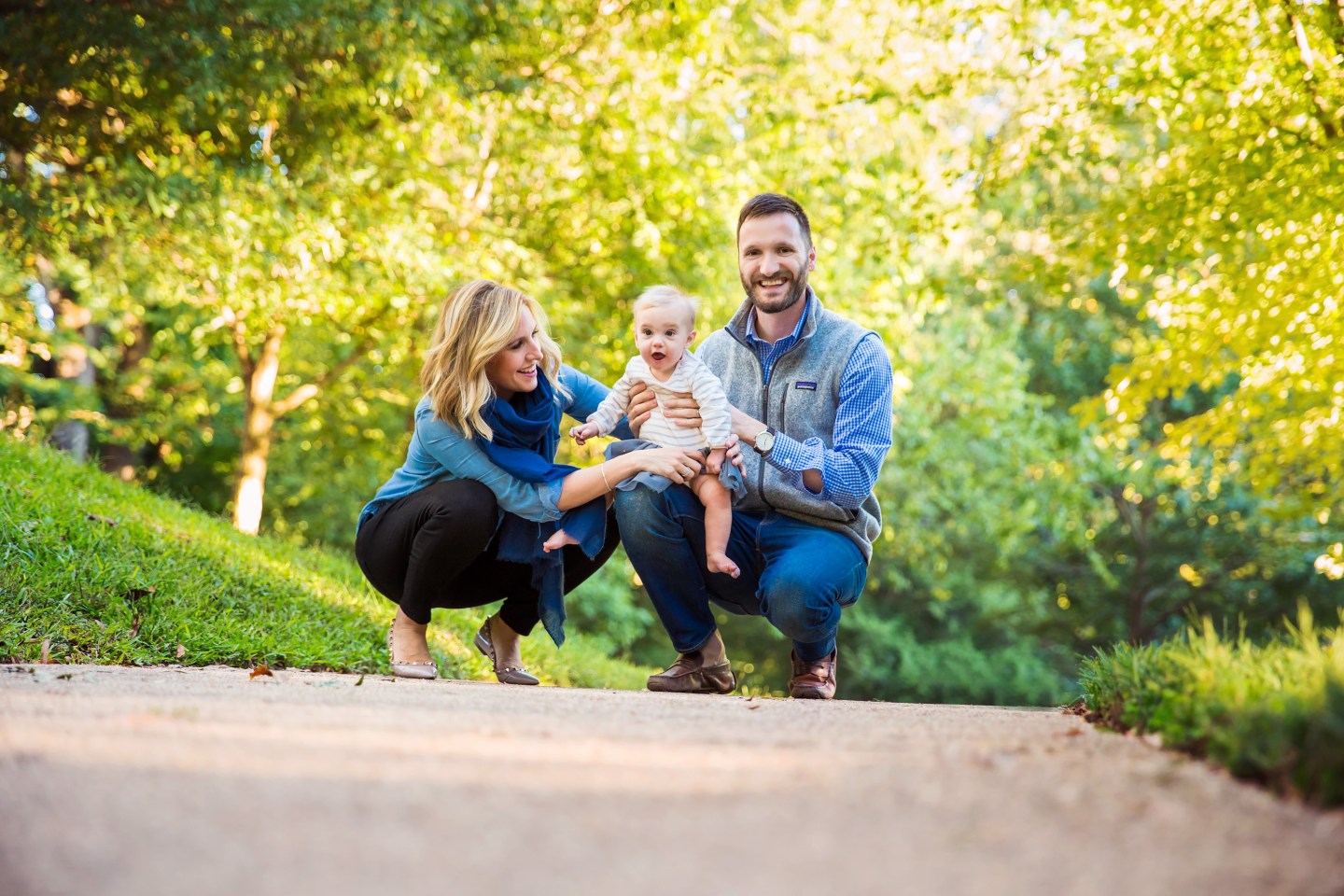 “How far along are you?” I asked a soon-to-be mom on my flight home to New York after covering the Presidential inauguration.

“Yup!” She said, her smile filled with anticipation.

We chatted throughout the flight, exchanging pleasantries about her pregnancy and my experience as a new mom. Then I asked her, “Will your husband get some time off after the birth?”

“I doubt it,” she said. “He’s really focused on providing for us. He has been since the moment I got pregnant.”

(I should note, this future mother is a successful professional who has also been providing financially for her family.)

That moment was a jarring reminder that, even in 2017, it’s still anything but the norm for new fathers to get much—or even any—paid paternity leave. Yet it was the word “providing” that stuck in my head even after we’d said our goodbyes.

Later that day I realized why. “Providing” is so much more than bringing home a paycheck. My husband Sinisa provided for our family after the birth of our daughter Sienna in a way that I would come to learn was the one of the greatest gifts he could ever give us.

He took a month off work last spring when Sienna was born. And he really took it off: No going in for “just this one meeting.” Just off. Home. With us. That time provided for our family in a way no paycheck ever could.

I’ll admit—I didn’t expect this. During my pregnancy, my expectation was that Sinisa would head back to work a week or so after the birth of our daughter. His firm, EY, was yet to institute what is now a substantial paid parental leave policy for both new moms and dads as primary caregivers.

I won’t forget our daily walks last spring with Sienna along the Brooklyn waterfront, our drive out to the beach for a week over my birthday (it rained every single day—of course!), our rotating night shifts up with Sienna. I loved those moments—the good ones and the tough ones. I loved that they were shared together.

When I asked Sinisa why he decided to take the month off, he told me it was because of two people: his father, who showed Sinisa what it meant to be an equal caregiver, and John Taft, the former CEO of his first employer, RBC Wealth Management – U.S.

Taft took three months of unpaid paternity leave at a time when such a move was very unusual. First, in 1981 when he was 27 years old, he delayed starting his new investment banking job for three months to care for his infant daughter while his wife studied for the bar exam. Then, three years later, he again took unpaid leave from his investment banking job after the birth of his second daughter.

In 2013, Taft wrote about his decision to take the leave on LinkedIn, calling the time with his newborn children “priceless.” He says the CEO of the firm where he worked during his second leave called his decision “flaky.”

In a phone interview, Taft told me, “I still don’t know that the culture has changed,” adding: “It is still very much still the exception—not the norm.” But he was willing to buck those expectations. “It was an equal partnership,” he said of his marriage. “It was important to me, to the relationship we wanted to have, and important for our children to see me as active a parent as I could be.”

But it wasn’t just his children who benefitted. “Staying home with my children permanently changed the way in which I parented them,” he said. “It dialed me in to who they were as human beings…their rhythms and moods.”

Now retired, Taft is free to be uniquely candid on the responsibility he believes corporate America has in all of this.

“I believe in making that kind of investment in direct full time parenting as much as you can will produce returns many times over,” he told me.

Taft’s bottom line: No company is worth working for if it won’t give new mothers and fathers substantial paid leave. And, he notes, companies have to truly encourage their employees to take that time—not just have a policy that allows it.

Things are better today, no question. I doubt many would publicly call a new father’s decision to take paternity leave “flaky,” but there are still those whispers, eye rolls, and silent judgments new dads face from some colleagues and managers if they decide to take time away from the office to spend with their new baby.

As someone who lost my father to cancer when I was 15 years old, I see time as the greatest gift we get. I’m so thankful for that month Sinisa and I had together with Sienna.

So, John Taft: Thank you for opening the door my husband would walk through 30 years later.

I should note that my husband was paid for the month he took off work. And even if he were not, we could have afforded for him to take that time unpaid. The unjust reality is that most Americans cannot afford this. That’s not right. Our socioeconomic status should not allow our child to have both of her parents home for the first month of her life, while others are not afforded the same opportunity.

I’m encouraged to see an increased dialogue about this from Washington to Wall Street and Silicon Valley. Facebook, for one, offers U.S. employees up to four months paid parental leave. Founder Mark Zuckerberg famously took two months paternity leave in 2015 when his daughter was born. He posted about his decision on the site, writing, “Studies show that when working parents take time to be with their newborns, outcomes are better for the children and families.”

But don’t take Zuckerberg’s word for it. Here are the facts:

The Department of Labor reports that a 2012 survey found that 70% of fathers in the U.S. take ten days or less of paternity leave, adding that “when fathers are more engaged with their children, their children have better developmental outcomes.” Importantly, it also notes that just 13% of those men who do take paternity leave are paid to do so.

Paternity leave has also been found to be beneficial to corporate America. A recent joint study by the Peterson Institute for International Economics and EY of nearly 22,000 companies across 91 countries found increased paternity leave is strongly correlated with having more women in corporate leadership and on boards, which in turn has been shown to result in higher corporate profits. The McKinsey Global Institute, meanwhile, found $28 trillion could be added to global annual GDP by 2025 if women were to “play an identical role in labor markets to that of men.”

Melinda Gates now dedicates the majority of her work to the advancement of women and girls. To achieve true gender equality she argues maternity leave is not enough. She told me in a recent interview, “It has to be men and women taking the time off…We know a child’s outcomes are better if both parents take time off. We also know that dad is more likely to be involved long term if he has taken some time off at the beginning. We have to make it okay for men and women to take that time off.”

It is important to acknowledge that many small business owners cannot afford to give their employees months of paid parental leave. Unlike billion dollar tech companies and Wall Street banks, their reality of staying in business is much different. That is why there is a vigorous debate in Washington right now over the role government should (or should not) have in funding paid leave. My husband was fortunate to have management that not only allowed, but encouraged him, to take this time to be with us.

On a recent walk around our Brooklyn neighborhood my husband told me one of his male colleagues—a top performer—is planning to take three months off when his first child is born this year.

That made me smile.