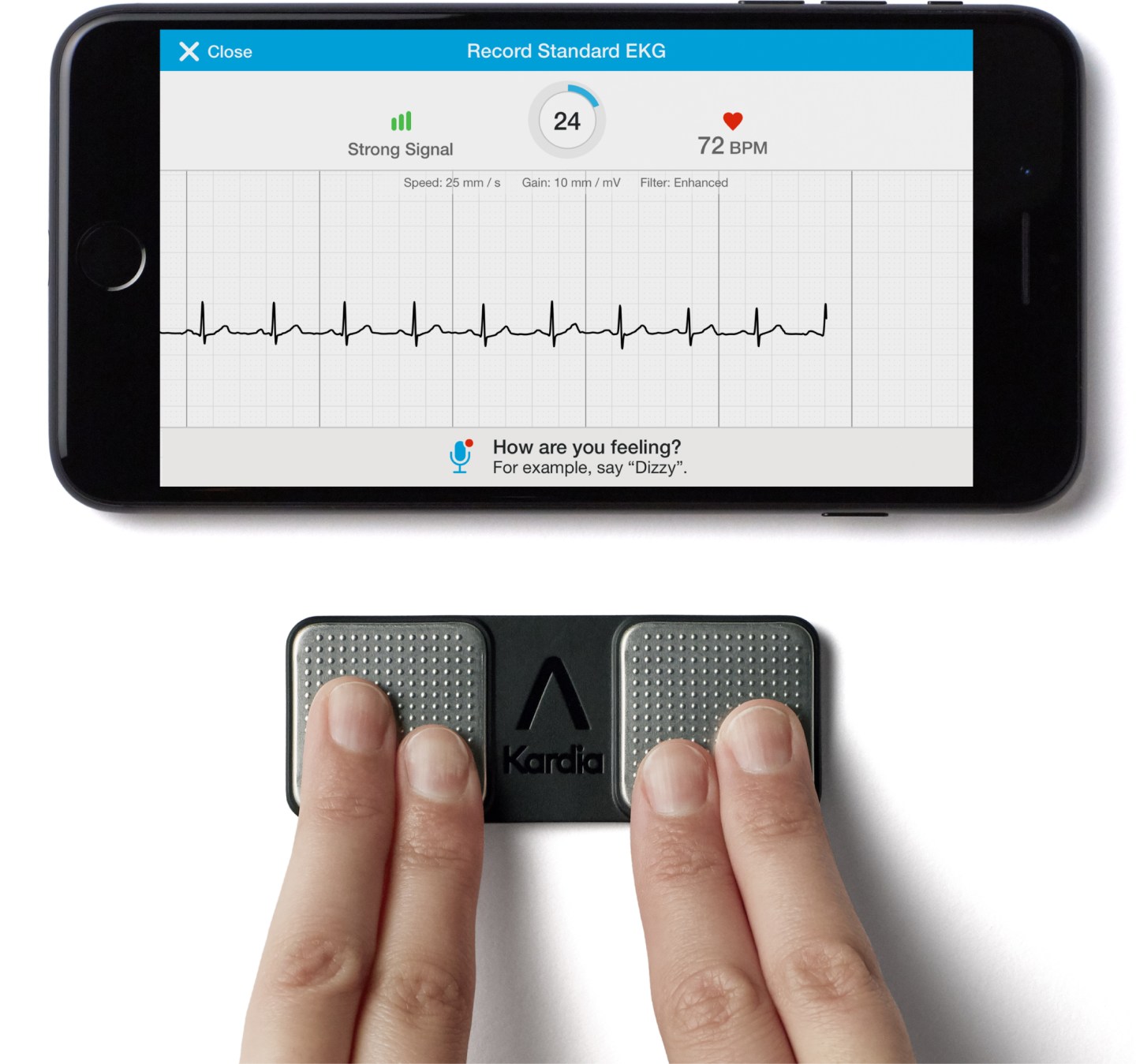 As wearable technology gets more advanced, a slew of startups are looking to harness mobile devices to record detailed health information that can be sent directly to doctors. The hope is that by collecting individual biometric records, physicians can detect and treat disorders earlier.

AliveCor is one such startup working to save lives via wearable. Its device—an FDA-cleared mobile electrocardiogram reader, which can be installed in the strap of a smartwatch or used on its own —records heart data in order to detect atrial fibrillation, a cardiac arrhythmia that vastly increases the likelihood of a stroke. Started in 2011, the company announced it raised $30 million in Series D funding from Omron Healthcare and Mayo Clinic.

Launched to help consumers detect irregular heartbeat, its ambitions now extend far beyond that. By collecting additional health information from users, including weight, activity, and blood pressure, and sending it to health-care providers, AliveCor wants to help doctors build a more complete and updated profile of their patients’ overall heart health.

And so, in addition to the funding news, the company is launching Kardio Pro, a platform specifically designed so doctors can access, analyze, and interpret patient data collected through the AliveCor device. Vic Gundotra, AliveCor’s chief executive who held long-term leadership roles at Microsoft and Google, says it’s meant to be as intuitive and easy-to-use as the consumer products he oversaw at both companies.

“It’s beautiful,” he says, before guiding me through a demonstration. He’s enthusiastic, but right—the interface is clean, colorful, well-designed, and informative.

Still, as more companies clamor to collect consumer health data and get these results in front of doctors, AliveCor’s platform will have to compete an array of similar platforms. Color Genomics, which develops genetic tests, has its own platform for doctors to view patients’ results. Similarly, Validic collects data from a variety of third-party health-monitoring devices and sends it to doctors via its own dashboard. It’s easy to envision general practitioners getting overwhelmed by the sheer number of such portals, and eventually refusing to adopt new ones.

Gundotra agrees that doctors aren’t likely to adopt multiple dashboards—he just insists that Alivcor’s, which he dubs “the gold standard,” will win out. As for the other startups working on their own consumer-facing and doctor-facing platforms? “I think it’s going to be super challenging. Doctors aren’t going to adopt that software.”

In other words, we got here first and what we’re doing —combining Google’s cutting edge and consumer-friendly technology with FDA-cleared algorithms—is hard. Still, if Silicon Valley CEOs continue to leave the consumer tech industry for biotech startups, he’ll have plenty of competition.