These Are China’s Biggest Beer Brands 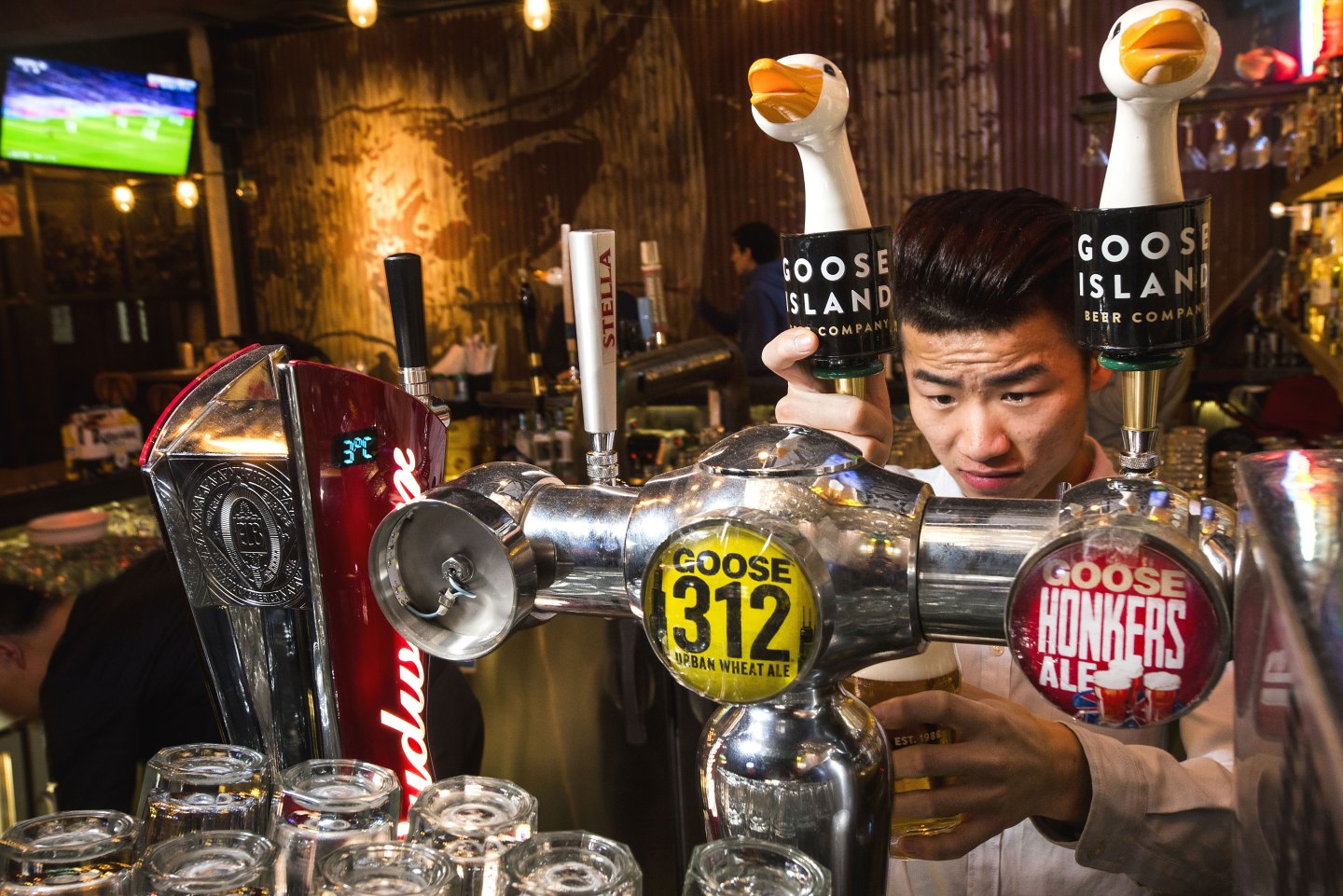 Photograph by Mark Leong for Fortune

For beer companies, craft beer is where the profit is. All those imperial stouts, pale ales and spring saisons are “premium” beers that command premium prices. Craft sales have been steadily growing, too, even as overall beer consumption declines in many markets. These factors help explain why AB InBev (BUD), the gigantic beer conglomerate that makes Budweiser, Corona and Stella Artois, is flexing its marketing muscles in China today in an effort to dominate that country’s growing beer scene, as Fortune depicts in a new feature magazine this week.

But no matter how much the beer snobs may dislike them, the vast majority of the beer sold and consumed worldwide has more in common with Budweiser than Blind Pig IPA: Most of it is affordable, mass-produced, and supermarket-friendly. That’s just as true in China, where most of the best-selling brands wouldn’t feel out of place in a 24-ounce cup at a baseball game. Here’s Fortune‘s somewhat opinionated guide to China’s biggest beer players.

Snow
The world’s best selling beer is a forgettable pale lager that doesn’t taste like much. But in China it’s cheap and ubiquitous, and it’s tough to beat that name. China Resources, the company that brews Snow, commands almost 25% of the country’s beer market.

Tsingtao
Pronounced Ching-dow, it is the only Chinese beer to make waves with drinkers overseas. The brewery was founded by Germans in the early 1900s; the Chinese government now owns it.

Budweiser
Bud is a blue-collar staple in the states, but it’s sold at premium prices in posh packaging in China, where it’s a luxury. Its Chinese name, bai wei, translates roughly as “hundreds of power.”

Carlsberg
This Danish lager is a Chinese favorite. The brewer entered the country as soon as the Communists opened it to the world in the late 1970s. The brand is particularly popular in China’s poorer western regions, where market share tops 60%.

Goose Island
This Chicago-based craft-beer brand was bought by AB InBev in 2011. China is one of five non-U.S. countries Goose Island has expanded to. The jury’s out on China’s reaction to the American craft, but you can find it across Beijing and Shanghai. And while craft beer’s market share is tiny, Goose Island’s marketing is omnipresent.

A version of this article appears in the March 15, 2017 issue of Fortune as a sidebar in the article “China’s New Craft-Beer Bully.” Click here to read the article.