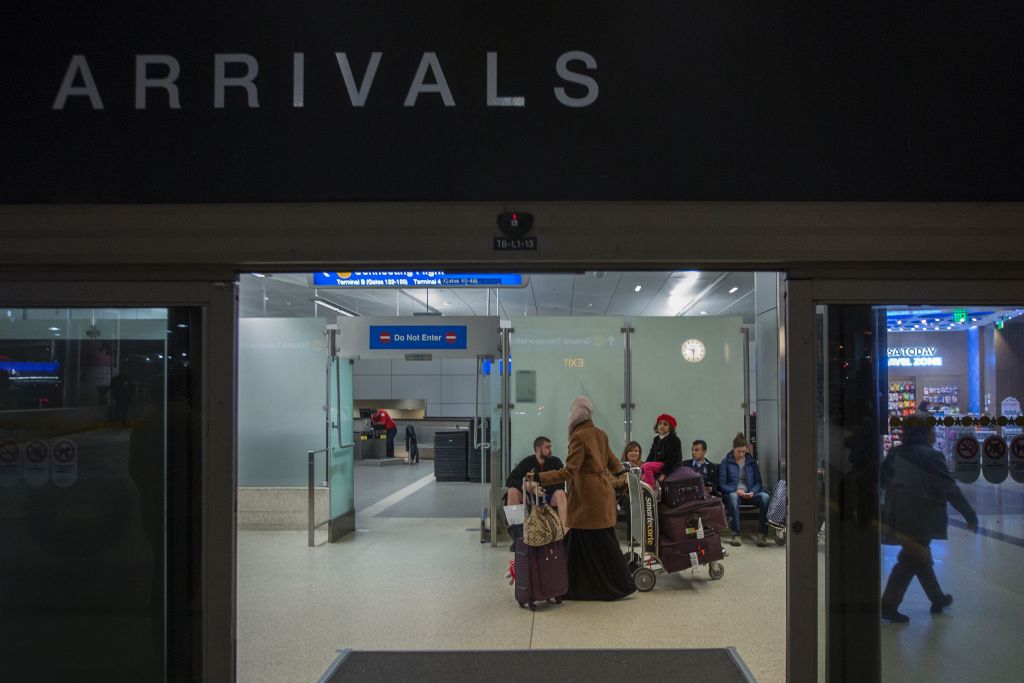 Yemenis who were among those stranded in Djibouti when President Trump ordered his travel ban, arrive to Los Angeles International Airport on February 8, 2017 in Los Angeles, California.
David McNew—AFP/Getty Images

Justice Department lawyers filed the documents in U.S. District Court in Seattle, two days before the executive order is set to go into effect.

For more on the travel ban, watch Fortune’s video:

They made their filings with Judge James Robart, who blocked the original ban last month. Washington state wants him to apply that decision to the new order.

Unlike the original order, it says people with visas won’t be affected and removes language that would have given priority to religious minorities for entry to the U.S.

A hearing in a separate lawsuit by Hawaii is scheduled for Wednesday.