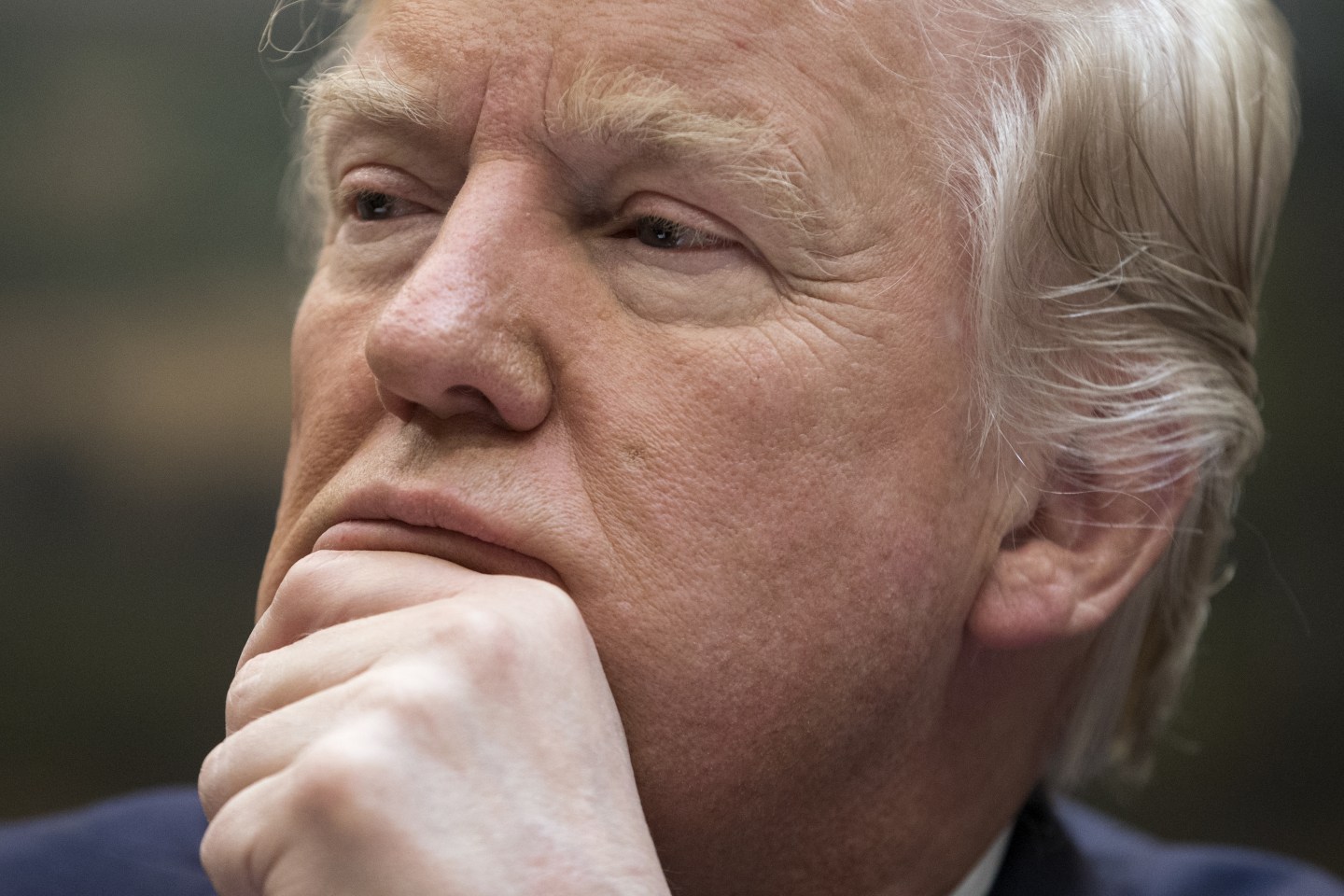 U.S. President Donald Trump listens during a meeting on health care in the Roosevelt Room of the White House in Washington, D.C., U.S., on Monday, March 13, 2017. Senate Democrats warned Republicans Monday that attempts to take funding away from Planned Parenthood or pay for Trump's border wall in a stopgap spending bill that must pass by late April would result in a government shutdown. Photographer: Michael Reynolds/Pool via Bloomberg
Michael Reynolds/Pool via Bloomberg

According to a tax return that was leaked on Tuesday night, Trump paid $38 million in federal taxes in 2005, a year when the former New York real estate developer brought in just under $153 million in income. That gave Trump a surprisingly low total tax rate in 2005—just 25%—when, that year, the top marginal federal income tax rate Trump would have clearly qualified for was 35%.

What’s more, the $38 million in taxes includes a payment of just over $31 million that was generated by what’s known as the alternative minimum tax (AMT), an add-on tax that is supposed to catch high earners whose income might fall outside of what is normally counted as taxable income.

Trump’s tax payments that year also included $1.9 million in so-called self-employment taxes, which consists of Medicare and Social Security taxes. Those levies are usually on top of what people pay have to pay in basic income tax.

Excluding those two payments, Trump paid $5.3 million in taxes on $48.6 million in adjusted income, after claiming a $103 million business loss that year for an effective tax rate of just 10.9%. In comparison, the average American taxpayer in 2005 paid an effective tax rate of 13.6%, nearly three percentage points higher than Trump. Yet the average American made just $38,754 in adjusted income that year, considerably less than Trump.

Nonetheless, Trump’s tax payments are significantly higher than what some had earlier estimated. Last year, The New York Times published pages from Trump’s 1995 tax filings that showed the President had declared a loss of nearly $916 million that year. Tax experts told the Times that based on that nine-figure loss, Trump had the ability to use that loss to legally offset future income taxes, allowing the President to not pay taxes for the next 18 years.

The latest released tax return also includes just over $17 million in itemized deductions, which can include charitable donations, as well as other payments such as medical bills and interest on a primary residence. During the campaign, some had questioned just how much Trump had given away to charity. That still remains a mystery. The deductions were detailed on another tax form, which was not part of what the leaked return revealed on Tuesday night.