Why Airbnb Is Way More Competitive Than Uber 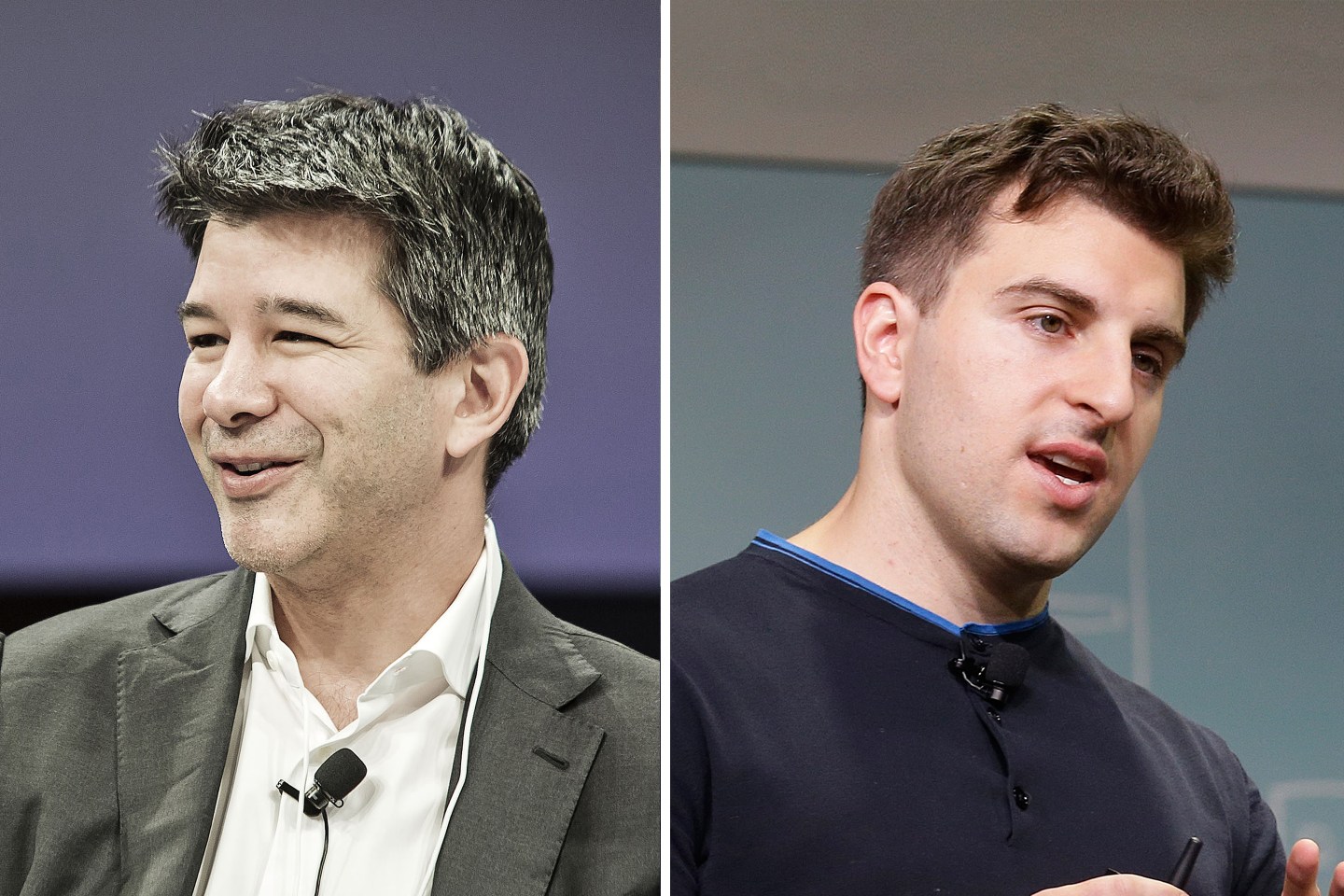 So far, 2017 has been a non-stop PR headache for Uber, and that’s putting it mildly. From the online #DeleteUber campaign to explosive sexual harassment claims against the ride hailing company to the public discovery of Uber’s Greyball program, the company finds itself on uncharacteristically shaky grounds. And it’s not just Uber’s culture that’s under attack. Leaked financial information that Uber lost as much as $3 billion in 2016 reflects the difficulties Uber has faced in the ride-hailing market in the U.S. and abroad.

Nonetheless, Uber is one of the largest Internet marketplaces ever created — and it’s hitting a scale and maturity inflection point that would, for most companies, point toward a public offering in 2018.

Interestingly, Airbnb could head toward a similar trajectory, but these two young companies that have made incredible headway across the on-demand economy couldn’t be more different.

Since its creation in 2008, Airbnb has been able to grow without much real competition. With every new property or unit entering the Airbnb platform, it becomes that much harder for an ankle-biter competitor to grow and take share from the company. Airbnb hasn’t experienced a real challenge to its position since 2011, when it raised its Series B and its closest competitor, HomeAway, went public.

By contrast, while Uber dominates the market for ride-hailing apps, it has actually experienced fierce competition in just about every major market it has entered. In the U.S., Lyft continues to give it a run for its money. And Uber’s established, dominant market share still hasn’t been enough to prevent newer entrants, like Juno in New York City, from popping up. Internationally, the battle has been even harder-fought, particularly in China, where Uber lost a much publicized battle with Didi Chuxing.

While Uber is no longer battling Didi, it is still butting up against major competitors like Ola Cabs in India, Grab in Southeast Asia, and Easy Taxi in Latin America — and major financial losses are expected to continue in its quest to conquer global markets.

The contrasts between Airbnb and Uber serve as important lessons for today’s startup entrepreneurs. It also offer investors a glimpse for how both companies will perform years from now. The main reason Airbnb faces less competition than Uber comes down to the uniqueness of products and services both offer. In Airbnb’s case, each apartment or house on the platform is largely unique based on factors like location, furniture, design, price point, quality of service, etc. In other words, Airbnb offers a heterogenous supply of products and services.

Conversely, Uber, like most ride-hailing apps, offers a largely similar or homoegenous set of services and therefore aren’t as competitive in the marketplace. For instance, Uber’s cars and drivers are relatively similar in terms of how they get the customer from point A to point B. While there are some subtle variances that become important from time to time, like whether the car is large enough to fit five passengers instead of one or two, or whether it has wheelchair access, Uber’s unit of product/service is basically the same.

And it’s this basic difference in supply that accounts for the majority of differences investors and consumers see today with respect to Airbnb and Uber’s market positions, and their future growth potential.

More broadly, a marketplace in which the products and services offered vary widely can be extremely hard to jump-start because the demands from costumers can be quite diverse. For example, if Airbnb wants a customer to transact, they need a space available in the right city and neighborhood, at the right time, with the right furnishings, and within the budget a customer has set.

Matching supply and demand is tricky, but Airbnb has offered a good solution. Conceptually, the degree to which a match can be made in a marketplace is known as liquidity, and this gets more complicated when the host and renter are often located in different cities. Initially, the challenge for Airbnb was matching the right hosts (people looking to rent their properties) with the right renters, since both were often based in different cities. To do that, Airbnb had to acquire supply in one city, while predict demand in another. Airbnb was able to figure this out in its early days by focusing on events with a high degree of concentrated lodging demand, such as the 2008 Democratic National Convention in Denver. Most of the hotels in Denver at the time were booked, and consumers demonstrated high intent by searching on Airbnb for terms related to the DNC, lodging and Denver. Airbnb offered the perfect solution.

As Airbnb continued to onboard more supply (properties), the likelihood of matching hosts with renters grew slowly, making it harder for competitors to catch up. Below, the chart shows that as Airbnb’s supply grew, each new unit of supply provided more liquidity, making it that much more difficult for competitors to catch up. So, while marketplaces with heterogeneous supply like Airbnb may be difficult to jump-start, they yield increasing returns as their supply increases, which make them incredibly defensible at scale.

By contrast, Uber’s homogeneous supply is much more vulnerable to competition. In the early days, a marketplace that generally offered the same services and products is less complicated and can be much easier and more capital-efficient to build. In the case of Uber, the company could afford to pay a critical mass of drivers to jump-start its supply (cars on the road) and slowly build up demand. Since each unit of supply is largely similar, the likelihood of matching a driver with a passenger is relatively high. This means liquidity improves quickly, since a consumer just needs ANY car to pick them up and safely take them to the final destination in a timely manner.

With every car and driver Uber adds to its fleet, it is able to reduce wait times and prices. But at a certain point, its liquidity stops paying off, as wait times and prices stop falling. When this happens, the market opens for any small competitor to offer a competing service and an attractive alternative for consumers. Below, the graph shows how this could look.

Factor in the Uber Pool service, through which strangers carpool together, and it changes the liquidity curve a bit. This service works better at scale, since Uber needs, say, three people—not just one—headed to roughly the same place at the same time to create a carpool. In this scenario, it’s harder for competitors to generate the same amount of riders per vehicle as Uber. The liquidity bar is raised with Uber Pool, requiring competitors to burn more capital to get to the point in the graph where the orange liquidity line flattens out.

What this shows is that Airbnb’s marketplace is more defensible than Uber’s. If a competitor wants to offer a service that is competitive, it would have to accumulate the same amount of supply (properties) on a global scale as Airbnb so that it is able to match host properties located in a city that the renter is looking to visit. With Uber, however, a competitor only needs to have as much supply on a local scale to get to the point where the marginal liquidity starts to flatten.

We think Uber will experience sustained global competition in every major city it enters, while Airbnb could grow relatively monopolistically. Uber can still win in its most competitive markets because of its formidable cash position, and its scale. The company can sustain high customer- and supply- acquisition costs, and low gross margins for a period of time that its competitors will not be able to match. Nonetheless, Uber is in a dog fight and will need to use every weapon it has at its disposal.

Jeff Lu is a vice-president with Battery Ventures in Silicon Valley. Deepak Ravichandran is an associate and Roger Lee is a general partner at the firm. Neither the authors nor the firm have investments in Uber, Airbnb or any companies referenced in this article.