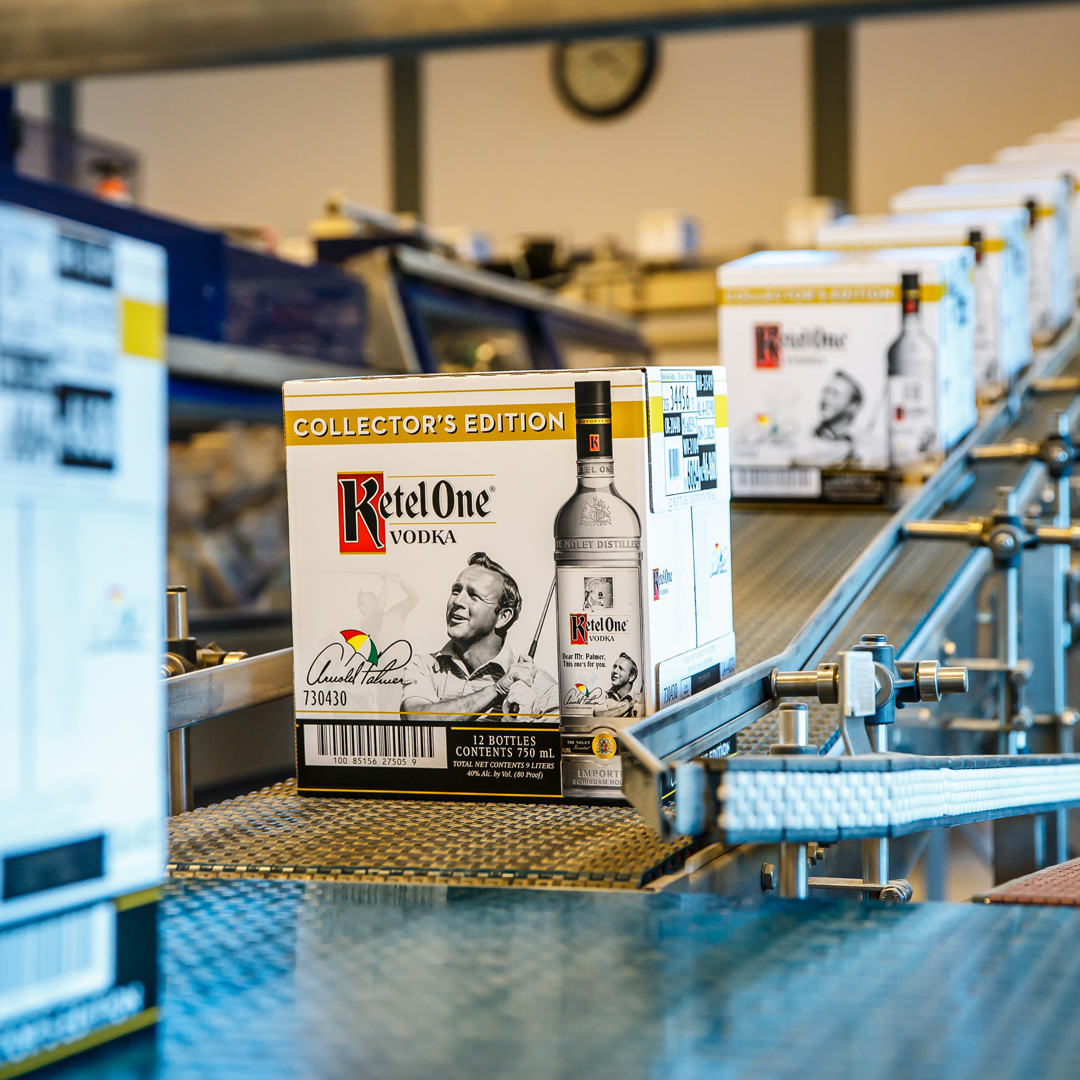 Courtesy of Ketel One

Arnold Palmer is a golfing legend and his great fondness of Ketel One Vodka was almost equally legendary to his friends and family. One of his favorite drinks was a Ketel One on the rocks with a lemon twist.

“When he took that little sip of Ketel One, it was a moment he always looked forward to,” Nolet Spirits President and CEO Carl Nolet Jr. told Fortune. “That’s what he loved.”

To commemorate the relationship between Ketel One and Palmer’s family, which has gone back since the 1990s, Ketel One will begin to sell a limited edition bottle that features Palmer’s face and reads “Dear Mr. Palmer, This one’s for you.” It will launch nationwide on March 16 with a suggested retail price of $24.99 for a 750ML bottle — the same as a regular bottle of Ketel One.

Nolet Jr. said the vodka maker opted to launch a limited edition bottle to honor Palmer and the close relationship between the two families when the golfer was alive (Palmer died in September at the age of 87). The Nolet family, meanwhile, owns the Ketel One in a joint partnership with beverage giant Diageo.

The families met at a California golf course where both Nolet Jr. and Palmer were members. Palmer was already on Nolet Jr.’s radar as he had heard the golfer was a big fan of Ketel One. The parties formed a sponsorship relationship over the years, though Palmer was never paid for his personal endorsement of the vodka. Instead, Ketel One would donate to causes that were meaningful to Palmer, like the $100,000 donation made by Ketel One to Arnie’s Army Charitable Foundation as it launches the bottle showcasing Palmer’s likeness.

The new Arnold Palmer Collector’s Edition bottle coincides with the Arnold Palmer Invitational in Florida. Mastercard (MA), which also has a relationship with the Palmer estate, debuted an ad this week to honor Palmer, also coinciding with the golf tournament.

“It was never a traditional sponsorship where you pay someone to represent your brand,” said Nolet Jr. That’s rare in the world of beverage alcohol, where celebrities often sign on to tout a brand for a year or two in advertising. Palmer’s ties to Ketel One are most notably similar to singer Frank Sinatra’s real-life love of Brown-Forman’s (BFB) Jack Daniel’s. That also led in a postmortem release of a Sinatra bottle of Jack called “Sinatra Select.” In both cases, the families blessed the limited edition bottles.

Nolet Jr. told Fortune that the families were so close that when Palmer was first introduced to Nolet Jr.’s infant son Jack, the golfer incredulously asked, “What’s wrong with Arnold?” He would call the child Arnold from that point forward. Years later, when Nolet Jr. attended Palmer’s funeral in Pennsylvania and heard various speakers make jokes about his love of Ketel One, he reached out to his brother Bob and they quickly decided that the vodka company would honor Palmer in a way that would appeal to golf fans but also be charitable.

Palmer’s ties to the beverage world go deeper than just his love of Ketel One. He had a drink named after him that was simply called the “Arnold Palmer,” a non-alcoholic mix of iced tea and lemonade. Various “spiked” recipes exist, though most feature bourbon. While Palmer loved Ketel One, he was also a fan of whiskey. But as Nolet Jr. likes to point out that “everyone knew his passion for Ketel One.”

“For us, it is about continuing his legacy in the most respectful manner and working with his family, his daughters and his wife Kit,” Nolet Jr. said. “His passion and love for the game of golf is similar to what we do as a 325-year-old family [in the spirits] industry.”