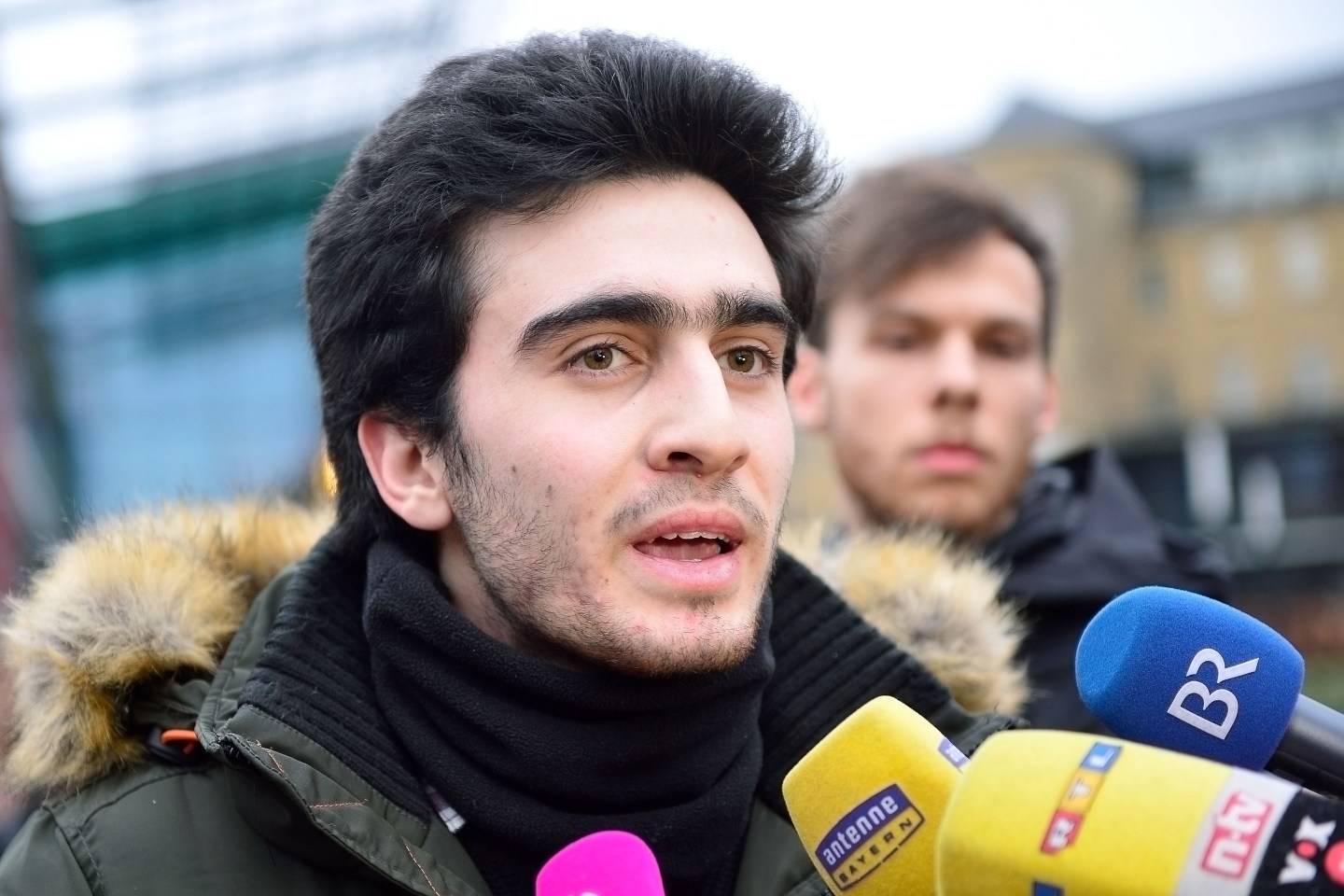 WURZBURG, GERMANY - FEBRUARY 06: The Syrian refugee Anas Modamani speaks to the media after the court session over his lawsuit against Facebook at the Landgericht courthouse on February 6, 2017 in Wurzburg, Germany. Modamani is suing Facebook over selfie photos of himself with German Chancellor Angela Merkel that he says were misused by Facebook users accusing him of being a terrorist or guilty of other crimes and that Facebook refused to remove. This is the first time Facebook is being taken to court in Germany. (Photo by Thomas Lohnes/Getty Images)
Thomas Lohnes—Getty Images

“This (draft law) sets out binding standards for the way operators of social networks deal with complaints and obliges them to delete criminal content,” Justice Minister Heiko Maas said in a statement announcing the plans.

Failing to comply could result in a fine of up to five million euros on the individual deemed responsible for the company in Germany and 50 million euros ($53 million) against the organizations themselves, he said.

The new draft rules turn these into legal obligations to delete or remove illegal content, to report regularly on the volume of filed complaints and they also demand that sites make it easier for users to complain about offensive content.

Germany already has some of the world’s toughest hate speech laws covering defamation, slander, public incitement to commit crimes and threats of violence. The government is seeking to update these rules for the social media age.

Maas and other members of conservative Chancellor Angela Merkel’s ruling coalition have called for social networks to be held to higher content standards demanded of media broadcasters instead of hands-off rules applied to telecom operators.

The issue cuts tothe heart of a more than decade-old debate over whether social network platforms should bear more responsibility for content posted by users, as social networks become an important source of news and information.

In Germany, the issue has taken on more urgency because of concern by the country’s political establishment about the spread of fake news and racist content on social media, often targeting more than 1 million migrants who have arrived in the last two years, which could sway public opinion in this year’s election campaign.