The Worst and Best Parts of WikiLeaks’ CIA Leak 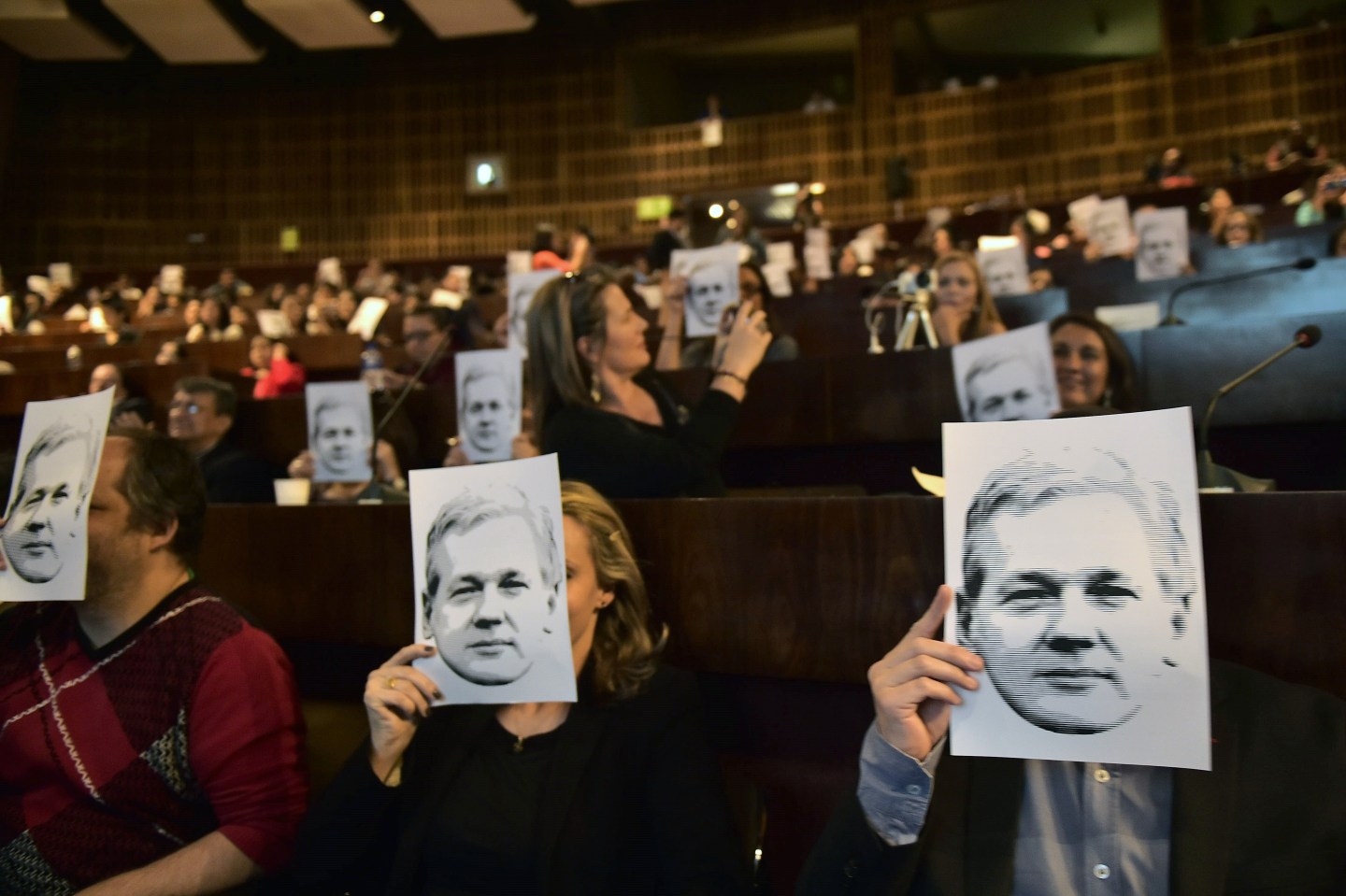 Of all the alleged Central Intelligence Agency files dumped online by WikiLeaks this week, the one titled “Faces of the Internet” is by far my favorite, for obvious reasons.

The document, like the cache, does not actually contain top secret hacking tools. There are no viruses, no strains of malware, no fancy “zero-day” exploits available there. Absent, on this page, are details of the code used to penetrate iPhones, to pop Google Android-powered handsets, to hijack Samsung smart TVs. Instead, it displays a bevy of silly emoticons, like this angry guy flipping a table, ╯‵Д′)╯彡┻━┻.

My least favorite part of the release: Its presentation. WikiLeaks loves to create chaos and apply ample PR spin to push its own anti-state agenda during unveilings of this sort. In the spirit of the weekend, I have depicted a caricature of the affair using the CIA’s collection of adorable anthropomorphs as characters. Please indulge the brief comic below.

(╹◡╹)凸 …. Julian Assange, founder and editor of WikiLeaks, hits publish on a leak he has dubbed “Vault 7.” The political agitator issues an accompanying press release, a report on the site’s preliminary “findings,” and a stream of Tweets, all of which contain misleading information.

Σ(||ﾟДﾟ) (ﾟДﾟ) …. The cache of 8,761 documents appears online, surprising and confusing everyone. Some experts, journalists, and others take time to dig in and assess the validity of WikiLeaks’ often questionable claims, while others uncritically broadcast the site’s slant.

۞_۟۞ …. Unfortunately, some people believe the misinformation: that spies have cracked secure chat apps like Signal and WhatsApp, that the CIA indiscriminately spies on everyone, that your smart TV can instantly be transformed into a room bug, and that the CIA routinely frames Russia for its own hacking campaigns. In truth, these are all disingenuous misrepresentations of the truth. (See The Intercept’s excellent debunking of WikiLeaks’ description of the spy program “Umbrage,” and The New York Times‘ analysis of WikiLeaks’ tactics, as antidotes.)

(ﾟДﾟ)y─┛~~ …. Mission accomplished: Assange puffs a cigarette at headquarters. (To be fair, I don’t actually know whether smoking is allowed in the Ecuadorian embassy.)

For more on WikiLeaks, watch:

WikiLeaks’ approach to publishing is textbook coup d’état strategy: shock, misdirect, and usurp. The site acts as a well-oiled machine of information warfare, sowing panic, fear, and paranoia among the populace. Troublingly, America’s adversaries have learned to harness the platform to great effect.

Anyway, thank you, dear readers, for indulging a cartoonish portrayal of a very serious matter. Try not to panic, and have a great weekend.