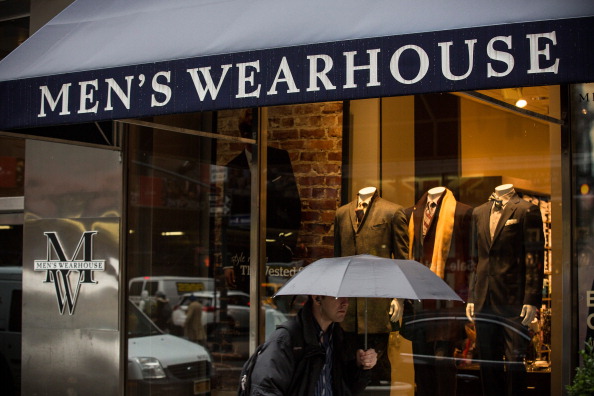 Tailored Brands shares tanked 32% on Thursday as the retailer reported another batch of poor earnings, caused in part by the disappointing performance of Men’s Wearhouse tuxedo business at Macy’s stores.

The company, which also owns the struggling Jos. A Bank brand, reported weak fourth quarter results including a 2.2% drop in comparable sales at Men’s Wearhouse. Its partnership with Macys, announced two years ago, set up Men’s Wearhouse mini-shops at hundreds of Macy’s department stores in a bid to get in on the tuxedo business, a key part of its wedding strategy. Men’s Wearhouse, with years of experience in the tux world. would run the shops.

There are currently tuxedo shops at 170 Macy’s stores, but Tailored has shelved plans to expand that to 300. In its first year, the roll out disappointed because it missed a good chunk of peak wedding season. But after that happened again the next year, Tailored realized the partnership wasn’t meeting expectations.

“We now believe that the tux rental opportunity with Macy’s is not likely to be as big as we initially thought,” Tailored CEO Doug Ewert told analysts on a conference call late Wednesday. “We are in conversations with Macy’s at the highest levels to look at creating a different, mutually beneficial arrangement going forward.”

For Macy’s, the turn of events is a major setback giving it has been repositioning its wedding business, hoping to win younger shoppers and put an end to its two-year sales slide.

Tailored took a $14 million charge in the fourth quarter related to the Macy’s tie-up, expects an operating loss of between $19 million and $20 million in 2017 from the business.

The Jos. A. Bank brand, which Men’s Wearhouse bought in 2014, remained a weight on company results. Sales at that chain fell 4.7% last quarter, though there were signs of stabilization since the business was decimated by its decision to drop its famed buy-one-get-three suit sales.

Tailored as a whole lost an adjusted 19 cents a share in the fourth quarter, while analysts had expected 12 cents. Sales hit $793.3 million in the period, down from $826 million a year ago. and well below the $811 million Wall Street expected. A “challenging retail environment resulted in soft traffic across our retail brands,” CEO Doug Ewert said in a statement.