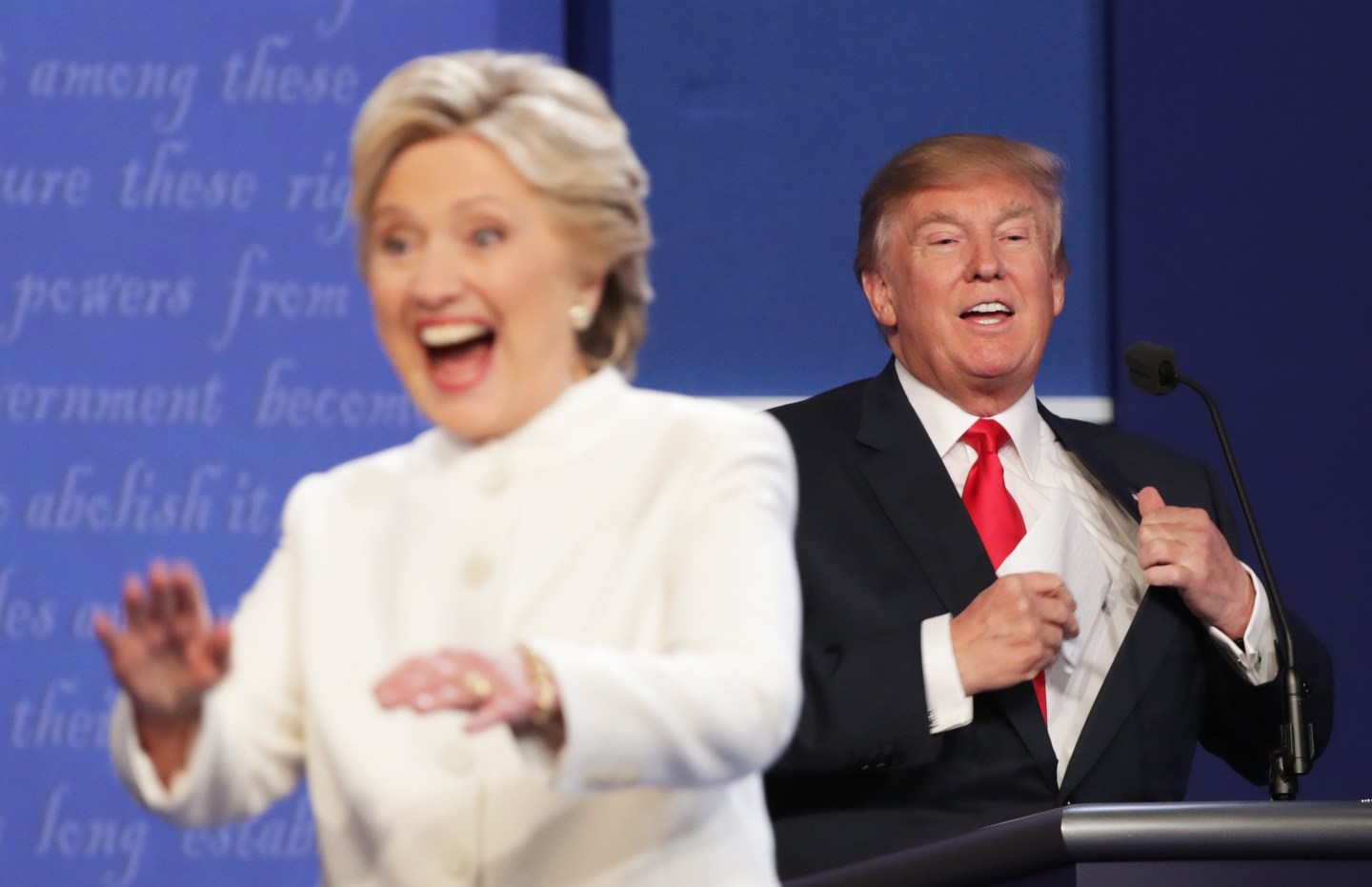 Wall Street has really thrown its money around Washington the past couple of years.

In all, campaign contributions for presidential, Senate, and House of Representatives candidates and their parties topped $1.1 billion, with another $900 million spent on lobbying. All that money works out to more than $2.7 million per day and makes the financial sector by far the largest source of campaign contributions and the third largest lobbying block. The total is $400 million more than $1.6 billion the sector spent on the 2012 election cycle, which had previously been the biggest amount Wall Street paid out.

Entities associated with the financial sector, which include both institutions and their individual employees, poured in nearly twice as much money as any other business sector. The distribution of money was slanted towards Republicans, with 55% of party-encoded contributions by PACs going to GOP candidates, compared to 45% for Democratic hopefuls.

In the Senate, Florida Republican Marco Rubio received the most money from the financial sector, brining in close to $8.7 million. Ted Cruz, R-TX, and Chuck Schumer, D-N.Y., were next, garnering $5.5 million and $5.3 million, respectively. In what many would see as a bit of a surprise, Bernie Sanders, D-Vt., ranks in the top ten on the list, having received more than $2.8 million from the sector. For comparison, Senators received $920,000 from the industry on average.

From the House of Representatives, Republican Speaker of the House Paul Ryan got $5.7 million, followed by California Republican Kevin McCarthy’s $3.4 million and the $2.2 million Patrick Murphy, D-Fla., received. The average House Representative received more than $300,000.

Coming in at the top of the spending list comes the National Association of Realtors, which spent $119 million on contributions and lobbying, followed by the $53 million Renaissance Technologies dished out. Large, well-known banks like Wells Fargo, Citibank, and Goldman Sachs were more restrained in comparison, with each spending between $12 million and $15 million. J.P. Morgan Chase, Bank of America, and Morgan Stanley ranked further down the list, kicking in less than $10 million each.

But as gaudy as all the numbers are, it should also be noted that none of the totals include “dark money” from non-profit organizations, which only have to report part of their political spending to the FEC and don’t have to disclose their donors at all. There is evidence that dark money spending has been roughly on par with reported spending in the past few election cycles. And of course, the money reportedly spent on lobbying also does not include the total costs behind such efforts, like commissioning research studies, paying support staff, and advertising to try to sway public opinion, so Wall Street’s stake in the most recent elections is likely a whole lot larger than is actually being reported.