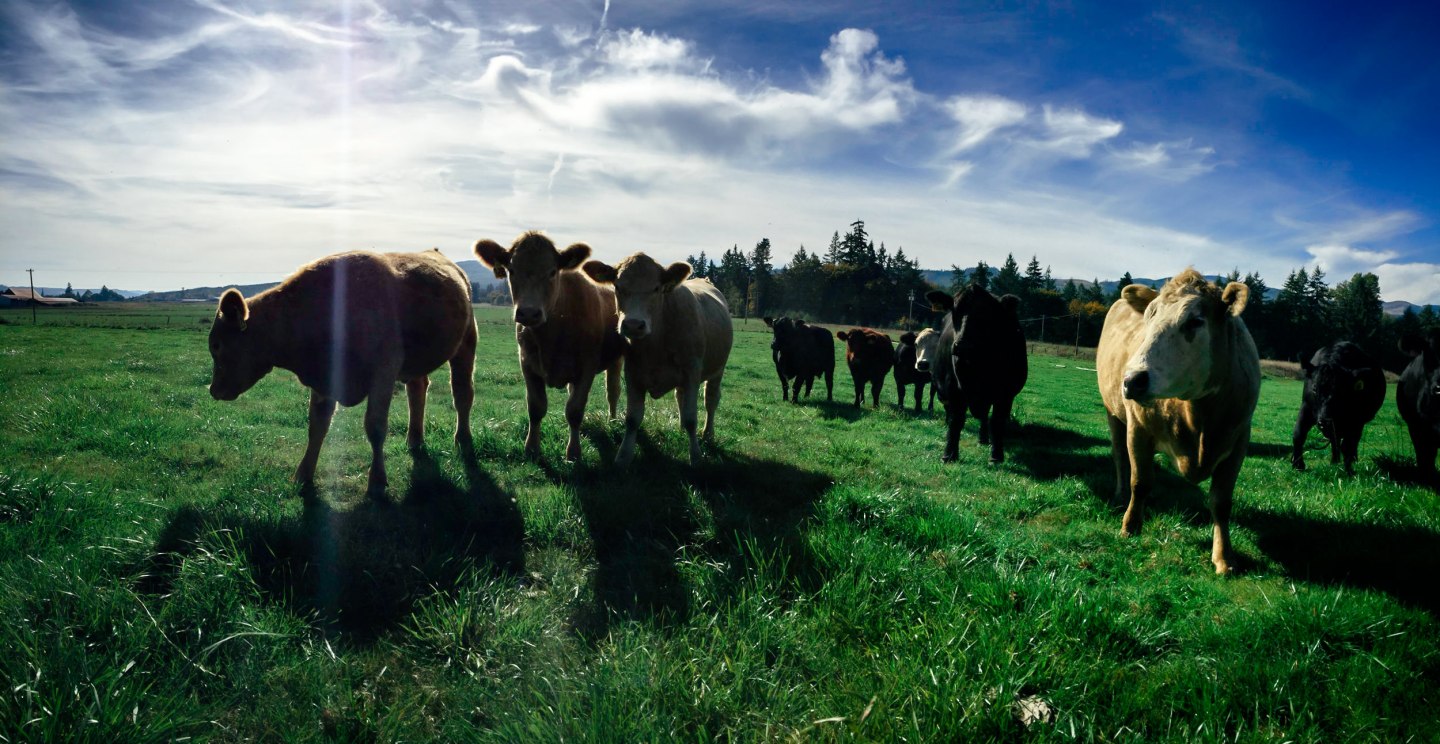 A Seattle-based startup has made it possible for you to buy a cow with strangers on the Internet. Here’s how it works: You would go on the crowdfunding platform to watch an informational video about a cattle ranch and learn how a cow was raised. Then, you select the cuts you would like to buy. The various cuts are called “shares,” making you a “steakholder” in the individual cow.

Once all of the shares are purchased, the cow “tips,” and the beef is shipped directly to your home. If the cow is not fully sold, your credit card will not be charged.

Foodies pay anywhere from $12 to $219 depending on the cut, plus a flat shipping rate of $12.99. There’s consumer demand for every part, including the kidneys, liver, and tongue. (“We don’t sell the hooves,” says Crowd Cow co-founder Joe Heitzeberg, “but I’ve been asked for hooves.”)

Founded in 2015, the startup works with a dozen independent ranchers to help sell their cattle directly to consumers. Historically, traditional cattle ranchers have sold their beef through public auctions, small butchers, or specialty restaurants. Crowd Cow changes up the model by connecting the rancher more directly with the consumer.

Once the startup purchases a cow, it takes on the marketing, packaging, and shipping on behalf of the farmer. The key to ensuring this doesn’t become a logistical headache? Technology.

“It’s a nightmare that we’ve tamed over time,” Heitzeberg says. “Every cut is vacuum-sealed, frozen, and barcoded. There’s a whole computer that tells us how much dry ice to put in a box.”

The company prides itself on the quality of its meat: It offers grass-fed, grass-finished, dry-aged Angus beef as well as meat from a rare Japanese cattle breed called Wagyu. The company ships to 15 states west of the Mississippi, but it’s now aggressively expanding to the East Coast.

Heitzeberg is eager to prove that consumers want this level of transparency and detail about the food they eat. In the past, the company has used its platform to sell turkeys and wine.

“A steak is a good $20 on your plate. Why shouldn’t you know what kind of steak it is and where it came from?” he posits. “We want to create this new supply chain that directly connects consumers to producers with all sorts of products.”