This Ford-Backed Startup Can Create Roadmaps in Real-Time 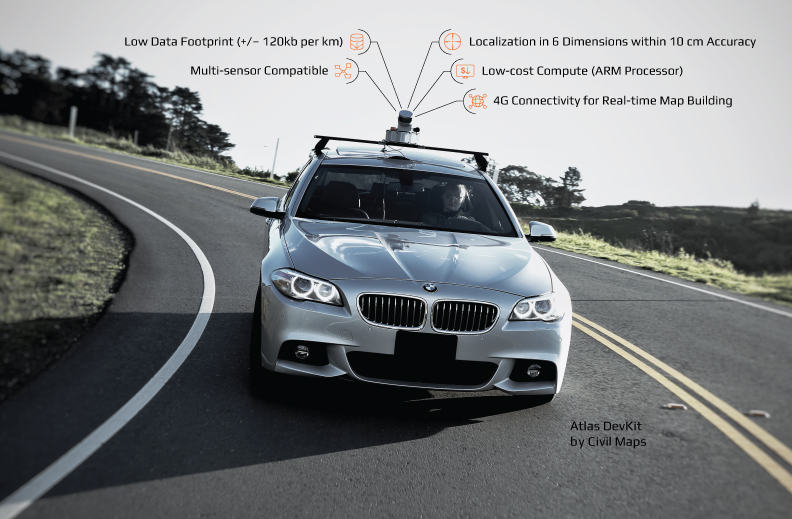 Civil Maps, the 3D mapping startup backed by Ford Motor Co. and other venture capital firms, is releasing a kit to help unlock one of the challenges in self-driving cars: readable maps created in real-time.

The kit is a piece of hardware and companion software that can be mounted on a car. The device is equipped with a number of sensors, including cameras and light detection and ranging radar called LiDAR in a self-contained, plug-and-play package.

Civil Maps has also created a platform that works with a vehicle’s existing sensors found on new models. The company says it’s been testing this product with major automakers in Asia, Europe, and North America since fall 2016.

Self-driving cars not only need cameras and sensors to see the world around it, they also need the right kind of mapping technology to better understand what they are looking at and what is important.

Civil Maps has developed a way to convert the massive amounts of data coming in from the car’s sensors into readable maps. The startup uses artificial intelligence to aggregate raw 3D data coming from cameras and LiDAR, which in the process of generating a precise 3D map of the car’s surroundings also creates large amount of data. The software organizes the information and discards the unnecessary bits so less data storage is used.

This is an important component of Civil Maps’ system because a small data footprint makes it easier and cheaper to transmit the information over cellular networks, which would allow self-driving cars to crowdsource, update, and share road data in real-time.

Here’s a video breaking down how it works.

The development kit will be offered in packages that start at $20,000 as part of a R&D contract the company. Civil Maps is betting that companies will jump at the chance to sidestep what it says would be $100,000 to $500,000 in hardware costs.