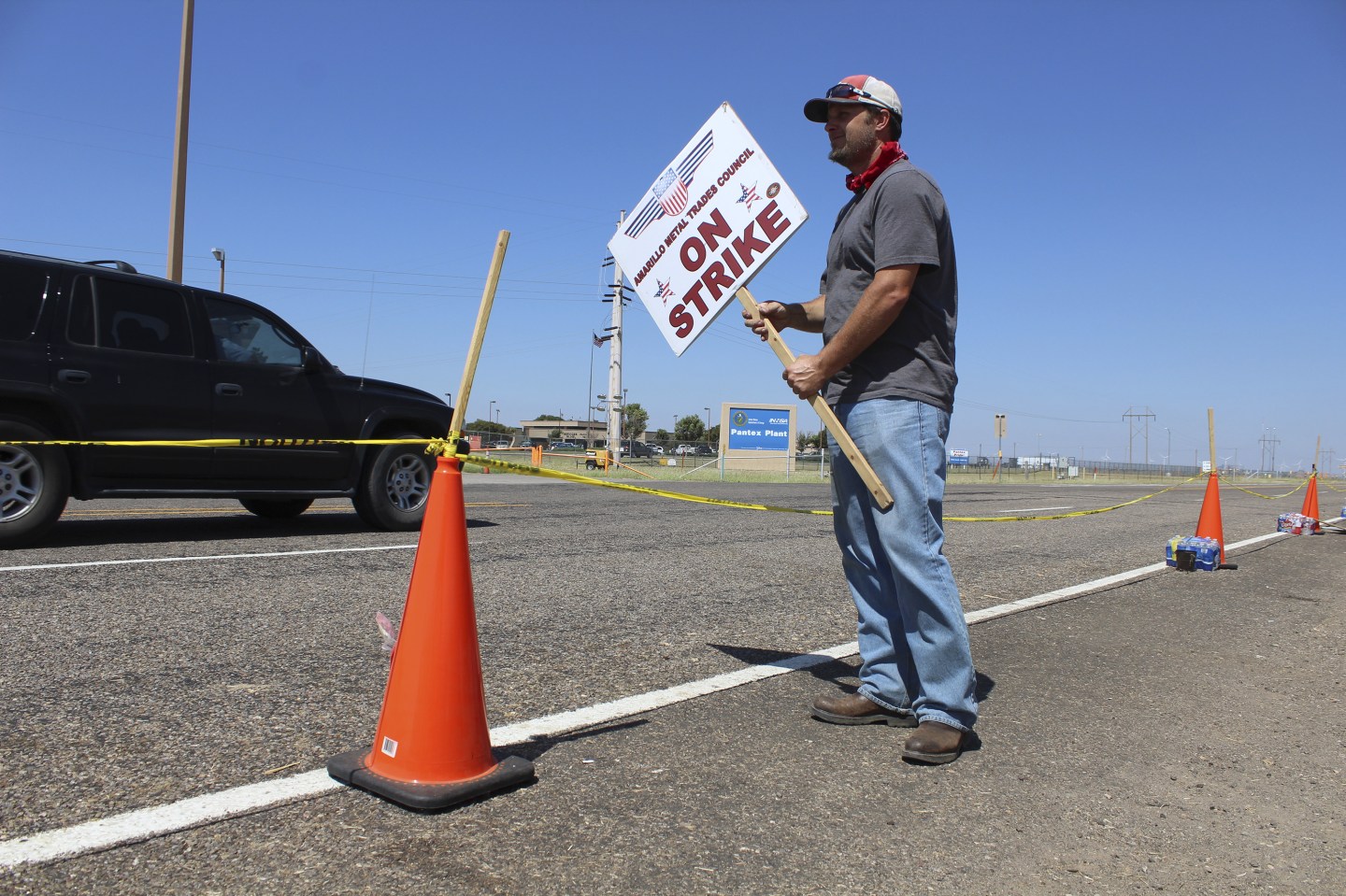 Photo by Fort Worth Star-Telegram—Getty Images

For decades, the government worked with private industry to cover up a danger to blue-collar workers.

The effort had to do with a toxic metal that was used in military and aerospace applications including nuclear weapons. Even today, the substance, beryllium, is still used in electronics, home appliances, dental crowns, eyeglasses, bicycles, and golf clubs.

The metal is prized in these industries because it’s lighter than aluminum but stiffer than steel. But when ground or crushed into a dust during manufacturing processes beryllium becomes dangerous to workers, leading to lung cancer and death.

Now, a last-minute Obama-era rule that was intended to protect 62,000 workers from dangerous levels of exposure to the metal looks like it will be postponed for a second time by the Trump administration.

The final rule was pushed through by the Occupational Safety and Health Administration just days before Trump’s inauguration, and was set to take effect this week, on March 10. It directs industrial and construction workplaces to take measures, like cleaning and instructing employees to wear protective clothing, to reduce exposure to beryllium dust, and gives them until March 2018 (with a couple exceptions) to become compliant with the rule.

Overall, it was expected to impose about $74 million in annual compliance costs on industry, but generate $560 million in benefits, including the prevention of 90 deaths and 45 beryllium-related illnesses a year.

But just hours after Trump’s inauguration, his chief of staff Reince Priebus issued what’s called a “freeze memo,” directing all federal agencies to halt any upcoming regulations until further review.

Last-minute regulations that had already been finalized by the Obama administration were also subject to review. Rules that had already been published to the federal register but not yet taken effect, like the OSHA rule on beryllium, were required to be postponed for 60 days for review by the Trump administration. That pushed the implementation of the rule to March 21.

Now the government is asking for a second longer delay, which could possibly lead to a rollback. On Wednesday, the Department of Labor announced that it’s proposing to delay the beryllium rule’s effective date until May 20 “for the purpose of additional review into questions of law and policy.” The comment period on the proposed delay is open until March 13. But if it goes through. the second delay would open up a window in which the rule could potentially be revised or revoked.

The risks of beryllium were known as early as the 1970s, when the U.S. Occupational Safety and Health Administration attempted to enact stricter regulations limiting workers exposure to the metal.

But in 1999, an enterprising journalist, Sam Roe, then of the Toledo Blade, found that the government had been collaborating with private industry to prevent the regulation from ever being implemented. His investigative reporting led to an apology on national television by then-Secretary Department of Energy Bill Richardson in 2000, who called it one of the “saddest chapters” in the agency’s history.

Since then, other journalists have also gone on to document the deadly effects of beryllium. An ongoing investigation by KREM2, a CBS affiliate in Spokane, Wash., shows that as of 2017, the toxic metal is still leading to grave illnesses and death for local workers from Hanford, a decommissioned nuclear production complex in the area.

Postponing the rule further could put more lives at risk.

To be fair to Trump though, freeze memos are not unprecedented during presidential transitions.

Ronald Reagan, in 1981, issued a memorandum directing his cabinet to pause any pending regulations, particularly so they could review “last-minute decisions” made by the previous administration. Bill Clinton and George W. Bush also issued similar memos, directing government agencies to enact 60-day delays on final rules that had not yet become effective, and Barack Obama asked agencies to at least “consider” such a delay.

What’s more, it’s not clear why the Obama administration waited until its final days to push through the rule on beryllium.

As Politico has noted, other nearly complete rules that are subject to delay include rules that direct operators of oil and gas pipelines to more promptly report leaks and tighten restrictions on shipments of crude oil by rail. Likewise, the Environmental Protection Agency noted in January that 30 of its final regulations, published by the Obama administration between October 28 and January 17, will be subject to 60-day delays.