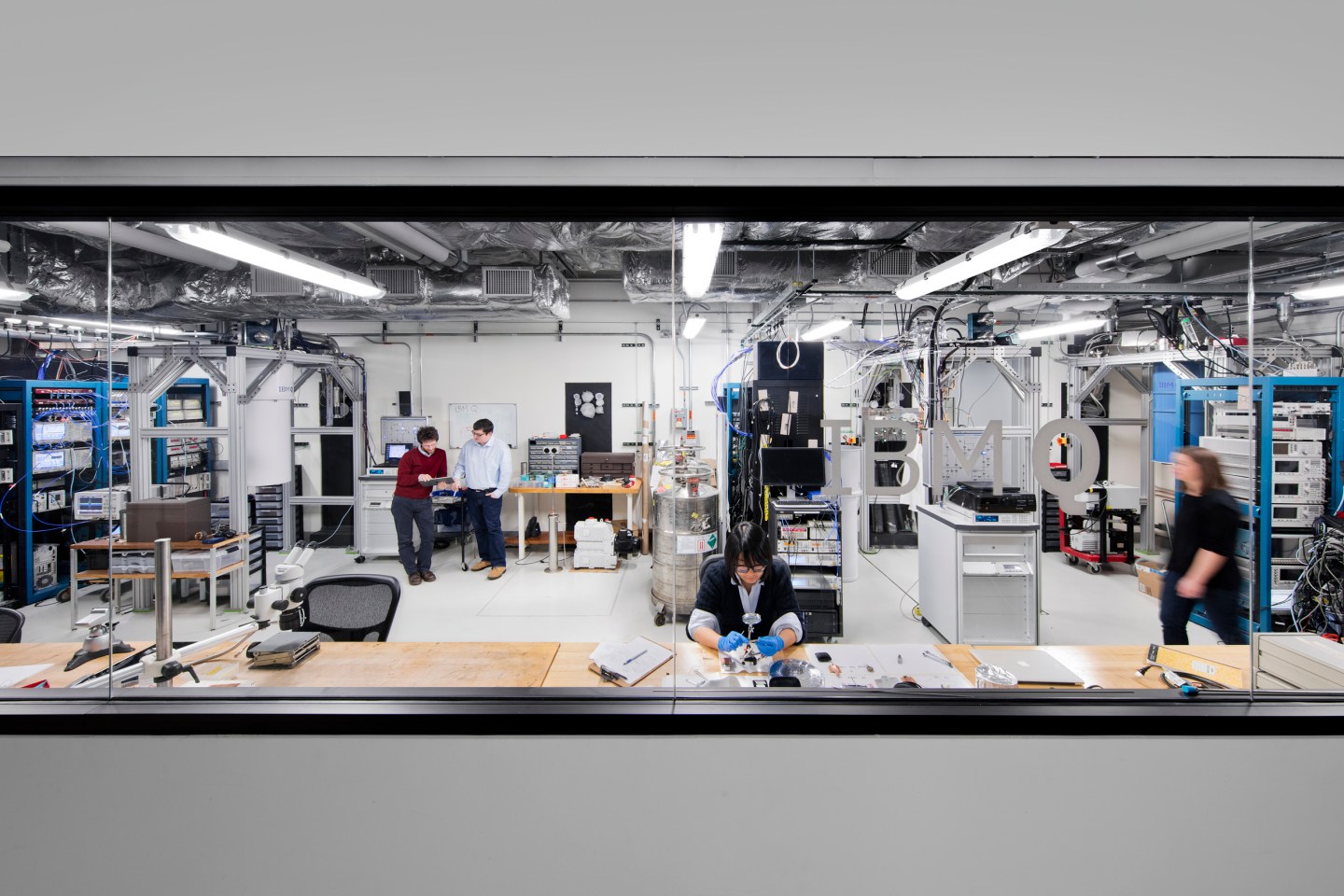 After laying the groundwork for offerings in emerging tech categories like artificial intelligence (see: Watson) and blockchain (see: Hyperledger and Fabric), IBM sees quantum computers as a big, if nascent, business opportunity.

Unlike traditional computers, quantum ones are designed to harness the wonkier properties of physics to perform far more complex operations. Whereas a conventional computer stores information as “bits” in two states—1 equaling “on” or 0 as “off”—a quantum computer uses “qubits” to hold multiple states at the same time, thus unleashing the weird “superposition” property of quantum mechanical particles for exponential power.

Since IBM (IBM) opened up access to its own fledgling quantum computing system to the public in May, approximately 40,000 people have run more than 275,000 experiments on it to date, the company said Monday. The system today consists of a 5-qubit processor that anyone can play with via the Internet.

IBM sees the level of engagement by outsiders as encouraging. To get more people up and running with the tech, the company on Monday released a new application programming interface, or API, allowing developers to build new software integrations between classical computers (like the one you’re using to read this story) and IBM’s existing quantum computing system, which resides at a research lab in Yorktown Heights, N.Y. IBM is also releasing a simulator that can model 20-qubit circuits and, in the coming months, it plans to put out a full software development for programmers.

For Big Blue, this is just the beginning. The company also has plans to make quantum computing commercially available in coming years.

“We see a direct path to the 50-qubit range,” says Scott Crowder, vice president and chief tech officer of IBM’s quantum computing division, eyeing a target that would give the quantum system an edge over classical ones for certain computational problems. “Within the next few years we’ll make it commercially available for the cloud for people to use.”

Although IBM declined to specify an exact time frame for the commercial availability—it’s contingent upon researchers overcoming many engineering obstacles—the company is seeking to prepare prospective customers for thinking about how quantum computing might fit into their business operations within the decade.

Right now, IBM hopes to persuade programmers to start experimenting with the tech so they may one day use it to make breakthroughs in chemistry, medicine, logistics, finance, and other sciences and industries. IBM is betting that quantum computing will grow increasingly important as Moore’s Law—a rule that governed the advancement of semiconductors and computational power in past decades—reaches its limits.

Unlike D-Wave, a Canadian company that introduced a quantum computer for specific applications (both Google (GOOG) and NASA have been testing it out), IBM is aiming for a “universal” quantum computer, one that can flexibly model all sorts of undreamt-up scenarios.

“At the moment we find ourselves in something like the early ’40s or ’50s of computing,” says Dario Gil, vice president of science and solutions at IBM Research, referring to the era that spawned the modern computer. “At that time no one foresaw the possibilities of how computers would evolve.”

IBM is not alone in the effort. The company has six partners in its IBM Research Frontiers Institute that are collaborating on quantum hardware and software design, including Samsung, JSR, Honda (HMC), Hitachi Metals, Canon (CAJ), and Nagase.

Bob Sorensen, an analyst at the research firm IDC, says that while the technology holds great promise, it will not be ready for primetime for a number of years—and it must be demonstrated to improve upon the computers we have today. “By offering a series of announcements, IBM is tapping people on the shoulder saying, We’re committed to this,” he says.