How Nike Tries to Stay Ahead of the Game in China 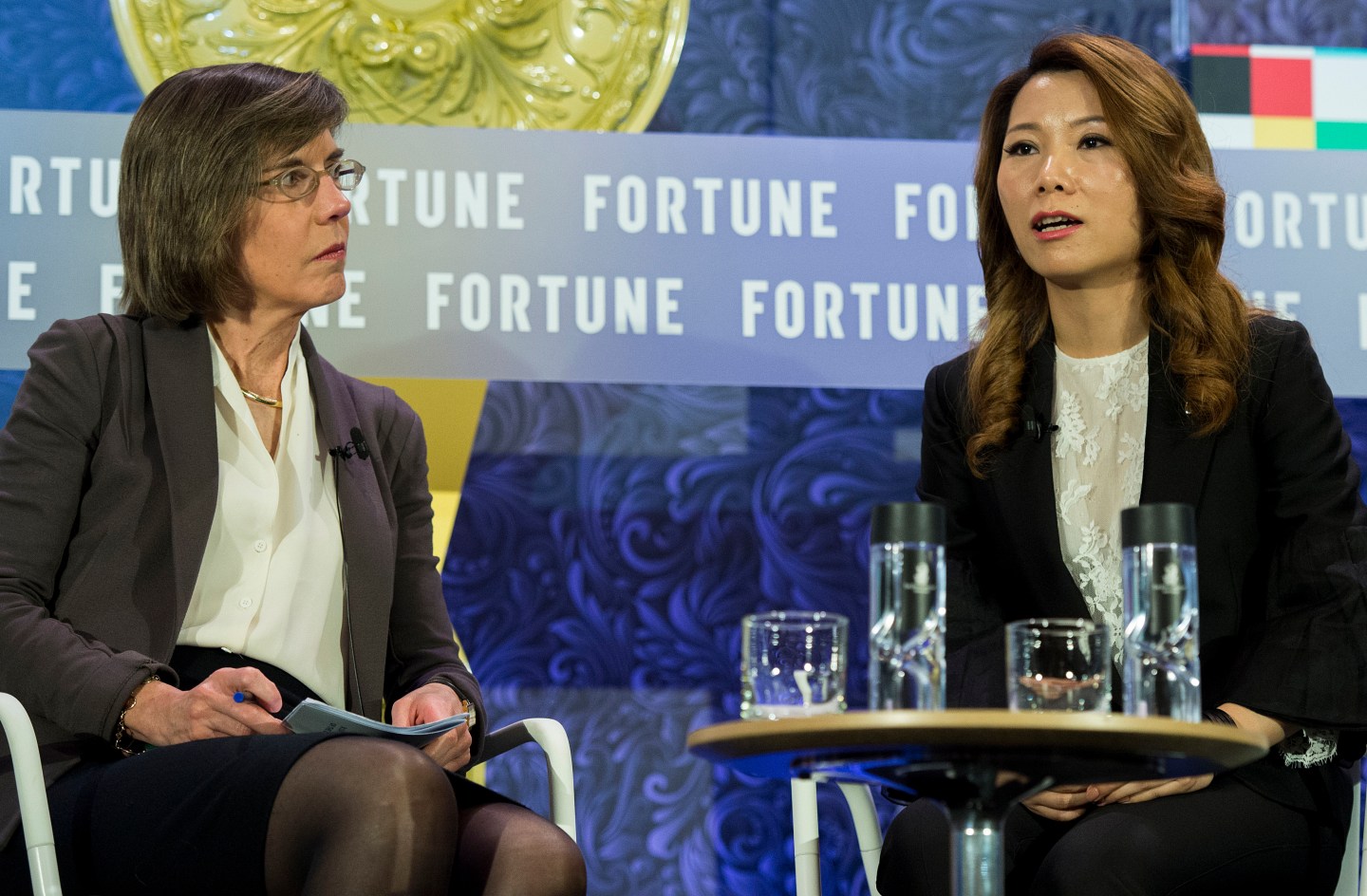 Angela Dong may be a vice president at Nike today, but it wasn’t until she got to college that she first became familiar with the athletic apparel behemoth.

Growing up in Shanghai, Dong “never had a chance to engage in sports.” It was only when her university’s running coach talked about Nike that she “fell in love,” she tells the audience at Fortune’s Most Powerful Women International Summit in Hong Kong on Tuesday. Now general manager at the company for about two years, Dong landed as Nike’s CFO of Greater China after serving stints at Coca-Cola China and Procter & Gamble.

In her current role, she oversees Nike’s Greater China market, which has grown to be Nike’s (NKE) second-largest. Her key goal: Help drive the company to $6.5 billion in revenue by the end of 2020.

When Fortune’s Pattie Sellers asks Dong on the MPW stage how the company is faring in terms of reaching that goal, the executive breaks into a laugh: “That’s a very nice first question.”

Dong says the company is “absolutely on track” to hit its goal, particularly invigorated by a 25% surge year over year in Nike’s overall China market in the first three quarters of 2016. “I think we have a unique opportunity in China,” she says.

As China shifts from a manufacturing-heavy economy toward a more service-oriented one, the country is “seeing a massive increase on a more affluent and organized consumer landscape,” Dong adds. “It’s interesting to think about how to [reach] over a billion people. That task sounds really hard,” she admits. “But we organize ourselves by the sports.”

It’s one of Nike’s most unique strategies, says Dong, and is known internally as the company’s “category offense.” The apparel brand focuses on serving a growing a base of consumers through each specific sport. Of all the categories so far, Nike’s “lifestyle” category is the biggest, says the VP.

Nike has also caught on to a bit of luck in perhaps one of the most effective ways of engaging business in Asia: teaming up with the government. Currently, the sports and fitness industry is an estimated 0.7% of GDP in China—and Chinese officials aim to grow the market to more than RMB 3 trillion ($460 billion), 1% of GDP, by 2020.

To that end, Nike has partnered with China’s Ministry of Education to encourage physical activity in schools, a program Dong insists is more than a vanity exercise. For school coaches and local leagues, the retail giant enlists best-in-class international training to help “elevate the school games for kids,” she said.

Looking ahead at China, Dong said: “We are very confident. But we are not complacent. We know the competition is very intense in the marketplace.”