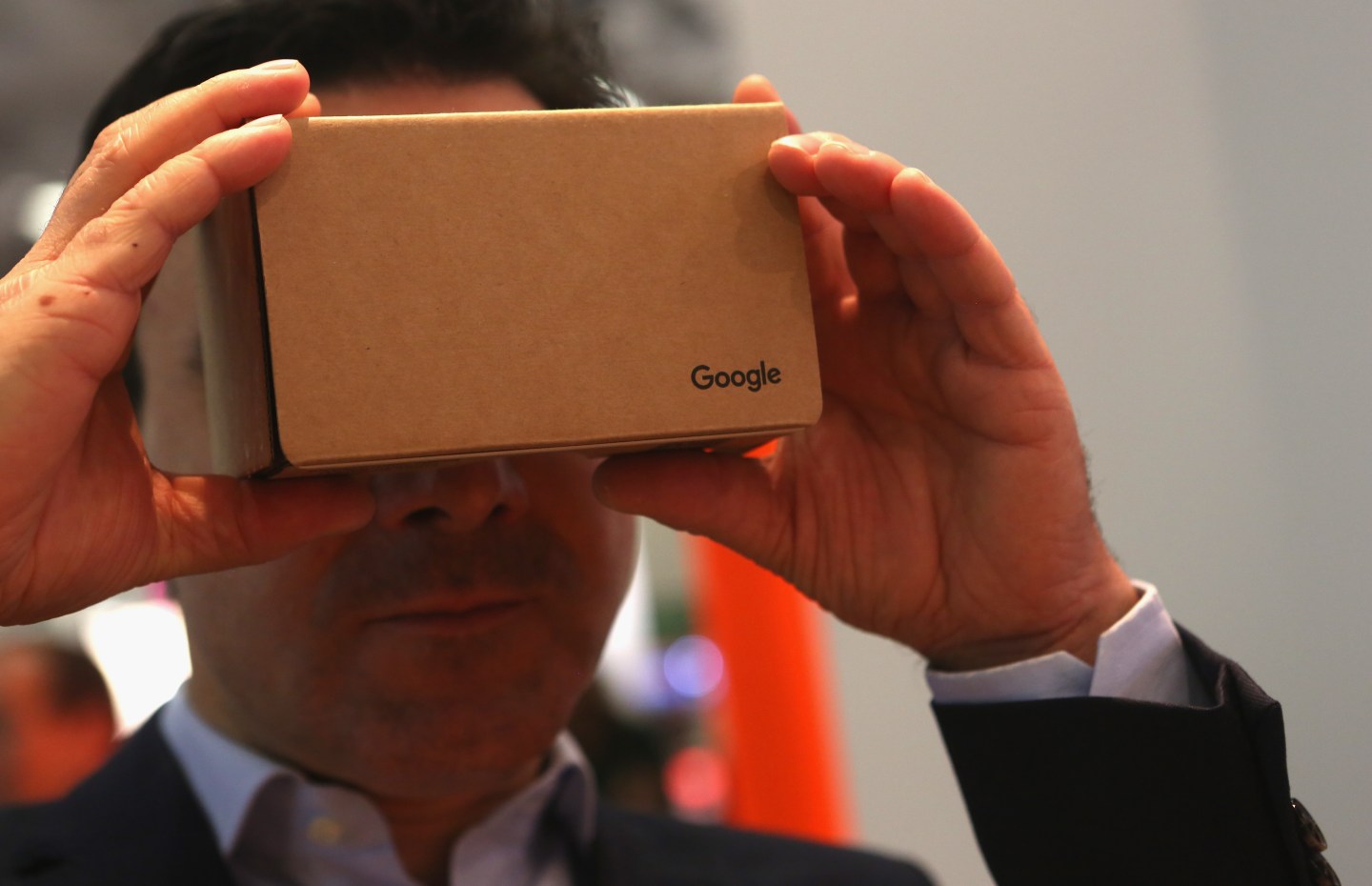 Google has moved a lot of cardboard over the past two years.

The search giant said this week that it had shipped over 10 million of its cheap Cardboard virtual reality headsets since their debut in 2014, marking a milestone that shows more people now have access to viewing 360-degree photos and videos than they could in the past.

As the name implies, the headset is built with cardboard and doesn’t contain the heavy duty cameras and sensors like more expensive competing devices do. The Cardboard headset is essentially a souped-up version of the old-school View-Master toys, except people can watch online videos or photos in 360 degrees.

It should be noted that Cardboard is significantly less powerful than virtual reality headsets like Facebook’s (FB) Oculus Rift, the HTC Vive, and Sony’s PlayStation VR. Unlike those headsets, which sell for hundreds of dollars and require either a beefy computer or, in the case of Sony, a PlayStation 4 console, Cardboard sells for $15 and merely requires a smartphone to connect to.

Cardboard is also less powerful than other mobile VR headsets like Google’s Daydream View and Samsung Gear VR, which cost $80 and $100 and are compatible with special controllers that provide more functionality than the headset alone.

In addition to selling Cardboard, Google (GOOG) has given away millions of the headsets—helping to boost the number of devices that it has shipped. One such promotion included a 2015 deal with The New York Times in which the news organization shipped a million Cardboard headsets along with its newspaper to subscribers to promote its virtual reality documentaries.

Still, Google sees a bigger business in selling its more expensive Daydream VR headset, and is already shifting much of its marketing in terms of big press conferences and other promotions to the newer device. Indeed, in the corporate blog post announcing the latest Cardboard shipment numbers, Google also bragged about its Daydream device, calling it “more comfortable, interactive, and immersive” than the cheaper Cardboard headset.

Google is pitching the Daydream headset as the superior product that was built “with lessons learned from Cardboard.”

Google has not disclosed shipping or sales data for Daydream, but new research from VR and video game analyst firm SuperData projects that Google will ship about 6.8 million Daydream headsets in 2017.

In January 2016, Google said it had shipped 5 million of its Cardboard headsets.