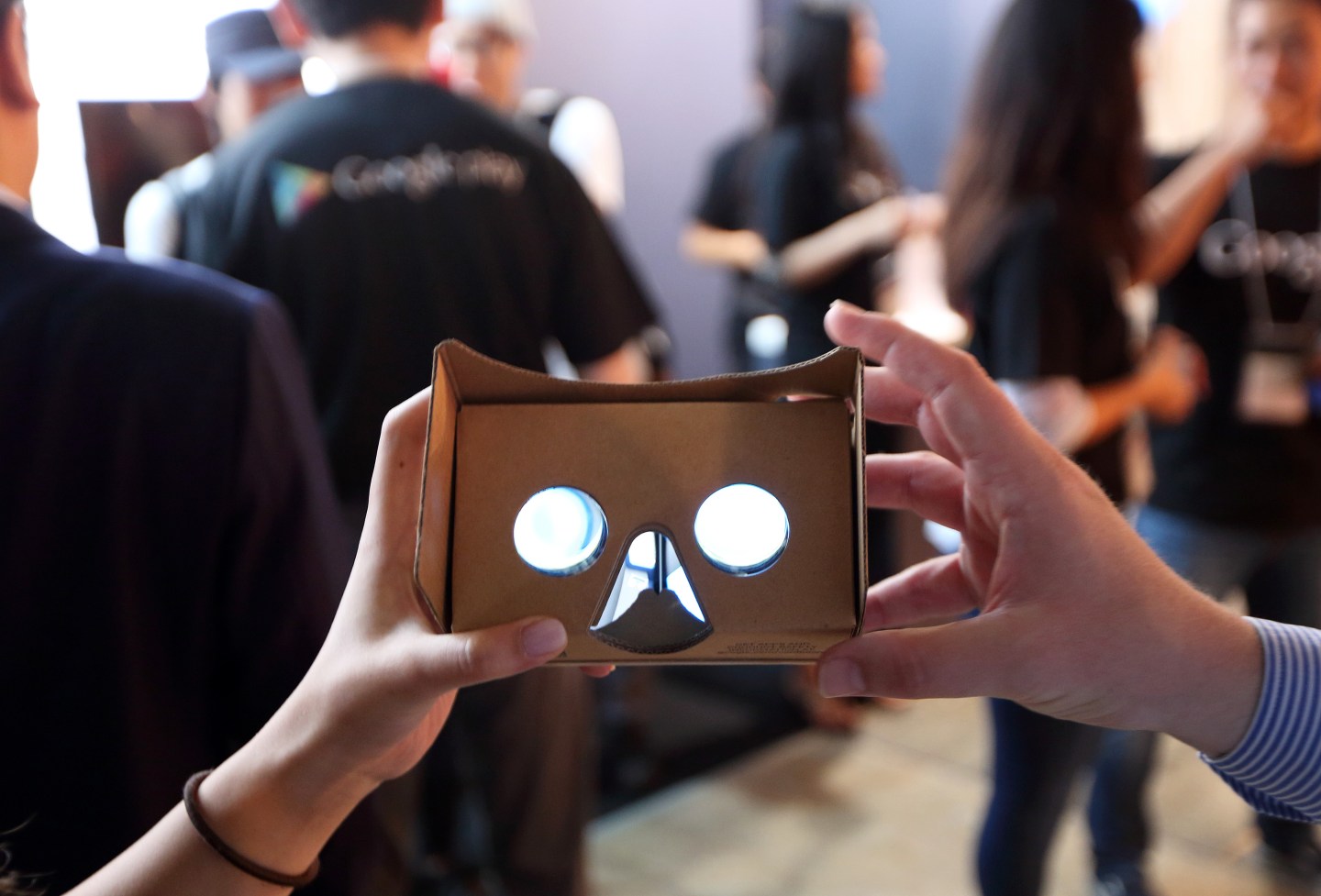 It’s no secret that one of Google’s next big bets is on virtual reality including its recent creation of a new virtual reality division within the company. On Wednesday, the tech giant touted the early progress of its virtual reality viewer for Android phones, Cardboard.

Google (GOOG) has used Cardboard, made literally from cardboard, as an inexpensive and easy way to popularize its virtual reality technology on Android phones. In October, the company partnered with the New York Times to send one million readers free Google Cardboard devices so they could watch New York Times-created virtual reality documentaries.

But more recently, it’s become clear that Google has bigger ambitions of being a leader in the field. Recent job postings indicate that the company may be developing a new VR hardware headset that would rival those developed by Samsung and Facebook’s Oculus VR. Google just appointed Clay Bavor, previously Google’s vice president of product management and one of the creators of Google Cardboard, to head the new virtual reality division.

Google is likely to face heated competition in the race for virtual reality dominance. Facebook (FB) just started taking pre-orders on its Oculus Rift VR device, which costs $600 and requires a souped-up personal computer to operate. Apple (AAPL) could also be joining the mix after hiring a leading academic in virtual reality last week. When asked about virtual reality on Tuesday’s earnings call, Apple CEO Tim Cook said that he doesn’t think VR is a niche product. “It’s really cool. It has some interesting applications,” he added.