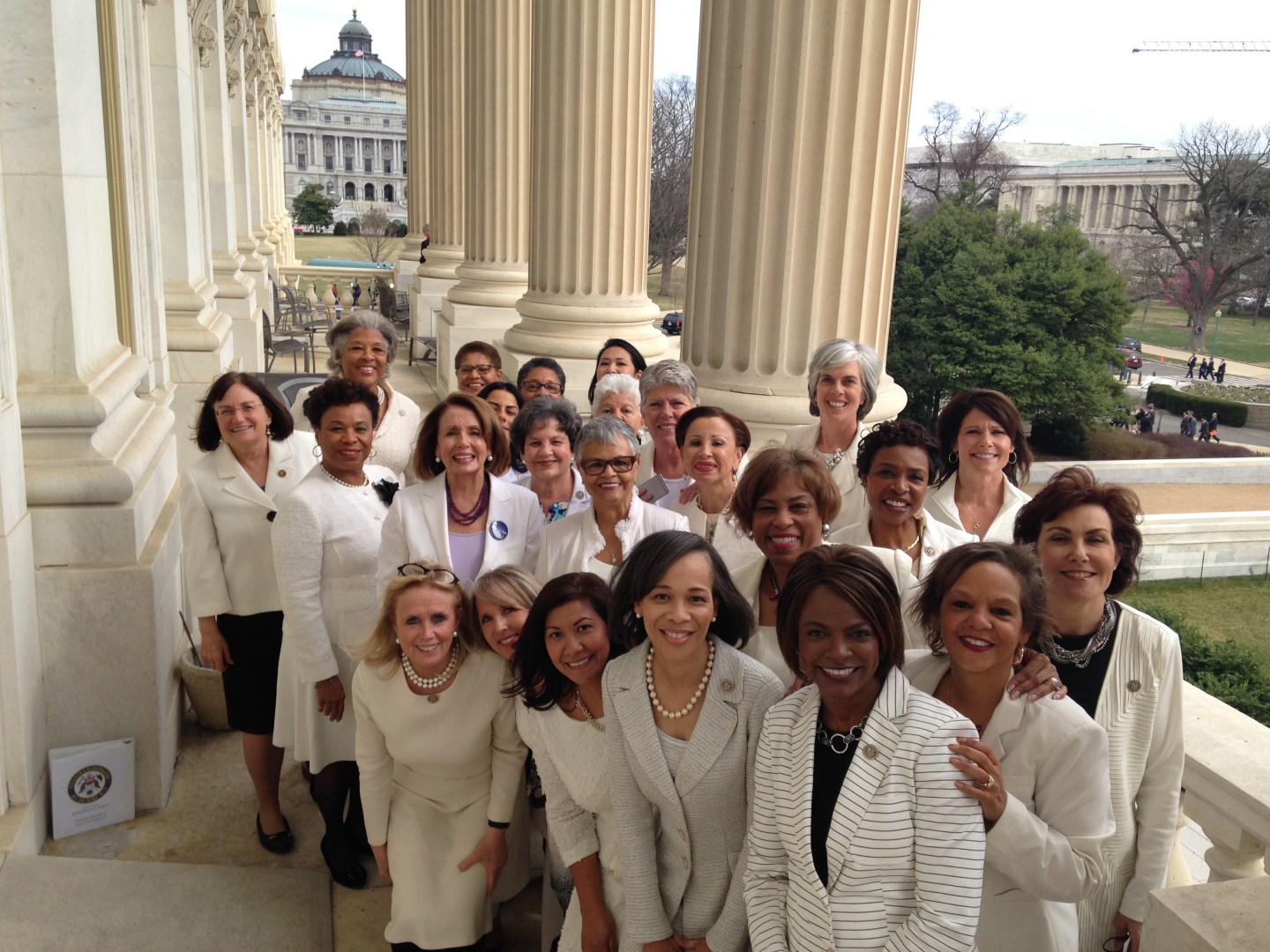 Democratic congresswomen will wear white to “stand in solidarity with the women of our nation."
Photo courtesy of the office of Congresswoman Lois Frankel

The heads of the Democratic Women’s Working Group, including Chair Lois Frankel, (D-Fla.), penned a letter to members Monday—asking them to wear white in honor of the suffragette movement. However, their motive goes beyond this: Those participating will also “stand in solidarity with the women of our nation,” according to the letter.

“White symbolically brings a reference back to the days of suffragettes,” Frankel tells Fortune in an interview. “But it also shows we don’t want to go back, we want to go forward [with women’s rights].”

The decision to wear white also came from a place of “dignity,” she says.

“We decided as a caucus that we wanted to be respectful and dignified. We’re not going to wave signs,” she says. According to Frankel, “dozens” of women (and men) will show support Tuesday evening. Currently, there are 66 Democratic women in the House, which includes delegates.

This “white out,” so to speak, comes after some critics say Trump’s presidency has unleashed a war on women’s rights. Shortly after his inauguration, Trump signed an anti-abortion executive order that reinstated the Global Gag Rule. This policy, which President Ronald Reagan first instated in 1984, bans federal funding for international non-government organizations that offer abortions, including the International Planned Parenthood Federation. Just the next day, the House passed the Hyde Amendment—legislation that bans the use of federal funds to pay for abortions. It also restricts abortion coverage via private insurance. However, the Senate has yet to approve the bill.

“Women all over this country are terrified right now,” Frankel says. “They’re afraid of losing access to reproductive choice, afraid of Planned Parenthood getting defunded, afraid of an Affordable Care Act repeal, and losing access to affordable birth control.” Specifically, those in white will be showing their support for access to affordable healthcare, a woman’s right to make her own healthcare decisions, equal pay for equal work, paid family leave, and more, Frankel explains.

White has been the color of choice as of late, at least in the sense of making a political statement. For example, former Democratic nominee Hillary Clinton wore a white pantsuit during her final presidential debate in October of last year. And on Election Day, Clinton supporters wore white when they went to the polls—honoring those who fought for a woman’s right to vote.