8 Essential Things To Take With You When You Travel 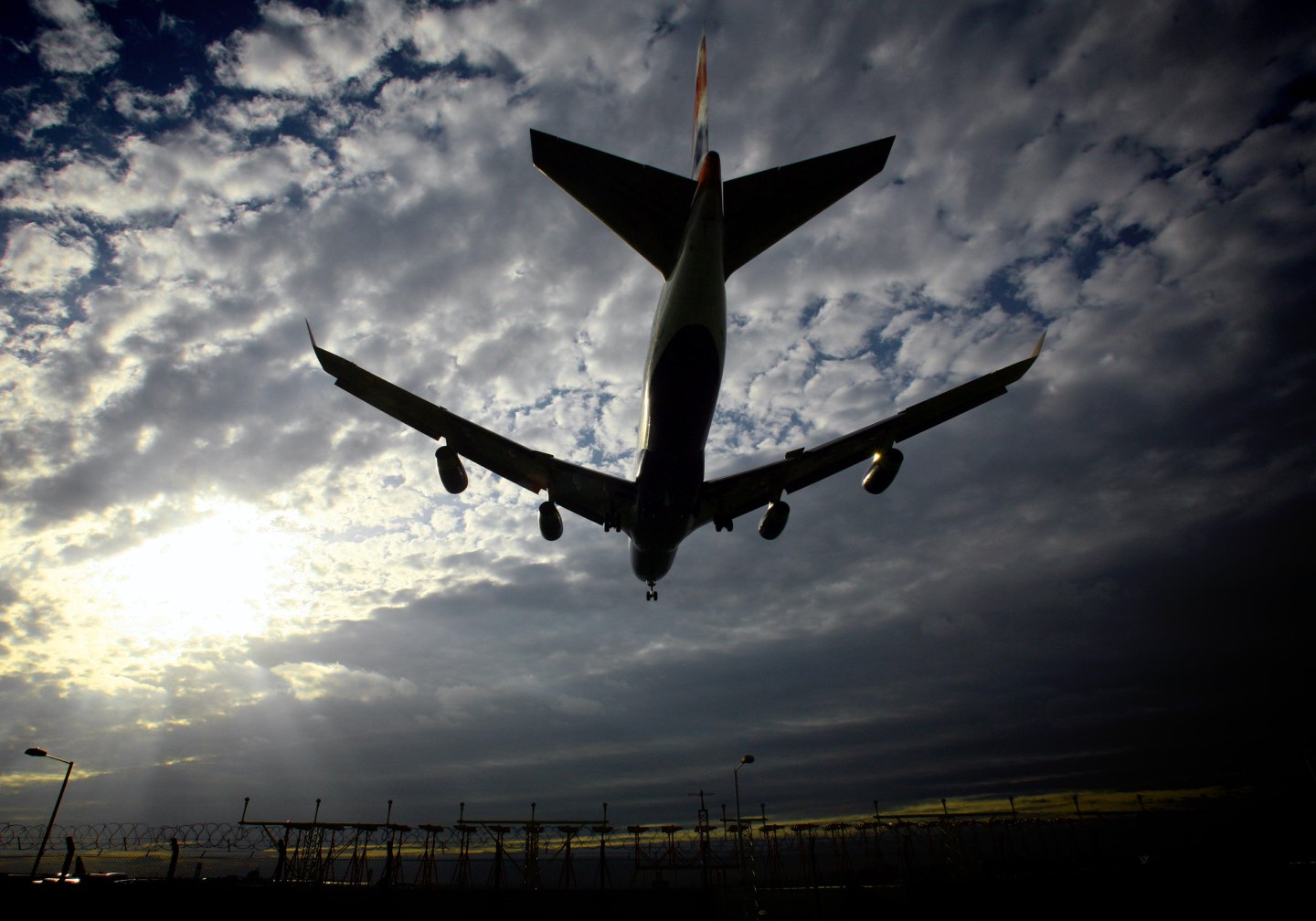 LONDON - MARCH 16: A plane comes into land at Heathrow Airport on March 16, 2007 in London. A US government agency has announced that winter in the Northern Hemisphere this year has been the warmest since records began. Air travel continues to be a major source of debate; attempts to slow climate change with radical policies are being tabled by scientists and politicians. Hybrid buses, which use a combination of diesel and electric power, are said to be central to the Mayor and Transport of London's plans for a cleaner, greener bus fleet in London, and aim to start cutting the capital's Carbon Dioxide emissions helping to tackle climate change. (Photo by Matt Cardy/Getty Images)
Photograph by Matt Cardy—Getty Images

Whether you’re a seasoned business traveler or just getting away for a few days, you know that hitting the road often has its share of inconveniences.

Overcrowded planes, traffic nightmares, sneaky airline add-on fees, and spotty hotel online connections can make it hard to get work done or to unload some of the stress that life has heaped on your shoulders. But there are ways to ease those tensions.

Technology has made travel a lot easier in the past few years—and we’re not talking about fancier airplanes or quick check-in kiosks in hotels. Here are a few devices that make it easier to bring home-like comforts with you while you travel, saving you time, frustration, and maybe even a little money.

It’s difficult to replace the tactile joy of turning a page. But that loss may be offset by no longer having to tote a 600-page hardback around airports and onto planes. There are a number of different Kindle digital readers to choose from, but the cheapest isn’t the best way to go. Instead, the $120 Kindle Paperwhite or $200 Voyager are good investments. Both offer better screen resolution and a backlight. The Voyager also automatically adapts its screen brightness to your surroundings and lets you turn the page without having to manually swipe or use other typical e-reader methods. Both offer an easy-to-read screen and substantial battery life (in the 28-hour range) as well. And, as with any e-reader, the ability to carry an entire library with you (and instantly buy new books) is priceless.

Hotel TVs typically have a very limited selection of cable channels—and there’s no DVR to let you skip commercials. You could rent a movie, but it’s usually not worth the inflated price. There’s often a spare HDMI port on that in-room set, though. And while some streaming sticks might overload the hotel Wi-Fi (or be blocked by it), Google’s Chromecast ($35-$59, depending on model) lets you use your phone’s 4G connection to increase your viewing options. Netflix, Hulu, and HBO Go all tie in with the device, as well as over three dozen streaming sports apps, along with games and music. If you’ve got to kill time in a hotel room, at least you’ll have something good to watch.

Related: Cut the Cord With These Cable-Killing Gadgets

Looking for the assortment of entertainment or gaming apps found on an iPad, but need to get some work done as well? The iPad Pro, which costs $599 to $1,129, is among the priciest of Apple’s tablets, but with its large screen and keyboard cover, it’s also, arguably, the most work and entertainment friendly. The bigger screen means you can watch movies in-flight without squinting. The keyboard cover lets you write emails (or even documents) without having to hunt and peck onscreen. And you can keep your kids entertained without having to hand over your phone.

On the road for business, or expect to do some work even though you’re on vacation? A dependable laptop is essential. Apple fans gravitate to the MacBook, which weighs just 2 lbs. and has a 10-hour battery life. It costs $1,300 to $1,600. If you’re a PC person, though, Dell’s XPS 13 (which ranges in price from $800 to $1,600) is a solid choice. At 2.7 lbs, the battery can last up to 15 hours—and the borderless display (meaning there’s virtually no bezel surrounding the screen) makes the onscreen images pop. It’s thinner than the MacBook, and Dell’s UltraSharp QHD+ screens are nearly as good as Apple’s Retina display.

It’s a hotel truism that there are never enough outlets for your electronics—especially in these gadget-intense times. So one of the best things you can bring with you is a power strip. Too many of those are heavy and bulky, though. Belkin’s BST 300—a $20 three-outlet surge protector with two USB ports—is small enough to fit in a backpack or purse. It not only ensures you’ll be able to plug in (and charge) all of your devices, it also will protect them if a severe lightning storm rolls through town when you’re on the road.

Airlines made an estimated $22.5 billion in 2015 from fees, a large part of which from checked-in baggage. And if your suitcase is above the maximum allowance, those charges skyrocket. A bag that’s 51 pounds, for instance, on American Airlines, will cost you an extra $100 on domestic flights. If it’s 71 pounds or more, it’s a $200 fee. This $8.50 portable scale attaches to your suitcase’s handle. Then just lift the luggage in the air and its weight will display on the LED screen. That can give you time to either transfer items into a carry-on or lighter suitcase, or swing by a UPS or FedEx store to mail some of your belongings home (for a much lower rate).

Even if you’re obsessive about charging your mobile devices at night, there’s a real chance your battery will start to run low at the end of the day—especially if you’re on vacation and using your smartphone for directions or to send texts and photos to friends. The PowerStation is a $50 portable battery that carries two additional full charges for your phone (and sometimes more). It has two USB ports, in case you and a companion both need to recharge at the same time. It’s remarkably fast. And, at just 5.6 ounces, it won’t weigh you down. Best of all, unlike some chargers that lose their juice after a few uses, the PowerStation will still work years after you buy it.

Hotel Wi-Fi isn’t always reliable. If it’s especially crowded, there are often too many people trying to access it at once, resulting in frustratingly slow speeds. If you’ve got a wired Internet option in your room as well, this $28 travel router lets you easily set up your own network, which you won’t have to share with other hotel guests (but can with anyone you’re traveling with). It has a simple interface and high bandwidth—and you can have as many devices as you’d like online at once. It’s also a nice workaround if you’ve brought a streaming stick like a Roku or FireTV that requires Wi-Fi to operate.