Chipotle’s Digital Orders Are Getting A Lot Faster 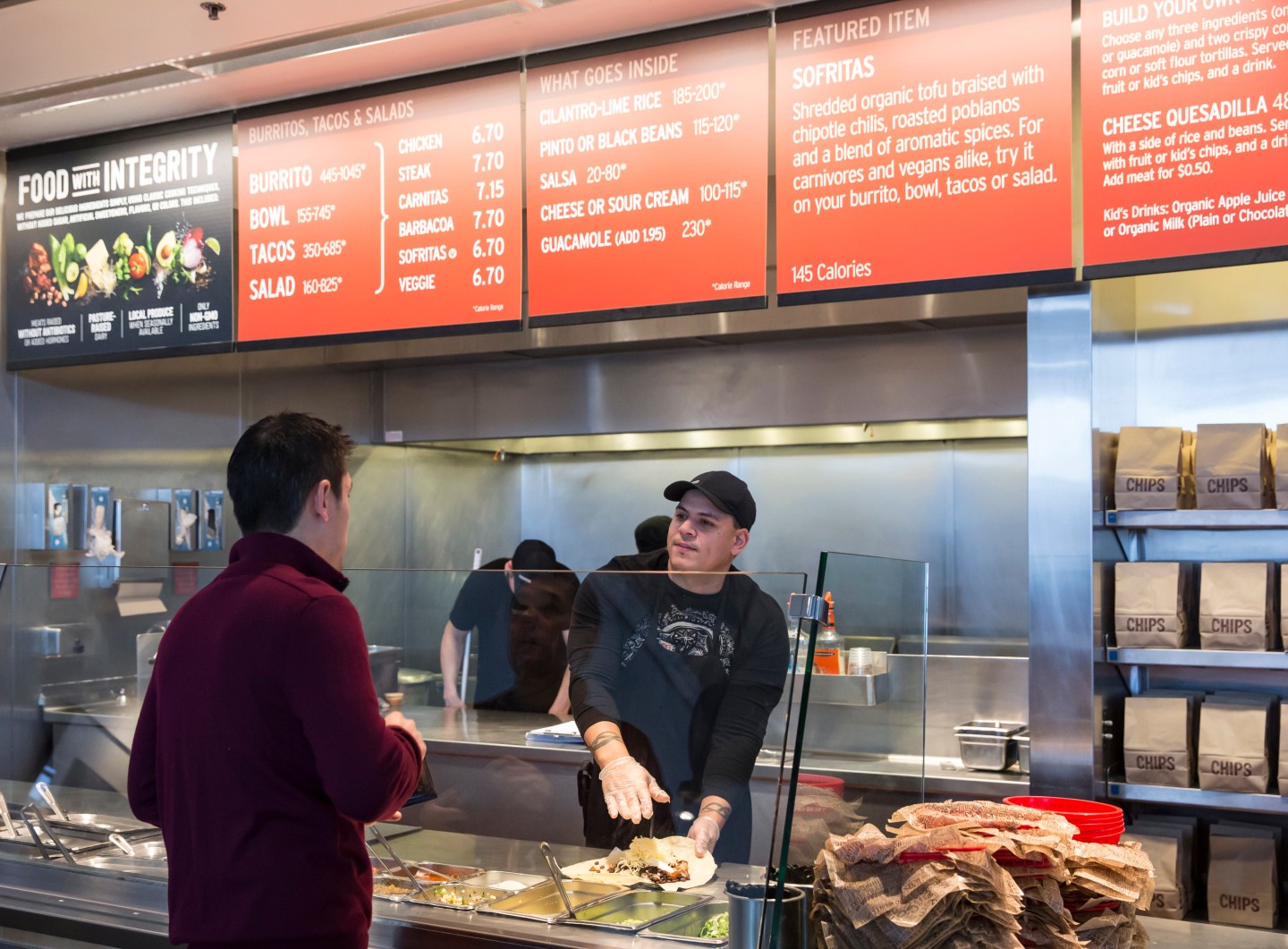 FILE - In this Dec. 15, 2015, file photo, a Chipotle Mexican Grill employee, right, prepares a burrito for a customer in Seattle. Chipotle is still trying to convince people that its food won’t make them sick, with plans to run another newspaper ad outlining the steps it has taken since an E. coli outbreak in 2015. The ads on Wednesday, Sept. 21, 2016, will be in the form of an open letter from co-CEO Steve Ells, and will be also be promoted online along with a video message from Ells that goes over the same points. The move underscores the company’s struggles to bounce back from a series of food scares and finally extinguish any doubts that its burritos and bowls are safe to eat. (AP Photo/Stephen Brashear, File)
Stephen Brashear—AP

Chipotle Mexican Grill says the wait times for customers that place digital orders has been trimmed by 50%, as the fast-casual chain aims to better compete in a restaurant scene that is becoming increasingly mobile.

On Monday, Chipotle (CMG) said that nearly all of the company’s roughly 2,100 restaurants had fully implemented the company’s “Smarter Pickup Times” technology, resulting in shorter and more accurate pickup times when customers place their orders via a mobile device or their desktop computers. And while Chipotle is known for helping perfect the fast-casual trend of a conveyor belt-type food ordering system, it promises the investments in tech won’t disrupt that order flow for those in line at the front of the store. Digital and catering orders are made entirely on a second line in the back of the restaurant and thus don’t interrupt the service for in-person customers.

“The most exciting thing [about this technology] is that there is a Chipotle inside a Chipotle,” Chief Marketing and Development Officer Mark Crumpacker told Fortune in an interview. “It gives us so much flexibility.”

The investments Chipotle has made in “Smarter Pickup Times” are an evolution of how the company has been processing digital orders in recent years. While Chipotle has had an app since as far back as 2009, most orders at that time were actually coming from offices via fax. The wait times were then manually set at the individual restaurant’s discretion: meaning a restaurant manager could say that the order could take half an hour or even longer during peak periods. But sometimes, restaurant operators would forget to change the setting during lull times, so wait times remained inadvertently long.

Order wait times are now automated and Chipotle has invested in staffing by ensuring each restaurant has a takeout specialist that is dedicated to orders that are processed outside the restaurant, including for the company’s catering business. There are also dedicated staff assigned to that second line of service during peak lunch and dinner rush periods.

In some ways, that’s a competitive advantage to other chains that are trying to incorporate mobile ordering into their restaurants. Starbucks (SBUX), for example, has a wildly popular mobile app ordering system but recently said the popularity of mobile order and pay has led to big crowds waiting for orders and thus hurting the flow of traffic. Executives say it is an operational issue that will be addressed.

Mobile ordering has for years been a big opportunity for restaurants, as they aim to process more orders booked online, tinker with delivery options and also the option to get your order delivered to your car. Pizza chains like Domino’s (DPZ) have long been on the forefront of these endeavors, though others like Starbucks and Panera Bread (PNRA) are also investing heavily in the space.

“We have thousands of customers that are placing digital orders even before the restaurants are open,” said Chief Information Officer Curt Garner, who said some of those orders were being placed for hours in the future. That’s a newer feature thanks to investments Chipotle made on the back end.

Adding digital options for customers creates new challenges for any restaurant chain looking to implement those new processes. Some of Chipotle’s older restaurants are decades old and thus weren’t made to deal with hordes of customers coming in to pick up orders processed outside the restaurant. Chipotle will need to invest in some physical makeovers to make those locations more efficient to the new mobile world.

And then there is the issue of the fax machine. Chipotle says that it still uses them, because some customers have gotten into the habit of booking orders that way. However, the company’s executives say the fax isn’t viewed as a logistical barrier.

“The idea for us is to make CMG available to people in any form they want it,” said Crumpacker.