American Debt Set to Pass Financial Crisis High. 3 Reasons Not to Panic, Yet 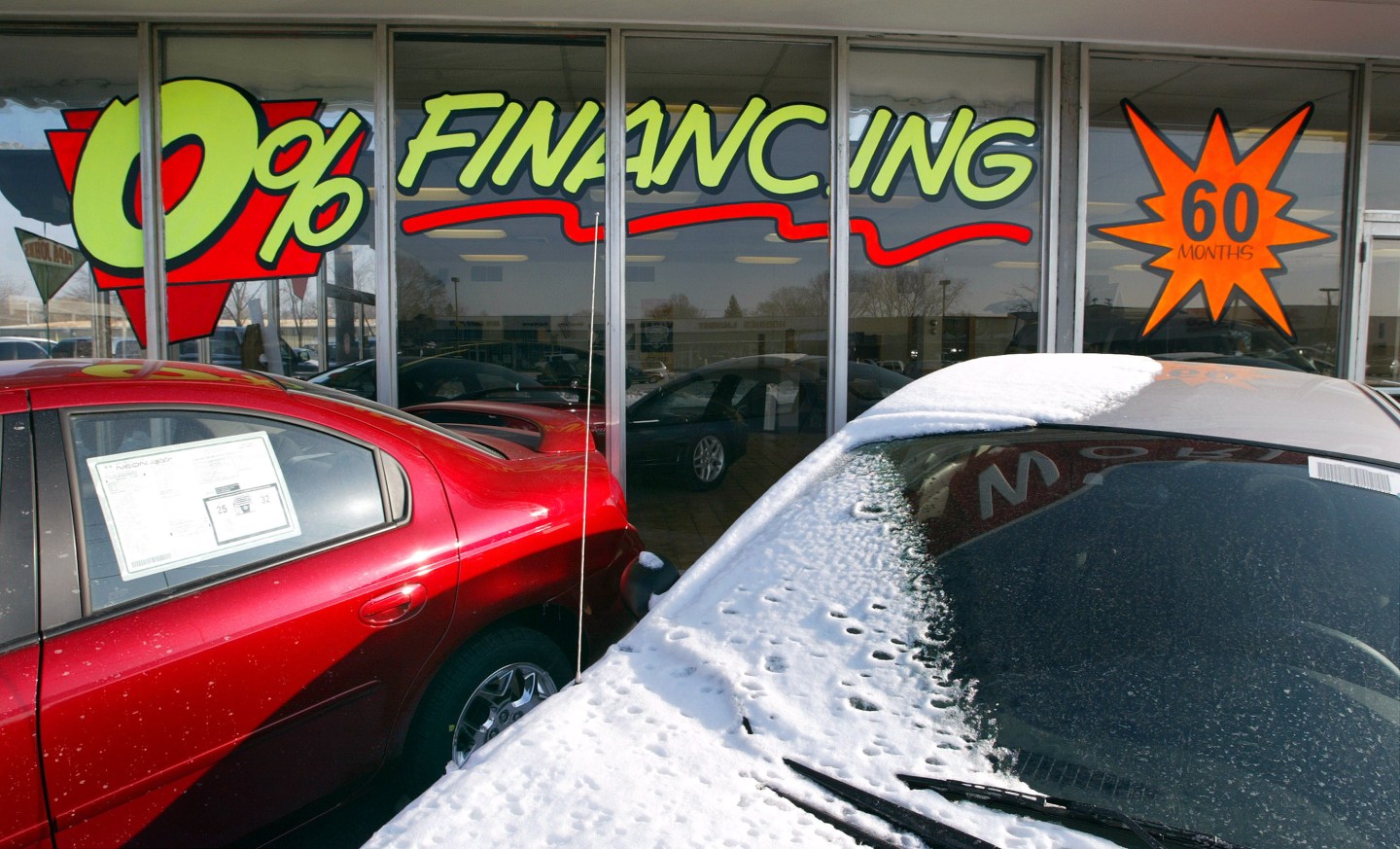 Americans are nearly as much in debt as they were at the peak of the trouble back in 2008. At face value, that fact sounds pretty alarming. Dangerous, even.

But there’s little reason to fear. Here are three reasons why consumer balance sheets are actually healthy, especially when compared to their precarious pre-crisis condition, and one area that perhaps we should be worried about.

The whole economy has grown. U.S. households held $12.58 trillion in debt at the end of 2016, according to the latest data released by the Federal Reserve Bank of New York last week. That’s the highest level since 2008, and just a hair below the all-time record reached during the financial crisis. In fact, at current growth rates, New York Fed economists estimate household debt will almost surely surpass the record in 2017.

Those numbers, though, don’t account for population growth over the last eight years, which has added roughly 20 million new people to the country. Nor does the number account for rising household incomes, inflation, or the economy’s growth since 2008.

When looking instead at household debt as a percentage of GDP, debt is actually hovering near its lowest levels since 2002 – at around 79%.

And when compared to household incomes, the debt picture looks more conservative. Americans spend about 10% of their disposable income on debt payments, as opposed to about 13% pre-crisis. That number—called the debt service ratio—is now near its lowest levels since at least the 1980s, according to the Federal Reserve.

The types of debt are different. Households have been taking on debt more rapidly over the last year, but economists see that as a natural progression of things as the economy grows and credit conditions improve.

Meanwhile, the composition of credit has changed. The latest run-up in debt has been driven mainly by student and auto loans, rather than housing. Whereas back in 2008, mortgage and home equity lines of credit made up 79% of household liabilities, now housing debt makes up just 71%.

As New York Fed President Bill Dudley noted in a speech last month, this is a surprising development given that mortgage debt tends to follow the cycle of housing prices, which are back near their pre-crisis peak. But having gotten burned in the last recession, Americans are probably more reluctant to tap into that equity.

“The previous behavior of using housing debt to finance other kinds of consumption seems to have completely disappeared,” Dudley said. “Instead, people are apparently leaving the wealth generated by rising home prices ‘locked up’ in their homes.” That’s a good thing.

The people holding the debt are different. New York Fed economists point to what they call “the graying of American debt.”

Meanwhile, the quality of credit has been tightening. The median credit score for borrowers receiving new auto loans has recently ticked up to 700, and for mortgages, it’s up to 763. Overall, delinquency rates have declined.

“Household balance sheets are unusually strong for an expansion approaching its eighth birthday,” wrote Morgan Stanley economist Ellen Zentner. “There’s more cushion than ever to absorb rising interest rates or a general slowdown in the economy.”

Nonetheless, there is one area that presents a red flag: Subprime auto loans. Balances of subprime auto borrowers—those with a credit score under 620—have surpassed their pre-recession peak. Meanwhile, delinquencies on auto loans—meaning car loans that were more than 30 days late—rose about 14% over the last year.

“As yet default rates are not rising broadly across the suite of consumer credit products and we’ve got a long way to go before a turn upward there signals the beginning of the end for the consumer,” Zentner said.