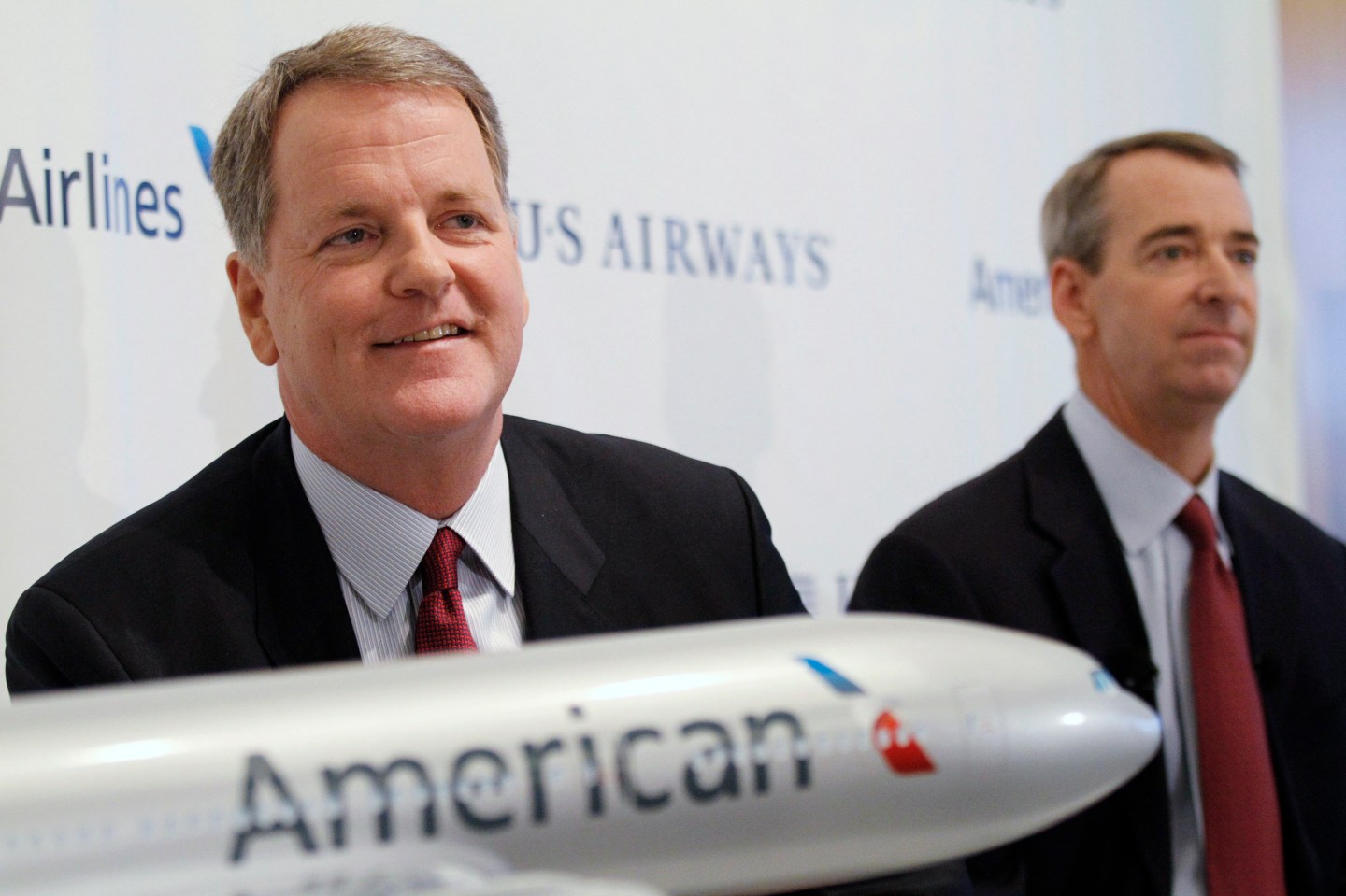 The pilots’ union, the Allied Pilots Association (APA), issued a symbolic vote of “no-confidence” in Parker’s leadership abilities. It also cited lagging pay increases compared to pilots at other carriers and “questionable economic and strategic decisions.”

American Airlines (AAL) spokesman Matt Miller said in a statement that the union and the airline share the same goal and that they “have a solid foundation in place upon which to build.”

American had said at the time of the White House meeting that Parker’s decision not to meet with Trump and other airline executives was due to a previously scheduled leadership conference.

At a picture-taking session on Thursday just ahead of the meeting, Trump called the U.S. air traffic control system out of date and criticized its cost. After the meeting, Airports Council International-North America President and CEO Kevin Burke said airport officials had urged Trump to lift the cap on airport passenger fees to address airport infrastructure needs.

“We’ve watched Mr. Parker and his team being out-managed by our competitors’ executives and have lost trust in their ability to lead and protect the interests of American Airlines employees and shareholders,” the APA said in a statement.

“His decision to disrespectfully not accept an invitation to meet with the President of the United States has left the APA leadership and many of our pilots amazed at the lack of judgment and leadership exhibited,” APA President Dan Carey said in the statement.

The APA represents some 15,000 pilots at American, the world’s largest airline, according to the group’s website.

While employees at Delta Air Lines (DAL) and United Continental Holdings (UAL) have seen significant pay raises in recent months, management at American has declined to enter pay negotiations with its pilots and other labor groups, straining an already tense relationship between unions and the company’s top brass, APA spokesman Dennis Tajer said.

“We want a change. If it’s Doug Parker changing the way he’s (running) the airline and operating it, so be it,” Tajer said in a telephone interview.