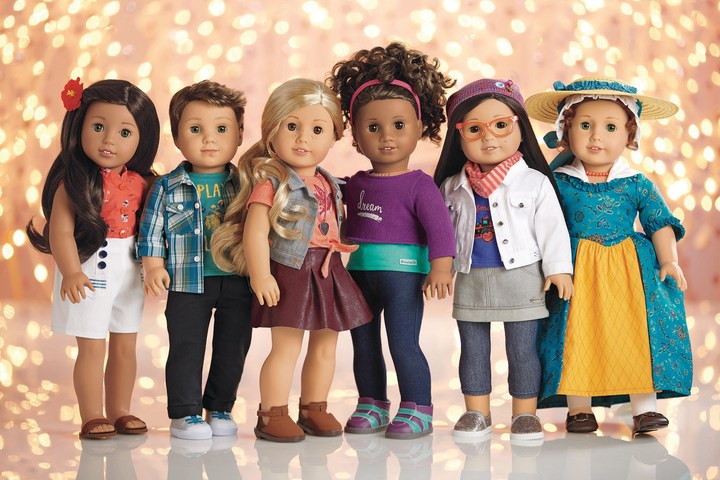 American Girl has added a boy character to the doll’s lineup for the first time in the brand’s 31-year history.

Mattel on Tuesday announced two new characters that would be released later this week just ahead of the industry New York City Toy Fair—Nashville singer Tenney Grant and her drummer friend, Logan Everett. Logan is the brand’s first-ever boy doll, an 18-inch figure with brown hair, gray eyes and a drum set.

The move by Mattel—which paid $700 million for the brand in 1998—to launch a boy character and recently, modern girl figures is part of a strategy to reach young children on a more personal level. American Girl was a private brand that first launched in 1986 as a catalogue business and first introduced historical characters, including Victorian-era Samantha and colonial girl Felicity. The more recent focus has been on contemporary characters like Tenney and Logan.

But the addition of Logan represents a broader move by the industry to play with gender in a way that moves away from standardized norms. Hasbro (HAS), for example, a few years ago launched a gender-neutral Easy-Bake Oven after a child campaigned for a baking toy that could be more suitable for boys. Popular brands like Nerf and Lego have also devised toy lines that are aimed at girls—seeking to make those toys more relevant for that gender after historical popularity with boys.

The addition of an American Girl boy character is a move in the opposite direction. Of course, Logan could be primarily played with by young girls, though he could be appealing to young boys as well.

Mattel has made some interesting innovative moves to make the company’s core brands more relevant with today’s young children. After decades of only selling one size of Barbie (and often, making her blonde), Mattel last year created a lineup of four different body types and several different skin complexions for Barbie. That line was well received by toy industry observers and shoppers.

American Girl, meanwhile, has been a study and popular brand for Mattel. Worldwide sales for American Girl totaled $570.8 million last year, flat from 2015. It is also highly profitable, as American Girl has long been viewed as a premium brand, enabling it to charge higher prices for the dolls than many competitors.