Why Mobileye Shares Are Soaring Today 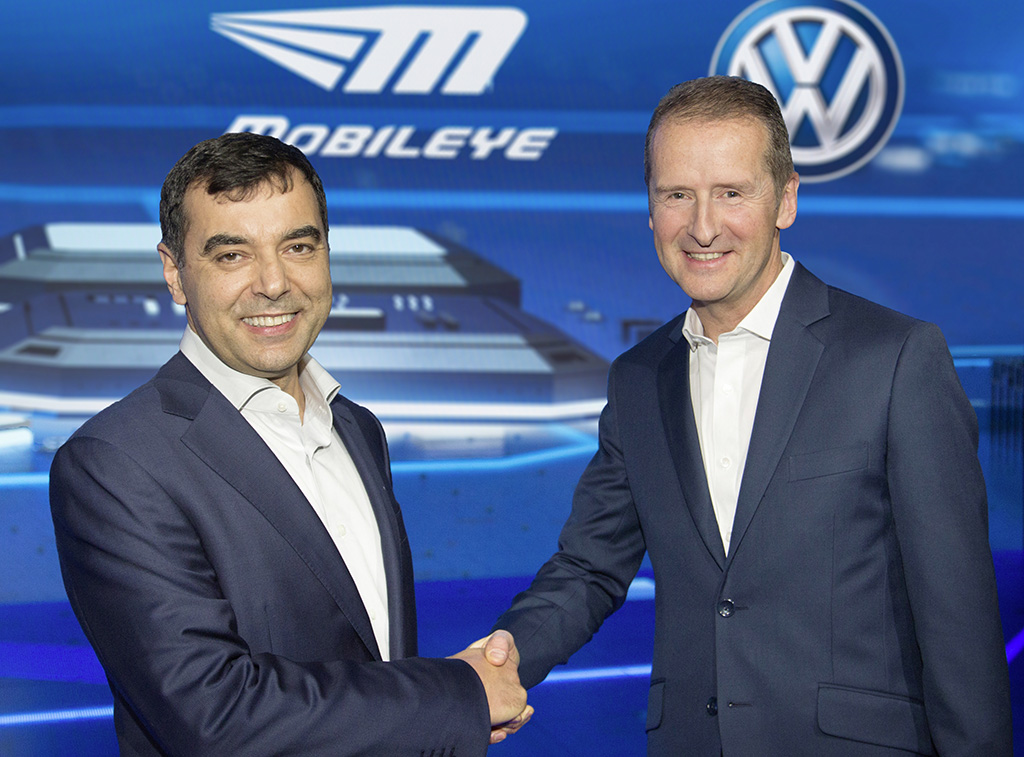 Volkswagen announced that it will integrate Mobileye’s camera-based mapping and localization technology in its cars beginning in 2018. The system will let the companies jointly collect and share real-time data from the tens of thousands of new Volkswagen vehicles equipped with the technology.

Shares of Mobileye rose more than 8% during trading Monday, at one point hitting a high of $47.22.

Mobileye makes vision chips and software that interprets data from a camera to anticipate possible collisions with cars, people, animals, and other objects that are used by nearly two dozen automakers, including Audi, BMW, General Motors, and Ford. Tesla (TSLA) was also a customer before the two companies dramatically parted ways last year.

This alliance with Volkswagen is the second to focus on autonomous vehicles.

The Mobileye mapping technology that will be future Volkswagen cars is called Road Experience Management (REM) and automatically generates high-definition maps that can be collected and shared in real-time. Volkswagen cars equipped with front cameras are able to capture lane markings and road information via an optical sensor system from Mobileye. That information in compressed and then sent into the cloud. The cumulative fleet data can, in turn, be used to continually improve high-definition navigation maps for car localization.

The companies say this crowd-sourced data will act as the foundation between automakers to jointly produce maps that are needed for autonomous driving. In other words, Mobileye and Volkswagen want to merge data from different automakers and create a single high-definition world map.

“The future of autonomous driving depends on the ability to create and maintain precise high-definition maps and scale them at minimal cost,” Professor Amnon Shashua, co-founder and chief technology officer of Mobileye said in an statement.

Advanced mapping data helps autonomous vehicles know where they are in the world. If that information can be shared with other self-driving cars on the road, then traffic flow, routing, and navigation can all be improved. The end result, theoretically, would be less traffic congestion, less emissions, fewer costs, and safer travel.

Mobileye’s REM system has two big advantages, according to Gartner analyst Mike Ramsey. The system uses a single sensor—a forward-facing camera that is cheap and ubiquitous—and small data packets of under 10 KB per kilometer for uploading data (because no one wants to pay for massive uploads of data and bandwidth usage).

In July, BMW, Intel, and Mobileye announced a partnership to produce self-driving cars for city streets by 2021 and develop the technology as an open platform that can be used other automakers or ride-sharing companies. The three companies plan to will put a fleet of about 40 autonomous BMW cars on the road by the end of 2017.