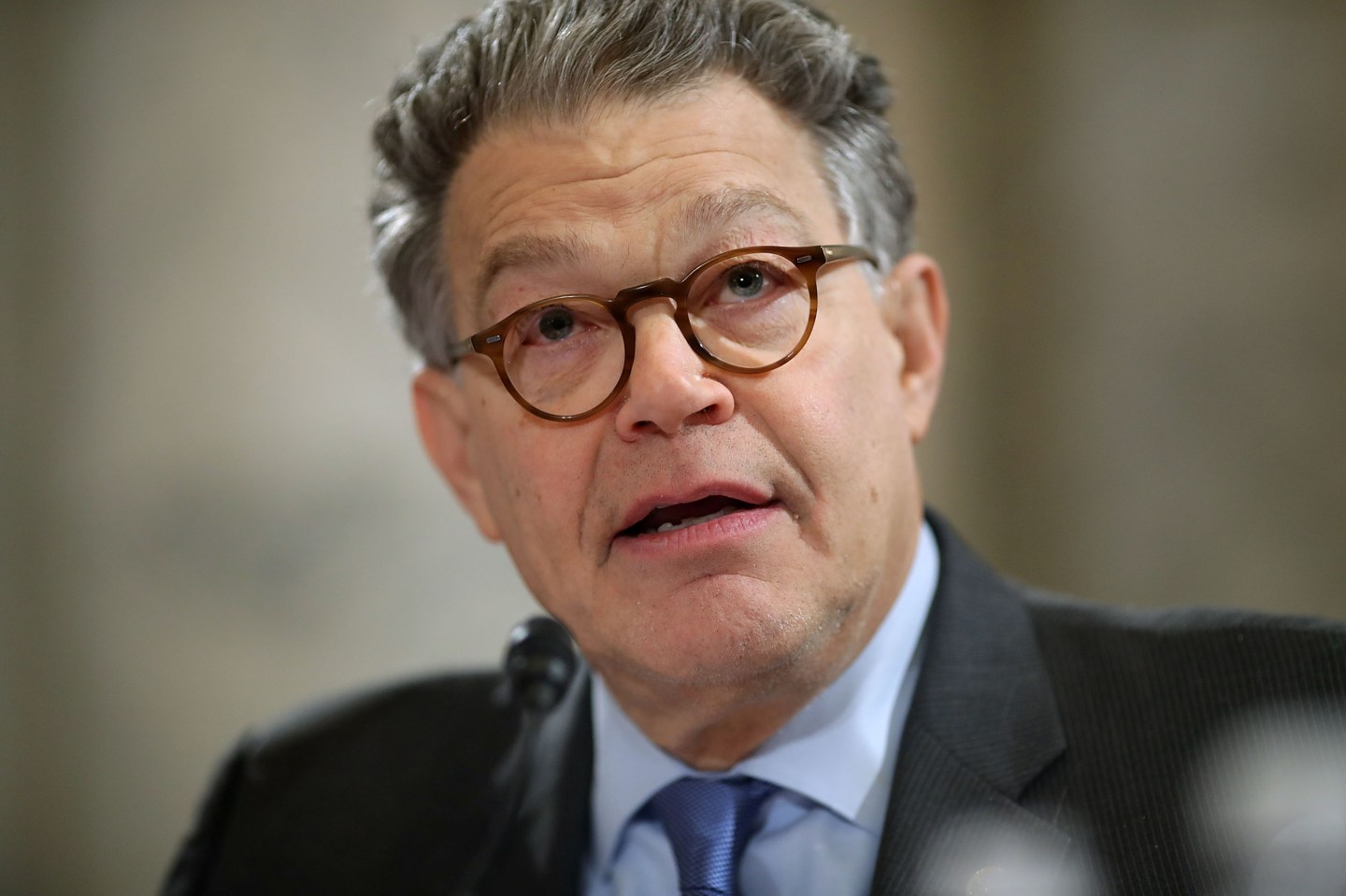 WASHINGTON, DC - JANUARY 10: Senate Judiciary Committee member Sen. Al Franken (D-MN) questions Sen. Jeff Sessions (R-AL) during his confirmation hearing to be the next U.S. Attorney General in the Russell Senate Office Building on Capitol Hill January 10, 2017 in Washington, DC. Sessions was one of the first members of Congress to endorse and support President-elect Donald Trump, who nominated him for Attorney General. (Photo by Chip Somodevilla/Getty Images)
Chip Somodevilla—Getty Images

A Democratic senator claims that “a few” of his Republican colleagues have expressed concern to him about President Donald Trump’s mental health—and that stems from questions about Trump’s truthfulness.

Minnesota’s Al Franken tells CNN’s “State of the Union” that the concern arises “in the way that we all have this suspicion” that “he lies a lot. He says things that aren’t true. That’s the same as lying, I guess.”

Franken cites Trump’s groundless claim that he would have won the popular vote in the presidential race if not for 3 million to 5 million immigrants in the country illegally voting for his Democratic opponent, Hillary Clinton.

And Trump is said to have told some senators in a private meeting at the White House that he and former Republican Sen. Kelly Ayotte would have won in New Hampshire if not for voters bused in from out of state.

Franken is looking at those examples and saying: “You know, that is not the norm for a president of the United States, or, actually, for a human being.”